What to do in Nashville – for Swifties, partiers, and everyone else 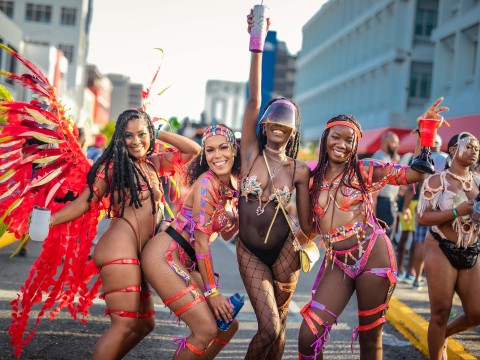 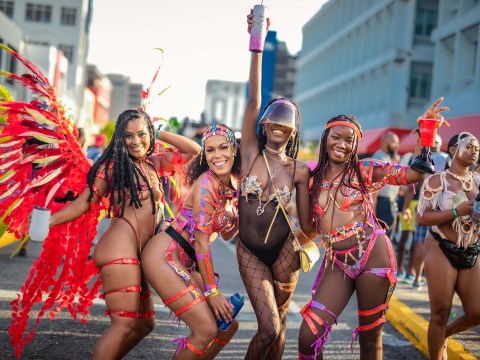 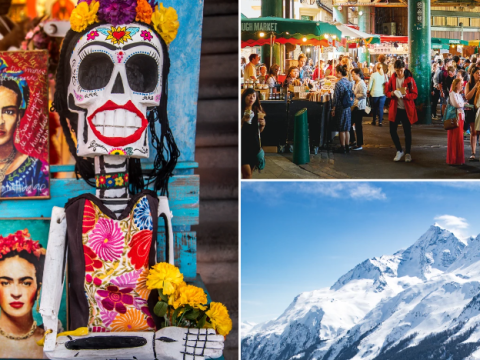 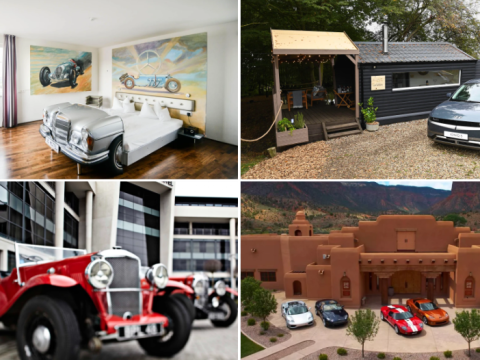 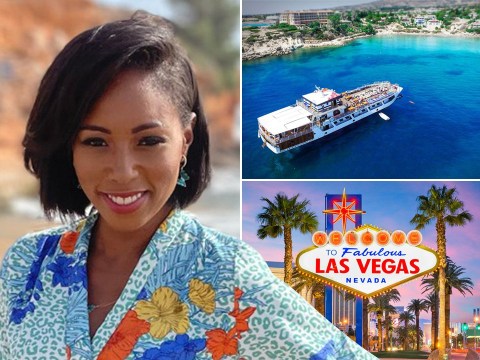 If I had to sum up Nashville in a single word, it would be ‘woooooooooooooo!’

Before I visited this summer, I had never experienced a place which vocalises its excitement with such enthusiasm: people hooting and hollering out of novelty trucks and limos, whooping and cheering as they careened from one honky tonk to another.

Having acquired the nickname ‘Nashvegas’, the Tennessee city has become one of the US’s top destinations for bachelor and bachelorette parties, and its status as the capital of country music is undisputed.

But that’s just one side to it: away from its boisterous downtown, the city is graced with a plethora of excellent restaurants and scruffy-chic dive bars, and one of the most exciting alternative music scenes in the US.

But there’s no escaping country music in Nashville. One of the most commercially successful genres in the US, it’s historically been seen as irrelevant and somewhat embarrassing in Britain— but that’s beginning to change.

According to a Guardian article published this year, country music is the fastest growing music genre in Britain. Taylor Swift – who began her career in Nashville – has arguably done more to change country music’s reputation than anyone, while Dolly Parton – who hails from nearby Knoxville – has become a widely-revered meme queen amongst millennials and Gen Z. She is now something approaching a living saint, regularly lauded for her outsize generosity and political interventions as well as her music. Kacey Musgraves, who currently lives in Nashville, is both commercially popular and critically acclaimed, which would have been an unthinkable combination for a country artist a decade ago. Lil Nas X’s smash hit ‘Old Town Road’ is a country song, kind of, while queer artists like Orville Peck are helping to move the genre away from its reputation as stuffy and conservative.

At one point, visiting Nashville for country music might have been a niche proposition for British tourists, but that’s no longer the case.

If you have even a cursory interest in the genre, it’s an exhilarating place to visit.

To start with the city’s most famous district, Broadway strip: a cacophonous strip of ‘honky tonk bars’ and elaborate neon signs in the shape of guitars and cowboy boots.

I went to check it out as soon as I arrived, jet-lagged and tipsy after eight hours of steady drinking on the flight, and it was one of the most frenetic and frankly deranged urban environments I’d ever experienced.

It’s a full-on sensual assault: the smell of barbeque, the neon lights; the sound of a hundred different bar bar bands clashing together; trucks driving past and blasting Drake (somehow, it’s always Drake); bikers revving their engines for no discernible reason. There is an enormous, somewhat gothic skyscraper which locals call ‘The Batman’ looming over it all, which adds to its phantasmagoric quality.

Broadway is undeniably tacky (if you don’t believe me: Kid Rock owns a bar there), but I liked it a lot.

For all the comparisons it’s earned to Las Vegas, it reminded me more of Newcastle – and I mean that as a compliment. I got the sense that if I actually lived in Nashville I would never want to hang out here, but as a tourist it was great.

Other cities have music scenes, Nashville has a music industry. This lends it a certain romance: almost everyone I spoke to had travelled from somewhere else with the dream of making it big. In just two days of chatting to random people in bars, I met stylists, bookers, and managers, as well as musicians.

Away from the honky tonks of Broadway, Nashville is teeming with DIY gigs and open mic nights. It felt like the centre of something. But many of the music industry types I spoke to felt conflicted about the city’s rapidly accelerating popularity as a party destination: the influx of new hotels, they suggested, was making everywhere more expensive and having an adverse impact on the local scene.

The following morning I woke up early and went to the National Museum of African American Music, which opened to great fanfare in 2021. The exhibition charts the history of Black American music from its African roots and early development through to the blues, jazz, gospel, soul, funk, disco, house, techno and hip hop.

It makes you realise that, when it comes to popular music, just about everything is indebted to African American culture. It also shows how the development of Black music was bound up with resistance to racism, from slavery through to Jim Crow era and beyond.

In this sense, it’s a celebration of resilience, endurance and creativity in the face of the most brutal oppression imaginable: blues, for example, is rooted in the call-and-response work songs which enslaved people sang while toiling in the fields, as well as the culture of ‘invisible churches’ in the South, where people would gather to worship in secret.

A guide to Jamaica Carnival: The Caribbean's best party is back

Moving ahead of time, the exhibitions show historical trends like ‘the great migration’, when African Americans moved from rural areas in the South to big cities, helped to develop these genres.

Alongside the more sombre aspects, there are a lot of fun interactive exhibitions. You can dance along with a gospel choir, make your own hip-hop beat, and rap along – with prompt-words – to a pre-recorded track: when I tried my hand at this, I was so terrible at it that I fled the studio in shame as a mechanical voice echoed behind me, ‘your freestyle rap has now been recorded’. My enemies take note: this recording, should it still exist, is probably the only thing with which you could blackmail me. All in all, the NMAAM was one of the best museums I’ve ever visited.

The second day, when I’d planned to visit some country-themed attractions, everything went wrong.

I was struck down with the worst hay fever of my life, to the point I was almost blinded, staggering around downtown Nashville like a zombie, arms outstretched and wandering into traffic. If you ever visit in summer, remember your antihistamines.

In a stunning display of bravery and perseverance, I eventually made it to the Country Museum and Hall of Fame.

While I didn’t vibe with it quite as much as the NMAAM, and the fact I was struggling to open my eyes without experiencing excruciating dampened my enjoyment, I could still recognise that it was a good museum.

It’s slick, nicely-lit, and it felt satisfyingly expensive – it’s just nice to wander around somewhere that feels like it’s had an extravagant amount of money spent on it.

The exhibition itself contextualises the social history of country music in a way that – even as someone who isn’t a huge fan – was really interesting. It offered some interesting parallels with the history of African American music: for example, the development of the country was similarly shaped by the ‘great migration’ of white rural workers from the countryside to the city.

There’s a lot of fun artefacts on display, my highlight being the leopard-print dress Shania Twain wore in the video for ‘That Don’t Impress Me Much’.

Swifties will not be disappointed: Taylor has an education centre based there, and there’s loads of guitars and dresses belonging to her, alongside a giant tour bus emblazoned with her face.

By this point, I knew that I had to visit East Nashville: every single person I’d spoken to had told me it was by far the coolest district of the city.

But to my shame and lasting regret, my hay fever had become so bad that all I could do was return to my hotel and lie in bed with wet towels on each of my eyes, self-medicating with medicinal drops and bottles of Corona.

As such, I feel I cannot offer an authoritative review of Nashville. I failed in the one thing I set out to do – please forgive me.

But if you do ever make it to East Nashville, one woman I spoke with in a bar recommended the following dive bars: Dino’s, Lakeside, Dukes and Cobra. She seemed really cool so I feel confident in co-signing her recommendations.

I also spoke with British fashion designer and East Nashville resident Andrew Clancey, who has achieved acclaim for his sparkly, sequined outfits and dressed celebrities including Beyoncé and Taylor Swift.

‘Nashville just seemed like it was the centre of a new movement,’ he says, explaining his decision to move here from New York ten years ago. ‘Every genre is here, it’s not just country.’

To Andrew, East Nashville is where it’s at. There’s lots of great restaurants, dive bars, and ‘interesting little hidden places’, even though it’s getting more expensive.

‘The people that live here are more creative than on the other side of the river, which is the money side,’ he tells us. ‘And there’s definitely more musicians over here than anywhere else. You’re only ever a few steps away from a band playing music as well. When you go to a karaoke bar, everyone is absolutely amazing.’

Even if its pollen had reduced me to a husk, I came away liking Nashville. The city feels the purest distillation of a certain style of Americana, even if it’s an ersatz and commercialised one that’s constantly on the verge of self-parody (arguably, it is this very quality which makes it authentically American).

A guide to Jamaica Carnival: The Caribbean's best party is back

When it comes to Broadway, I could understand why people who lived in Nashville didn’t like it much. Undeniably, it felt like a tourist trap. But its sights and sounds will stay with me for a long time, and I’m glad I got to experience it.

Thanks to the Nashville Convention & Visitors Corp and Loews Vanderbilt Hotel.


MORE : A guide to Jamaica Carnival: The Caribbean’s best party is back


MORE : What you can get away with taking from a hotel room – and what you definitely can’t