The Splash Zone 11/18/22: Who should Dolphin fans root for this weekend? 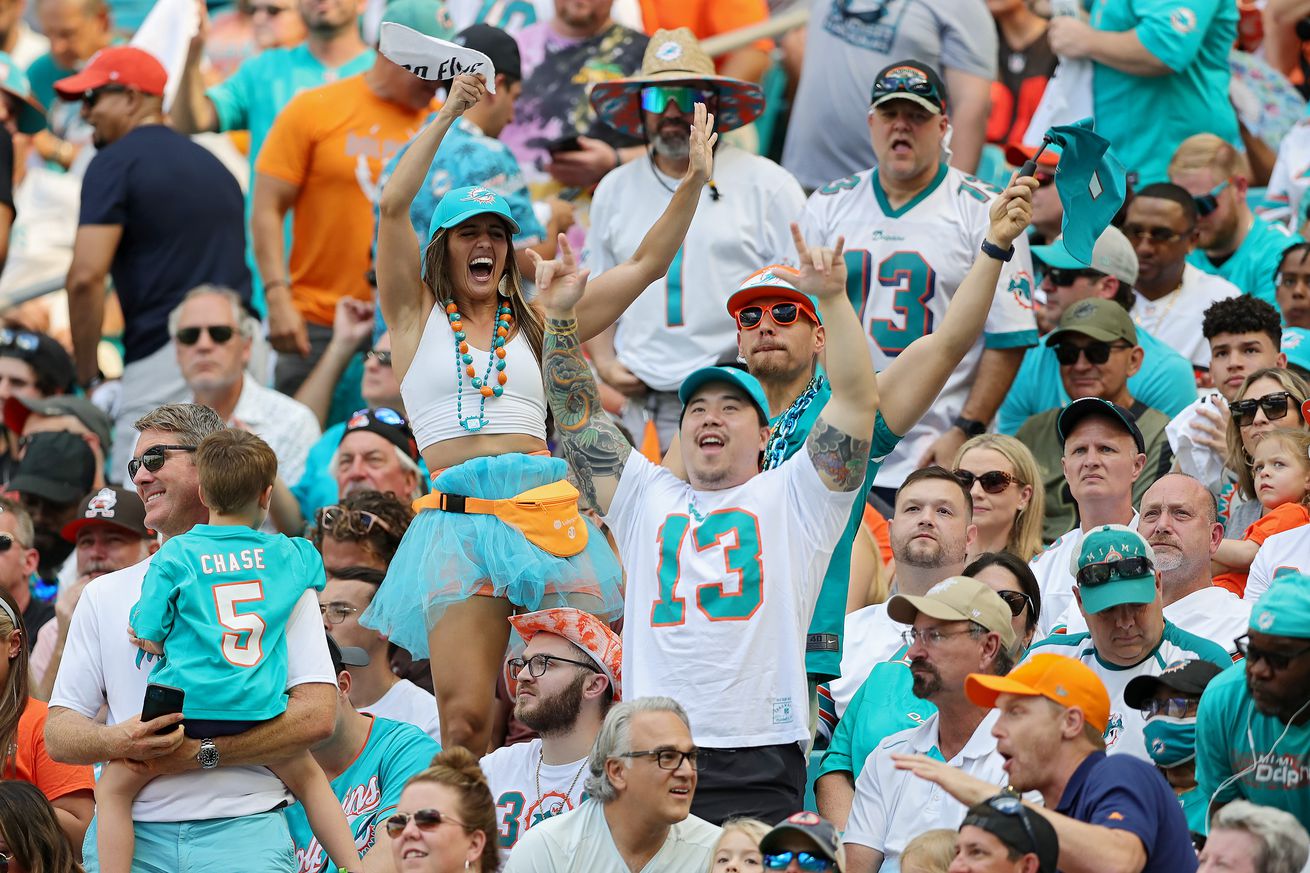 The Miami Dolphins are on their bye this weekend, meaning fans will have to fill the void by watching some other teams play. The Dolphins currently sit at the top of the AFC East, so rooting against the other three teams in the division is already pretty easy. The New York Jets and New England Patriots will be facing off against each other. We’d probably want the Patriots to win this one, but either of these two losing helps the Dolphins. Meanwhile, the Buffalo Bills will be taking on the Cleveland Browns in Detroit, due to the blizzard that will be hitting New York over the weekend.

A Miami Dolphins fan’s guide to watching games during the bye week
The Dolphins aren’t playing Sunday as they enjoy the final day of their bye week, but at 7-3 and first place in the AFC East, it’s not too early to look at the weekend slate and think of how it could impact them.

Where each Dolphins rookie stands and how he could contribute to playoff push
After trading most of their 2022 draft capital for wide receiver Tyreek Hill, the Dolphins weren’t expected to have significant contributions from their rookie class. However, the team has called on multiple first-year players in the first half of the season.

Inside the Numbers: Midseason Recap
Heading into their Week 11 bye, the Miami Dolphins are off to a 7-3 start under first-year head coach Mike McDaniel. That puts the Dolphins atop the AFC East thanks to their best 10-game start since 2001.

Miami Dolphins News 11/17/22: Could Dolphins win the AFC East? – The Phinsider
Welcome to the Splash Zone, the quickest way to get your day started off right. We bring you a rundown of Miami Dolphins news from the last 24 hours.

State of the Dolphins Address 2022 – The Phinsider
My mid-season diagnostic of the Miami Dolphins as we enter the Week 11 bye.