The 5 best hikes in the Cotswolds 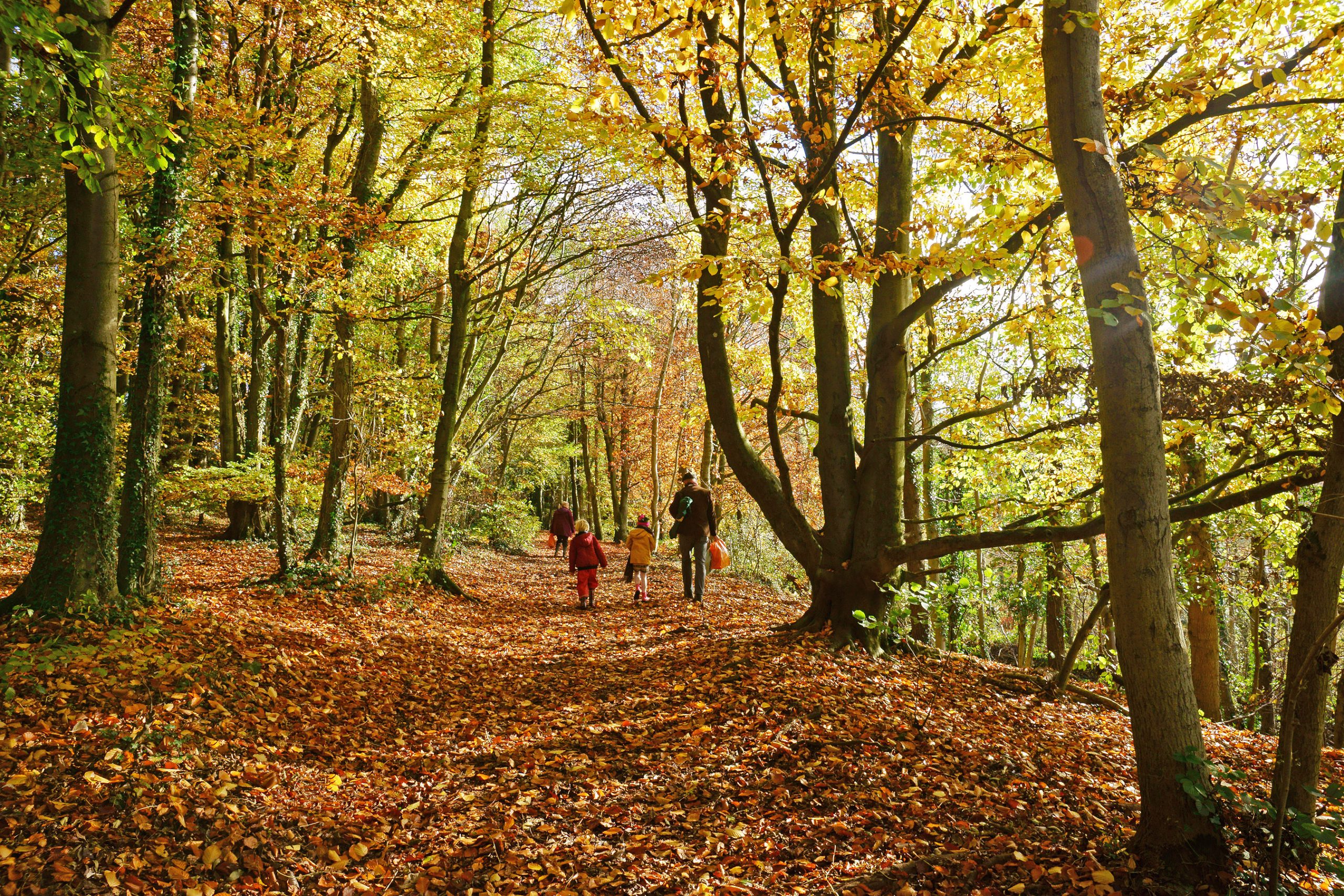 With gentle rolling hillsides, villages of thatched cottages and all the tea shops and pubs one could want after a long day’s hike, strolling through the Cotswolds is one of the top ways to experiene this beloved region of England.

From gentle rambles to endurance-testing treks, the Cotswolds offers a wealth of trails for exploring. Expect wooly sheep, pretty rivers and photogenic bridges aplenty. Here are some of the best walks in the Cotswolds Area of Outstanding Natural Beauty.

Explore the planet’s most surprising adventures with our weekly newsletter delivered to your inbox.

This short, straightforward route centers on the ancient site of the Rollright Stones, a series of Neolithic and Bronze Age limestone monuments. Well posted with signs, this is an easy, self-guided walk to enjoy. It’s a great route for families, though there are a few stretches of intense elevation.

Starting and ending in the peaceful village of Salford, you’ll hike out into the rolling hills and open farmland of the northeast Cotswolds and pass three stone monuments, dubbed the King Stone, the King’s Men circle and the Whispering Knights. Large and peculiarly shaped, the King Stone was erected in 1500 BCE as a permanent memorial to the burial ground here, and thought to have been chipped away at by souvenir hunters over the centuries.

The King’s Men stone circle dates back to around 2500 BCE and consists of over 70 oolitic limestone stones in a circular formation. It’s all but impossible to count the stones in the King’s Men circle: according to legend, if you think you’ve managed it and you get the same number three times, you’re granted one wish.

About 400m east of the stone circle, the Whispering Knights predates its neighbor by over 1000 years. Four upright stones and a large, fallen capstone mark the burial chamber. This is one of the first known funerary monuments in England.

The Stones are one of the best places for stargazing in the Cotswolds. They’ve been credited with a Dark Sky Discovery Award in recognition of the views of the Milky Way from here.

This is the shortest walk in the Cotswolds on our list, and perfect if you want a straightforward route ending with some great food. The 5-mile (8km) trail takes you through the grounds and park of the Gothic Revival, Grade 1–listed Woodchester Mansion (which you might recognize from The Crown on Netflix). The ground is gravel for most of the way, so this is the best option for an accessible walk in the Cotswolds.

It’s fascinating to see inside the house. In the unfinished interior, you’ll look at unplastered walls, below the floorboards and underneath the ceilings of a country house from the mid-1860s. Throughout the building, you should also look out for stone carvings inspired by the surrounding valley.

To do the walk, start at the National Trust car park and follow the trail through woodland, over a dam and alongside a pond to see abundant insects, birds and fish. Enjoy the wooded valley views in Woodchester Park, with bats flying overhead in the evening, before looping back on the other side of the pond. You’ll finish the walk at the 350-year-old Rose & Crown pub in Nympsfield. We love capping off a day of hiking with a “doorstep” sandwich (thick cuts of bread with a plentiful choice of filling) and a pint.

For a long, rewarding hike, tackle the Cotswolds Way

One of the UK’s best hikes, the Cotswolds Way National Trail takes in over 100 miles of rolling pastures, pretty villages, and sites of historical battles and neolithic burials. Starting in the market town of Chipping Campden and ending in the city of Bath, this one is for through-hikers looking for a challenge.

Stop off along the way at such stately homes as 17th-century Dyrham Park and the Jacobean manor Stanway House. You can also take in impressive monuments like the 65ft Broadway Tower and the Tyndale Monument. The latter structure honors the 16th-century scholar William Tyndale, a man who risked everything to bring the Bible to English in their everyday language.

A few steep climbs on the Cotswolds Way provide impressive views toward the River Severn and the Malvern Hills. As one of England’s top National Trails, the route is well marked: look out for the acorn markers as you pass through wildflower meadows and shaded woodlands.

Summer is the best time of year to walk the Cotswolds Way – just make sure you take sunscreen and enough water to last the trip. It can be walked year-round but can get very muddy after heavy rain.

The Windrush Way is the best hike for wilderness and castles

Its remoteness makes the Windrush Way one of the best hikes in the Cotswolds. Meander the banks of the River Windrush, enjoy strolling through pastures and alongside fields of wheat, and take in the views on this gorgeous walk through the countryside.

The route runs from Abbey Terrace in Winchcombe to the war memorial at Bourton-on-the-Water. Along the way, you’ll pass the enigmatic Sudeley Castle (with over 1000 years of fascinating history and 10 magnificent gardens) before soldiering on through open fields, past the streams and woods and over the hills, as you follow the trail.

This is one of the more remote walks in the Cotswolds, and as you won’t go through villages in between make sure you pack all the food and drink you think you’ll need. This is your opportunity to lose yourself in the Cotswolds wilderness, with wildflowers, rural farmlands and overgrown bridleways at every turn, as well as interesting plant life on the banks of the river. The beautiful countryside looks even better on a sunny day, so pick yours wisely for this one. Take your camera to capture the pretty woodland settings, especially when the light comes in just right between the trees.

This relatively flat circular walk goes through picture-perfect villages like Bourton-on-the-Hill and Longborough, past stately Sezincote House. Built in 1805, this mansion has a Neo-Mughal design that stands out against the Cotswolds countryside. You can spot its weathered-copper onion dome from afar – the cherry on top of 3500 acres of temples, grottoes, canals and waterfalls that evoke India.

Since the Moreton-in-Marsh walk starts and ends at the train station in the market town, it’s a great choice if you’re exploring the Cotswolds by train. The walk is relatively straightforward, though since you’ll need to walk on little bridges over streams by marshy banks be sure to wear appropriate footwear.

You’ll pass quite a few pubs along the route. We’d recommend The Black Bear Inn, where you’ll get a friendly welcome along with some hearty traditional English food. The beef-and-ale pie should top off your walk quite nicely.