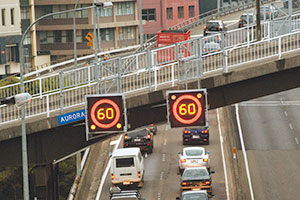 “This week, NZTA released its Interim State Highway Speed Management Plan which proposes to reduce speed limits on State Highways across New Zealand, with some highways having their speed limit slashed from 100km/h to 60km/h.

“This is a short-sighted, quick-fix attempt to address the problem of road safety that doesn’t deal with underlying issues like poor road maintenance and the proper enforcement of road rules.

“While National supports variable speed limits outside schools during pick-up and drop-off times, this proposal is the first step towards reducing the speed limits on all State Highways across the country to a maximum of 80km/h.

“Blanket speed limit reductions will increase travel times for Kiwis, increase the costs of moving freight, and frustrate motorists trying to move around the country.

“Instead of investing in our roads to make sure they’re fit for purpose and safe to drive on, Labour is taking the easy way out once more, with a simplistic solution that won’t make a meaningful difference.

“Kiwis need both safe and efficient transport routes, especially for our rural communities and the freight companies that help move our goods around New Zealand.

“National opposes blanket speed limit reductions and we are encouraging New Zealanders to speak up against this radical proposal, and sign our petition urging the Government to dump it.”