LATAM A320neo Has Takeoff Accident In Lima, Collides With Vehicle 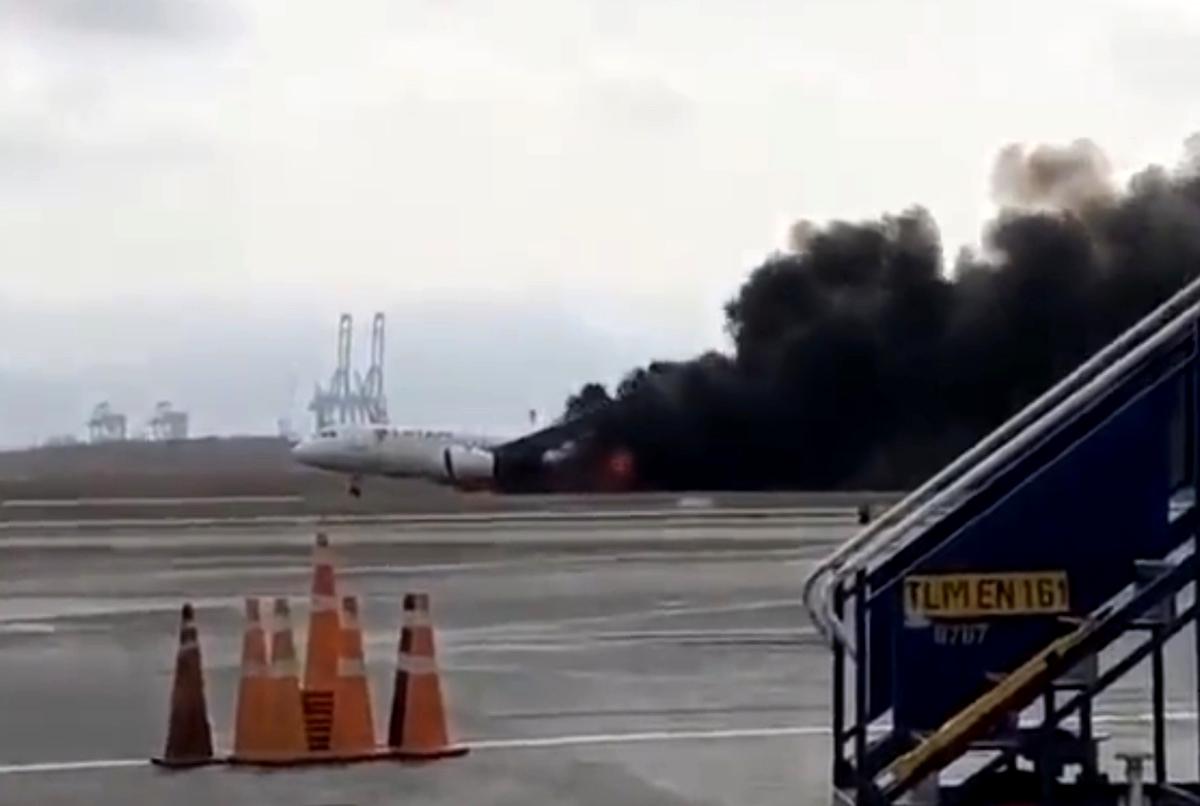 While details are limited as of now, a LATAM jet had a pretty major accident on takeoff this afternoon, and sadly there are some casualties.

This incident involves a roughly five year old LATAM Airbus A320neo with the registration code CC-BHB. The jet was supposed to operate a short 524-mile domestic flight from Lima (LIM) to Juliaca (JUL), LA2213, departing at 2:55PM and arriving at 4:30PM.

Unfortunately the flight never ended up leaving the ground in Lima. Based on airport security camera footage shared online, the plane was in the process of taking off from the runway when it collided with a vehicle.

According to data from Flightradar24, the jet reached a maximum speed of 127 knots (approaching the plane’s takeoff speed) before coming to a stop toward the end of the runway.

Per footage from other angles, it’s pretty clear that the incident involved an airport fire truck, and that multiple fire rescue vehicles were responding to an incident.

Social media posts show the plane being on fire when it came to a stop, with significant damage.

Some passengers posted to social media after successfully evacuating. Based on a picture from one of the passengers, it looks like the right engine separated from the rest of the plane.

The good news is that LATAM has confirmed that all passengers and crew managed to get off the plane alive. Hopefully there aren’t any major injuries among passengers.

The bad news is that Peru’s Minister of Justice reports that there are two deaths and one injury among people who were in the fire truck. My thoughts are with their families… ugh, how awful.

I’m curious what the cause of this was

As mentioned above, it appears to be a fire truck that was hit. While there may very well have been an emergency, that doesn’t change the need for clearance to cross a runway (for this very reason).

Then I suppose the other question is why the pilots and driver didn’t see one another. I can completely understand how the pilots wouldn’t have seen this, as we’re talking about a small vehicle (relative to the size of the plane), and pilots are focused on other things while taking off.

The bigger question is how those in the vehicle didn’t see the plane barreling down the runway? It would appear that the car just drove onto the runway without the driver looking in both directions.

A LATAM Airbus A320neo had an incident this afternoon in Lima, as it collided with a fire truck on takeoff. Fortunately all passengers managed to get off the plane alive, though unfortunately among those in the vehicle, two people died and one person was injured.

What do you make of this LATAM incident in Lima?