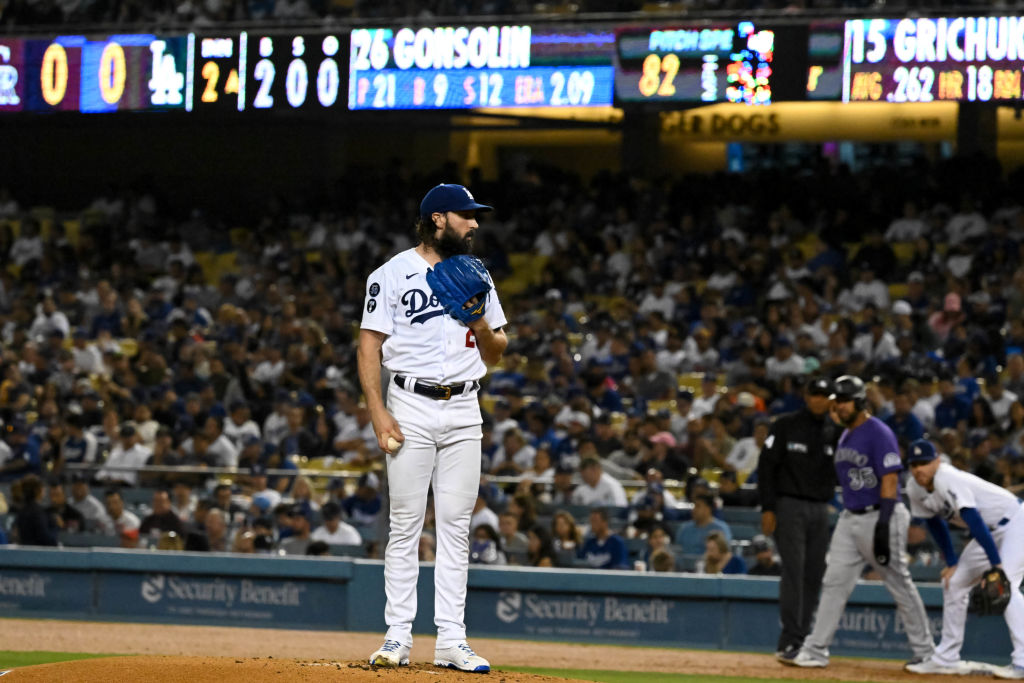 All-Star pitcher Tony Gonsolin tossed two innings in his return from the injured list, an encouraging sign for the playoff-bound Los Angeles Dodgers in their 2-1 loss to the Colorado Rockies on Monday night.

Trayce Thompson homered for the NL West champions, who have already clinched home-field advantage throughout the postseason.

Michael Toglia singled home the tiebreaking run for the Rockies in the ninth off Brusdar Graterol (2-4), scoring Sean Bouchard.

Gonsolin, who is 16-1 with a 2.14 ERA during a breakout season, pitched for the first time since Aug. 23 after missing 40 games with forearm tightness. He struck out three and allowed one earned run on three hits.

The right-hander threw 40 pitches, which included a long second inning in which he faced six batters. He went to the dugout, then got up again and threw more in the bullpen after his outing.

José Ureña had a solid final start of the season for Colorado in an otherwise tough year that started with Milwaukee. He permitted one run and five hits in six innings with four strikeouts and no walks.

Thompson homered in the third and singled in the fifth.

Colorado took the lead in the second on Bouchard’s run-scoring double. He had three hits, including a pair of doubles.

Dodgers: OF Chris Taylor (neck) received a cortisone injection, and manager Dave Roberts is “hopeful” that Taylor will be ready to play in the Division Series starting Oct. 11.

Rockies: RHP Ryan Feltner (3-9, 6.01 ERA) gave up 18 earned runs over five starts in September, five of which came Thursday in a loss to San Francisco. He makes his final start of the season in Los Angeles.

Dodgers: LHP Julio Urías (17-7, 2.12 ERA) gets one more chance to make his case for the NL Cy Young Award. He leads the league in ERA and allowed no earned runs in his last two starts and just four over five starts in September.