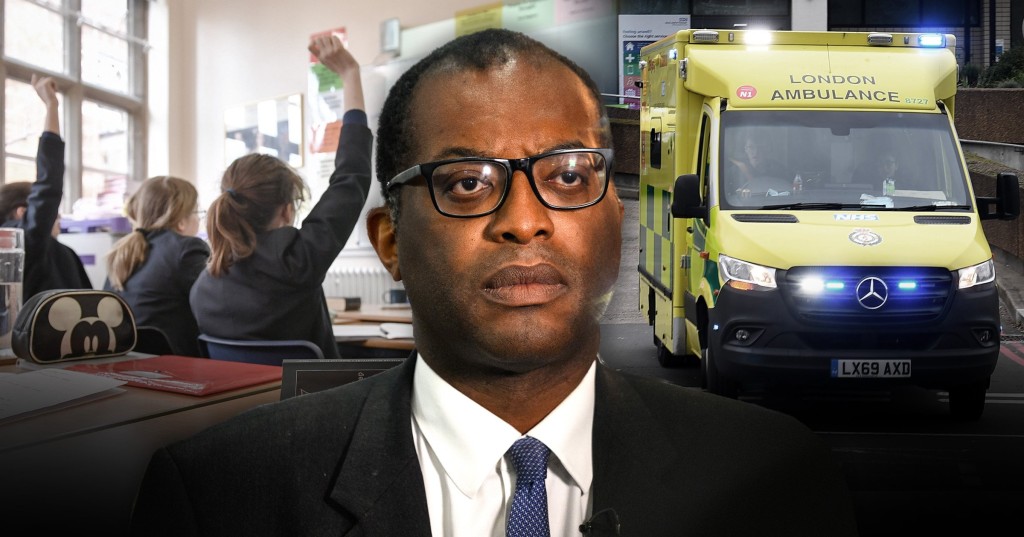 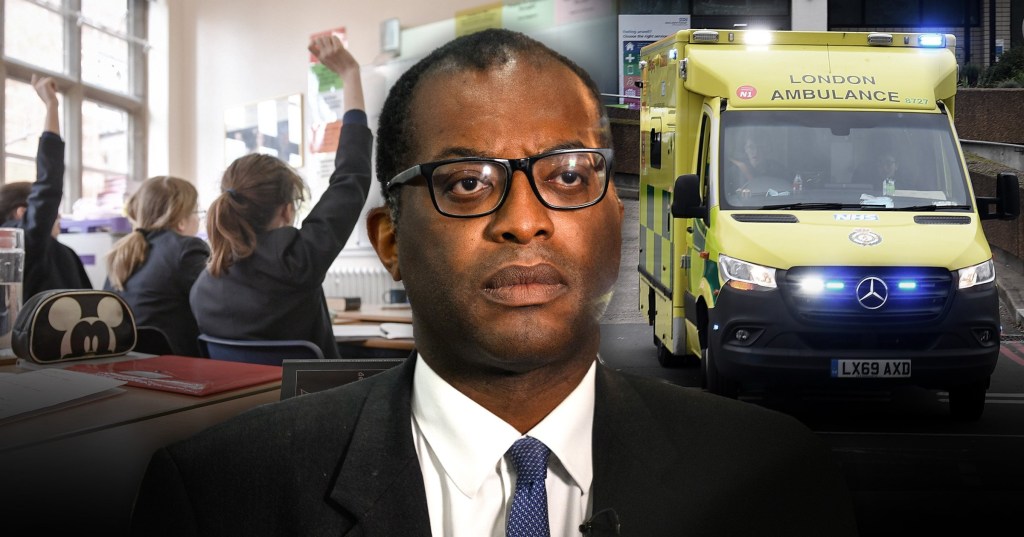 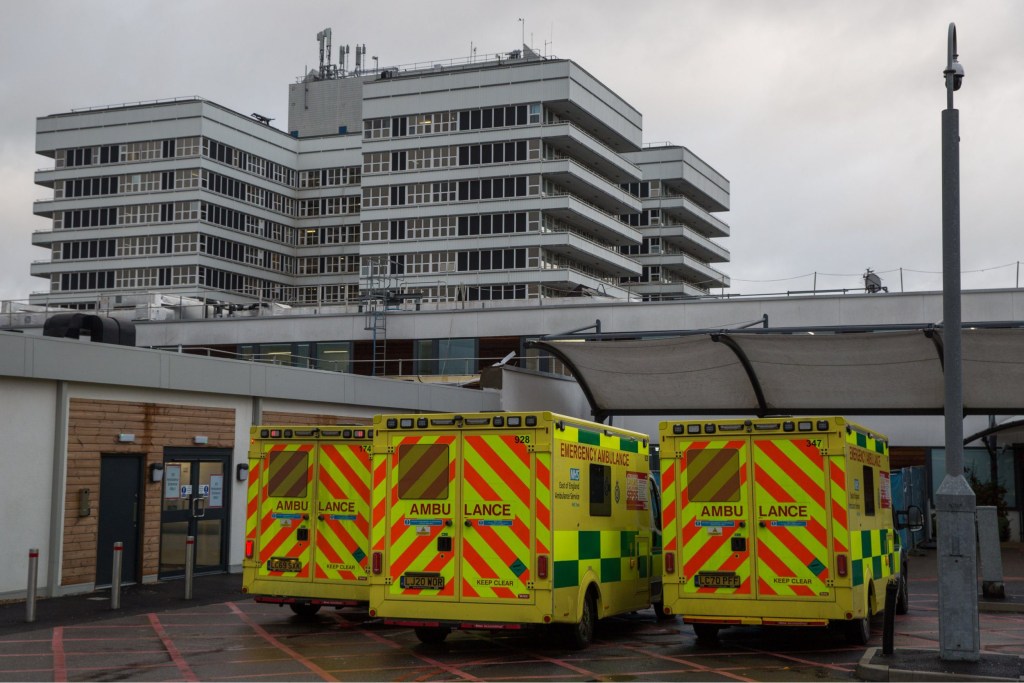 Public services could be forced to make budget cuts estimated at up to £36 billion over the next two years, the chancellor has indicated.

Kwasi Kwarteng is under mounting pressure to set out how the government’s new raft of tax cuts and spending pledges like the Energy Price Guarantee will be paid for.

In a major U-turn on Monday he dropped plans to slash the top rate of income tax from 45p to 40p, but economists warn this only accounts for a ‘small fraction’ of a policy package set to cost at least £45 billion.

He later rejected calls to increase spending on areas like schooling and the NHS enough to keep up with soaring prices.

Unlike pensions and most benefits, spending on public services is set in cash terms, so it doesn’t automatically change when the predicted rate of inflation changes.

When their spending allocations were last set at 2021’s Comprehensive Spending Review, forecasts suggested inflation would peak at 4.4% this year and have a ‘relatively small’ effect on public finances.

The review carved out an extra £100 billion a year for public services, which would amount to an average increase of 3.3% higher than inflation every year until 2024-25.

But the reality of inflation caught most economists off guard, and is now expected to hit a peak of 11% this month before remaining above 10% for several months.

As a result, budgets will only rise by at most 1.9%, meaning more than 40% of the promised real-terms increases have been ‘wiped out’, according to the Institute for Fiscal Studies.

The shortfall amounts to an equivalent of £18 billion in each of the next two years, recent research by the think-tank suggests.

Asked whether action would be taken to plug the gap, Mr Kwarteng told BBC Radio 4: ‘I think it’s a matter of good practice and really important that we stick within the envelope of the CSR.’

Its chief, Paul Johnson, said: ‘The Chancellor still has a lot of work to do if he is to display a credible commitment to fiscal sustainability.

‘Unless he also U-turns on some of his other, much larger tax announcements, he will have no option but to consider cuts to public spending: to social security, investment projects, or public services.

‘On the latter, the Chancellor has indicated that departments’ cash spending plans that run to 2024-25 will be left unchanged, which amounts to a real-terms cut in their generosity in the face of higher inflation.

‘This will squeeze public services, but will not be enough to plug the fiscal hole the Chancellor has created for himself.’

The pound has rebounded to its pre-mini budget levels after the government committed to further detail on how its plans will effect the UK’s debt levels.

But scrapping the 45p rate on earnings over £150,000 will only reduce the cost of the plan from around £45 billion to £43 billion, Mr Johnson added.

Torsten Bell, chief executive of the Resolution Foundation think tank, said that while the U-turn will help with internal and wider political pressure on the Government, it ‘doesn’t change the big picture of a £40 billion package of unfunded tax cuts which drove the market reaction” or avoid the “big spending cuts that will follow’.