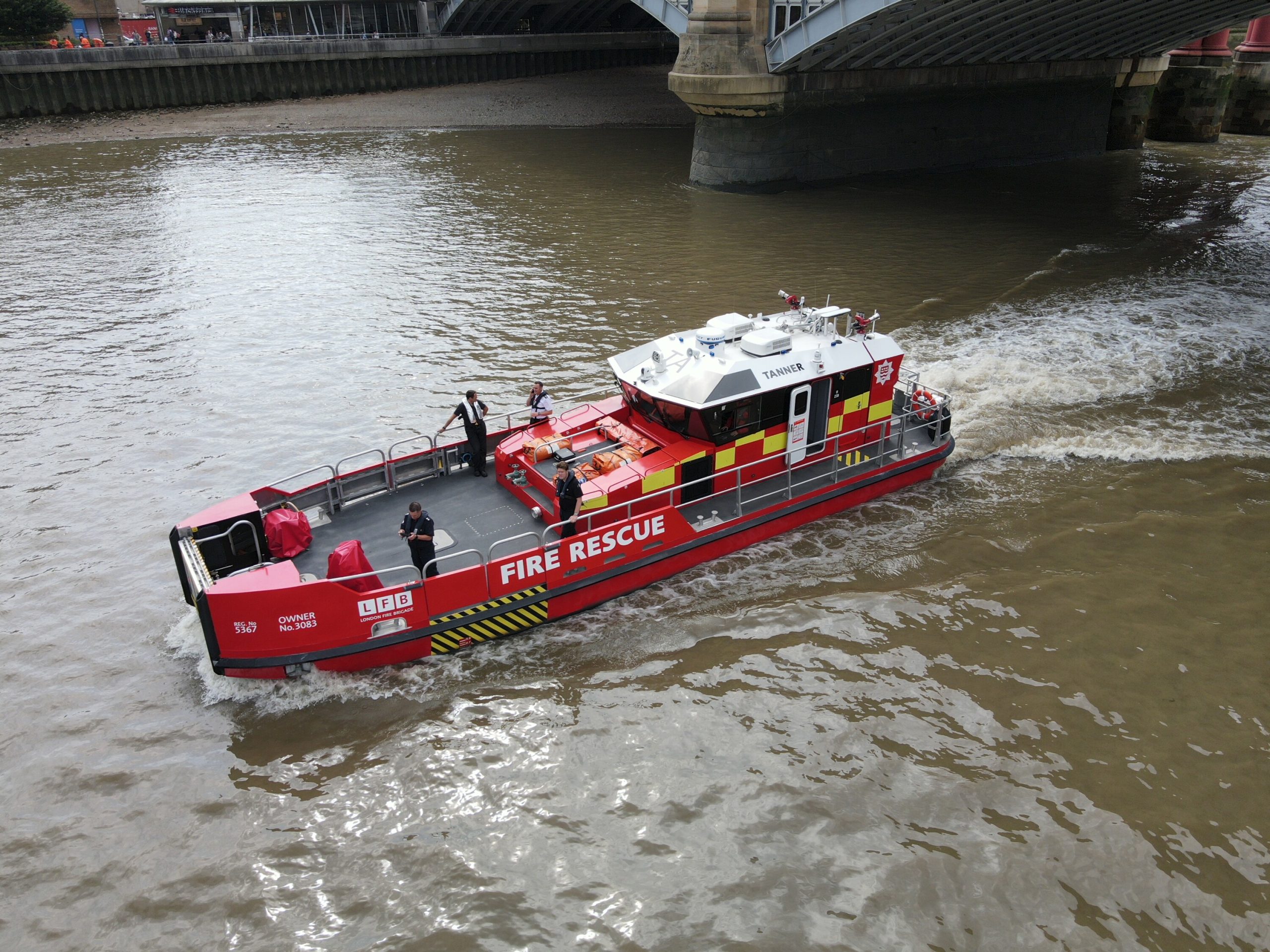 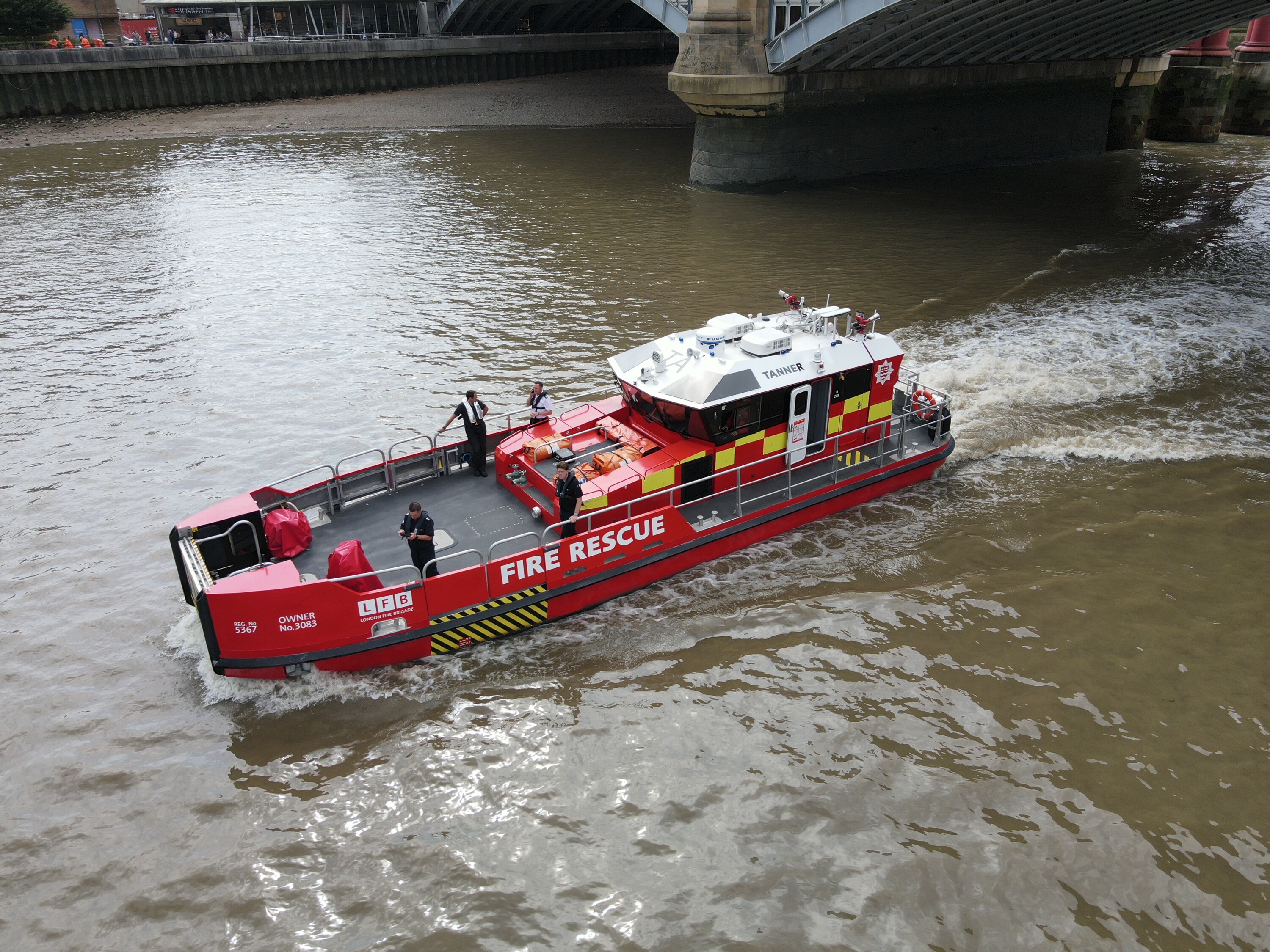 It’s been a hectic few months for the London fire brigade, with record 40C temperatures and wildfires making it its busiest time since World War II. While we really hope London bursting into flames doesn’t become the norm every summer, the brigade has unveiled two new fire boats to help the service across the city.

The two new ‘state of the art’ vessels cost £1.8 million each and come as part of a £40 million investment from City Hall. Each boat is capable of carrying up to 20 people, including the four crew members who’ll man them. The vessels, called Tanner and Errington, are named after WWII firefighters Gillian Tanner and Harry Errington.

The fire boats that will be patrolling the Thames are much more than just floating fire engines. As well as putting out riverside fires they can rescue and tow vessels in distress and save people and animals from the water and riverside. Each is fitted with a high-power hose, a hydraulic crane and a thermal imaging camera.

The new vessels are speedy fellas, travelling at a top speed of 45 knots (51mph), twice as fast as the old craft they are replacing. Boats Fire Dart and Fire Flash will be retired after 20 years of trusty service.

London Fire Commissioner Andy Roe said: ‘The boats are state of the art and provide a significantly improved mass rescue capability on the Thames, along with the ability to fight very large fires from the riverside.

‘The Thames is this amazing place; one of the busiest waterways in the world, the busiest waterway in Europe, and with some of the most significant development alongside it. So we both need to be able to rescue people from the river – whether it’s one person or, as this boat can cope with, [20] people – or whether it’s putting a fire out from the river using this natural resource to pump water on to what are often very large buildings.’

London Fire Brigade has been ahead of the curve with the technology it uses compared to other brigades in the country. Soon it will be the first brigade in the UK with a fully electric fire engine, and last year it was the first to use 64m turntable ladders for rescuing people from high-rise buildings. And don’t forget about these special oxygen masks for cats.

A London bus route has been named after Lioness Chloe Kelly.

TfL’s cable cars are getting a serious glow-up.

Inside The Dean, the Galway hotel with slick American vibes