The best free things to do in Crete: from beaches to historical landmarks 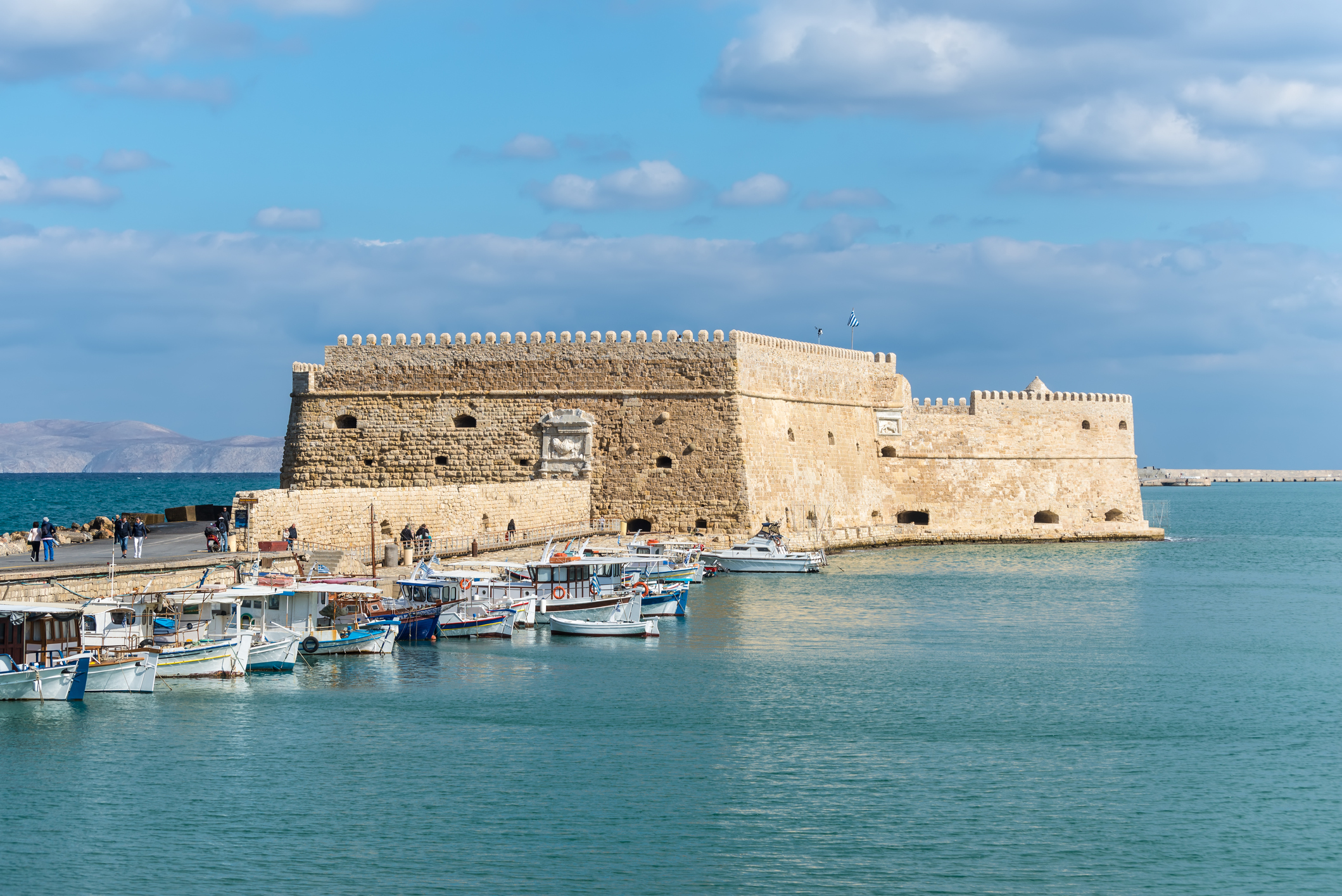 Crete’s evocative towns and cities, myriad beaches and geological wonders are all free to explore. Some of the most important historic sites and museums charge a pittance for admission, and many of the treasure-filled churches are free to visit.

Most of our top 10 picks are easily reached by economical public buses. Take your savings from these free and cheap sights and put them toward a fabulous meal at one of the excellent tavernas on the island.

You can take in the storied Koules Fortress from vantage points right around Iraklio’s harbor. But it’s worth paying the small admission fee so you can visit the roof and take in the panoramic views of Crete’s top city.

The thick defensive walls are the city’s icons, and inside the museum, you’ll find engaging exhibits that transport you back to Minoan times, with major stops for the Venetian and Ottoman eras along the way. Peer through the cannon holes in the walls and imagine you’re fighting off invaders.

Over two dozen wineries dot the hills, plains and valleys of the wine region south of Iraklio. More than 70% of the island’s rich wines are produced here, and you can sample the range for free or for modest fees at tasting rooms.

Most vineyards are open on weekdays from spring to fall, with some open on weekends. Either bring a picnic lunch and find someplace breathtaking to enjoy it, or stop into one of the inviting tavernas serving locally sourced fare.

Crete produces wonderful foods year-round, and you can find the best goods at the Iraklio Central Market. Along its narrow aisles, you’ll find luscious seasonal fruits and vegetables. In summer, the peaches, berries, cherries and melons shouldn’t be missed.

Throughout the year, look for local cheese such as anthotiro, which can be smooth and buttery or hard and savory. Honey made from Crete’s wildflowers is also a popular choice. You’ll also find prepared foods that make for splendid picnics. And some vendors sell herbs, leather goods, craft goods, mundane kitchen necessities and more.

Wander the streets of old Rethymno

Rethymno’s compact old town is set between a 15th-century fortress and the glittering Mediterranean. Get lost in its maze of old stone lanes, which are shaded by canopies of flowers and accented by old buildings with wooden balconies and the occasional minaret.

Don’t miss the Agios Spyridon Church, which is built into the cliff below the fortress. It’s free to enter, and you’ll be dazzled by the cacophony of gilded treasures, ancient icons and colorful artwork.

The hilltop monastery at Moni Arkadiou is deeply embedded in the soul of every Cretan. It’s here that hundreds of men, women and children blew up themselves and scores of invading Turks in 1866. This sacrifice is the stuff of Cretan lore and is commemorated here with statues, memorials and a museum.

The entrance fee is a pittance and, besides the historical significance, you’ll enjoy the sweeping views of the mountainous countryside and the striking Renaissance church.

Crete’s highest mountain (2456m/8058ft) rises above the fertile and green Nida Plateau. Look for traditional round stone mitata (shepherd’s huts). Free sights here include the Ideon Cave, which is more hole in the ground than geological wonder but comes with an unbeatable pedigree: many believe this is the birthplace of Zeus, whose mother Rhea hid him here to protect him from his child-eating father Cronos.

During summertime full moons, Skinakas Observatory offers free nighttime views of the heavens through its telescope – check the website for dates. Out on the plateau, look for the sprawling landscape sculpture of an angel. It honors Cretan resistance in WWII.

Walking the long breakwater to the lighthouse in Hania’s Venetian Harbour is one of Crete’s highlights. The views of this beautiful old city will have you stopping frequently just to gape.

With the confines of the narrow old lanes of Hania’s old town, look for the Greek Orthodox treasures within the 14th-century Church of Agios Nikolaos. And don’t miss the 15th-century Etz Hayyim Synagogue, the only one of its kind left on the island. Save energy to clamber about the many fortifications surrounding the old town, and, if the kids need a break, take them to the playground in the public garden off Tzanakaki street.

The mountaintop ruins of Polyrrinia are the greatest hits center of Crete’s history. The site was first built by the Dorians in the 6th century BCE. Subsequent eras included a Hellenic temple built in the 4th century BCE, a Roman fortress and an acropolis courtesy of the Byzantines and the Venetians.

You can freely wander about this enchanting site at the west end of the island. Look for the Roman aqueduct built by Hadrian and a cave dedicated to nymphs.

Hit the trails at Kato Zakros

The stunning seaside views are reason enough to visit the popular village of Kato Zakros; however, the many sights you can reach on modest hikes make it unmissable.

A 3.5km (2.1 miles) coastal trail leads to Pelekita Cave, which is lined with stalactites and evidence of Neolithic habitation. A further 2km (1.2 miles) brings you to isolated and uncrowded Karoumes Beach. For geologic drama and a profusion of wildflowers, do the 4km (2.5 miles) hike through Zakros Gorge.

Walk the water at Elafonisi

At high tide, you can set off from the pinkish-white sand at Elafonisi Beach through knee-high blue water to the dune-covered islet just offshore. At low tide, you can just wander across on the sandy isthmus. The entire turquoise bay and lagoons are worth exploring, and the beaches get even less crowded the further afield you go.

You can reach Crete’s most beautiful beach (which is saying something given the tough competition for the honor) by car or by cheap public bus or ferry.