The 7 best parks and green spaces in Kraków: from riverside meadows to stunning nature reserves 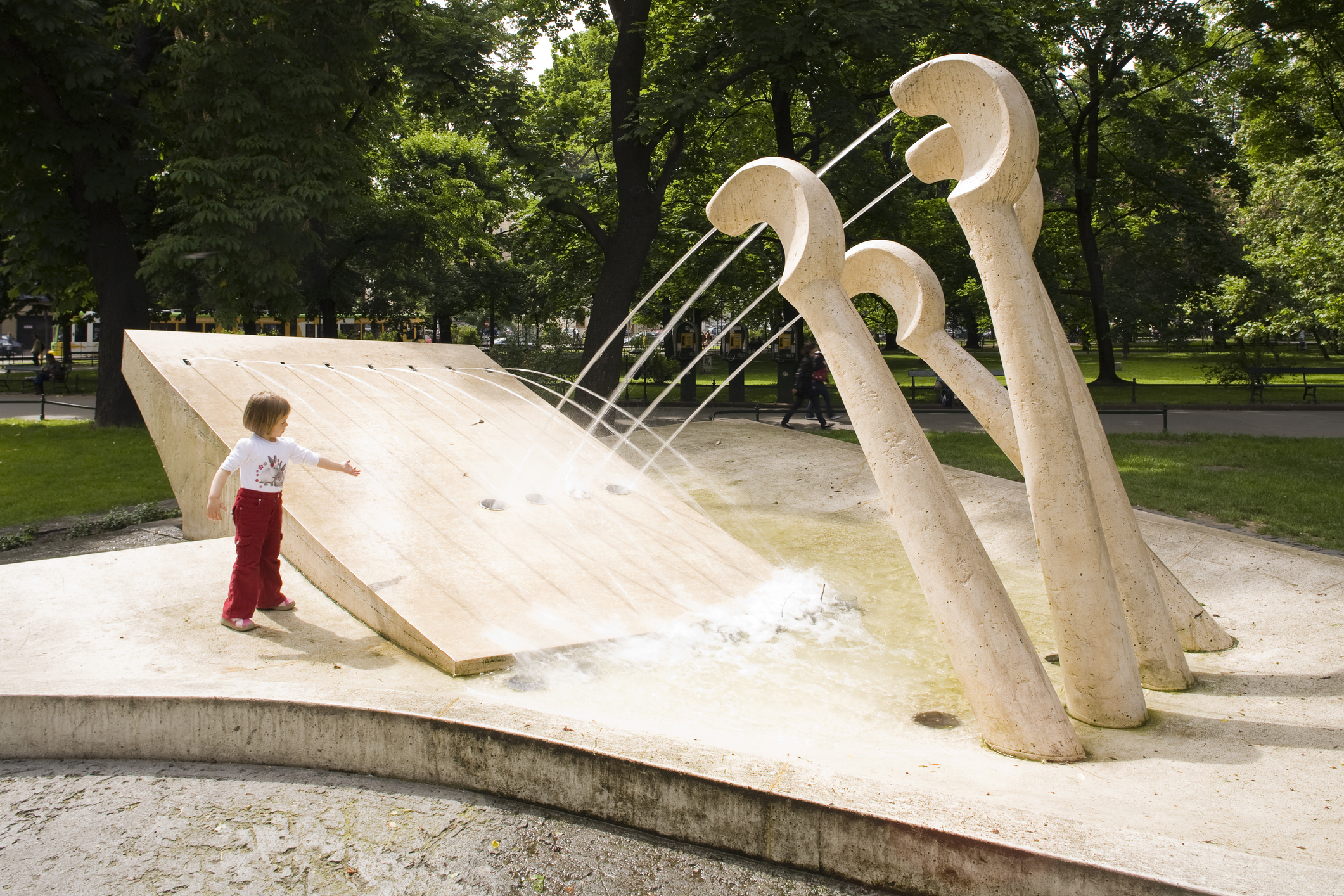 You’re almost certainly in Kraków for the pretty cobbled streets and photogenic palaces on every corner, but this is also one of Europe’s greenest cities – only Vilnius in Lithuania has more green space.

Kraków’s parks are part of the picture, but better still are its truly wild spaces; the meadows, forests and nature reserves found at the end of a short tram ride from the center. Whether you want to hike through a river valley to a 1000-year-old monastery, climb pagan mounds, or explore a sci-fi-inspired garden, it’s likely Kraków has a park that’s perfect for you.

Immerse yourself in the best experiences the world has to offer with our email newsletter delivered weekly into your inbox.

You’ll probably pass through this thin strip of green that circles the Old Town a dozen times. It was planted by the occupying Austrians in the 1800s, who filled in the medieval moat and assembled fountains, gazebos and streetlights in the image of Vienna.

You can stroll the whole Planty circuit in under an hour, with the landmark Wawel Castle helpfully positioned at the southern end. Or, just use it as the locals do as an easy respite from the crowds of the Old Town. Even in tourist season, you’ll always find a free bench under the shade of a chestnut tree to enjoy an ice cream.

Hike the trails through Las Wolski and Bielańsko-Tyniecki

Just a few minutes by tram west of town the cobbles give way to an expansive nature reserve set along the valley of the Vistula River. There are playgrounds, museums and the city zoo at its fringes, but it’s worth making a day of it because the deeper you go the wilder it becomes. None of the well-signposted hiking trails take more than a few hours, and you’re never really far from the next restaurant, but the trails through woodland, riverfront and limestone cliffs feel relaxingly remote.

It’s a two-hour hike to the small village of Bielany, past slopes filled with grapes, where you can try locally grown Pinot Gris at the Srebrna Góra vineyard. In summer, catch the Kraków water tram for a pretty cruise along the river to the 1000-year-old Tyniec Abbey perched on the cliffs. You can enjoy excellent Polish cooking here while talking to the chatty Benedictine monks.

Incredibly, this pasture was used by locals to graze their livestock right into the 1970s and it’s a welcome miracle that these 50 hectares right in the city center have escaped Kraków’s relentless development since. The flat expanse of grass is ideal for sunbathing, picnics, and making dogs run after things.

It’s popular with Popes too. The masses of Jan Paweł II, or John Paul II as he is known internationally, given here helped rally Poles against Communism and became part of the national story. Błonia still hosts rock concerts and superstar priests so check ahead for events before visiting.

Henryk Jordan Park is the city’s best park for sports

If you want more action than Błonia offers, head across the road. Henryk Jordan Park is named for the man who founded the park and introduced Poland to the idea of physical exercise to stay healthy. It remains true to his spirit with tennis, volleyball and basketball courts, and a skate park.

The park has an enjoyable family feel, especially on weekend mornings, as kids are let loose on the slides and sandpits or inside the inflatable balloons that float around on the small boating lake. The wide avenues, planted with century-old elms, are especially pretty sat under winter snow, when Kraków’s children can be found throwing themselves down the toboggan hill.

Get the best Kraków views from Kościuszko Mound

Few things are more Krakovian than the city’s unique enthusiasm for building artificial hills. There are four city mounds, and all are popular for their views on clear days. Wanda and Krakus are prehistoric, pagan ritual sites rising up about 50ft (15m). It’s believed they acted as ancient calendars, as four times a year sunset aligns between the two mounds – making it worth the trip to take a stunning photo.

The 115ft-high (35m) Piłsudski Mound is more modern, constructed by thousands of volunteers in the interwar period as a monument to Prime Minister Marshal Piłsudski. But it’s Kościuszko Mound that steals the show. It was built in honor of Tadeusz Kościuszko, a globe-trotting freedom fighter whose role in Polish uprisings and the American War of Independence made him a hero in both countries, and the mound contains dirt from Polish and US battlefields. The paved walk-up is steep, sweaty work but reveals Kraków, the surrounding countryside and even the Tatra mountains beyond. After conquering the climb, reward yourself with a beer at one of the bars and cafes housed in the Austrian-era fortress that rings the base of the mound.

Set in a spacious corner of Park Lotników Polskich, the science garden is inspired by the sci-fi books of local, and internationally-acclaimed author Stanisław Lem. The equipment and installations explain everything from magnetism to acoustics, but it’s all brilliantly hands-on. There is a giant kaleidoscope, hand-cranked whirlpool and dozens of other things to spin, push and prod. Kids love it, and parents love that their kids are learning.

It’s well worth the 15zł (US$3.30) entry fee (10zł for kids), while a handful of the bigger attractions like the planetarium and toboggan run cost a few złoty extra. The park is open seasonally, from April to October.

Zakrzowek is a lagoon in the wilderness

Generations of locals have warm memories of summer holiday flirtations struck up over beer carried in by backpack and enjoyed on the banks of this flooded quarry. Part of the appeal for the students who come here on warm weekends is that swimming has always been officially prohibited.

A confusing history of ownership has left Zakrzowek completely undeveloped, allowing nature to transform it into an abandoned wilderness. The curve of limestone cliffs fringed by deep woods and sparkling lagoon water is stunning. But it may not last. Zakrzowek is currently fenced off by the city as it develops the 100 hectares into a sanctioned natural reserve by 2023.