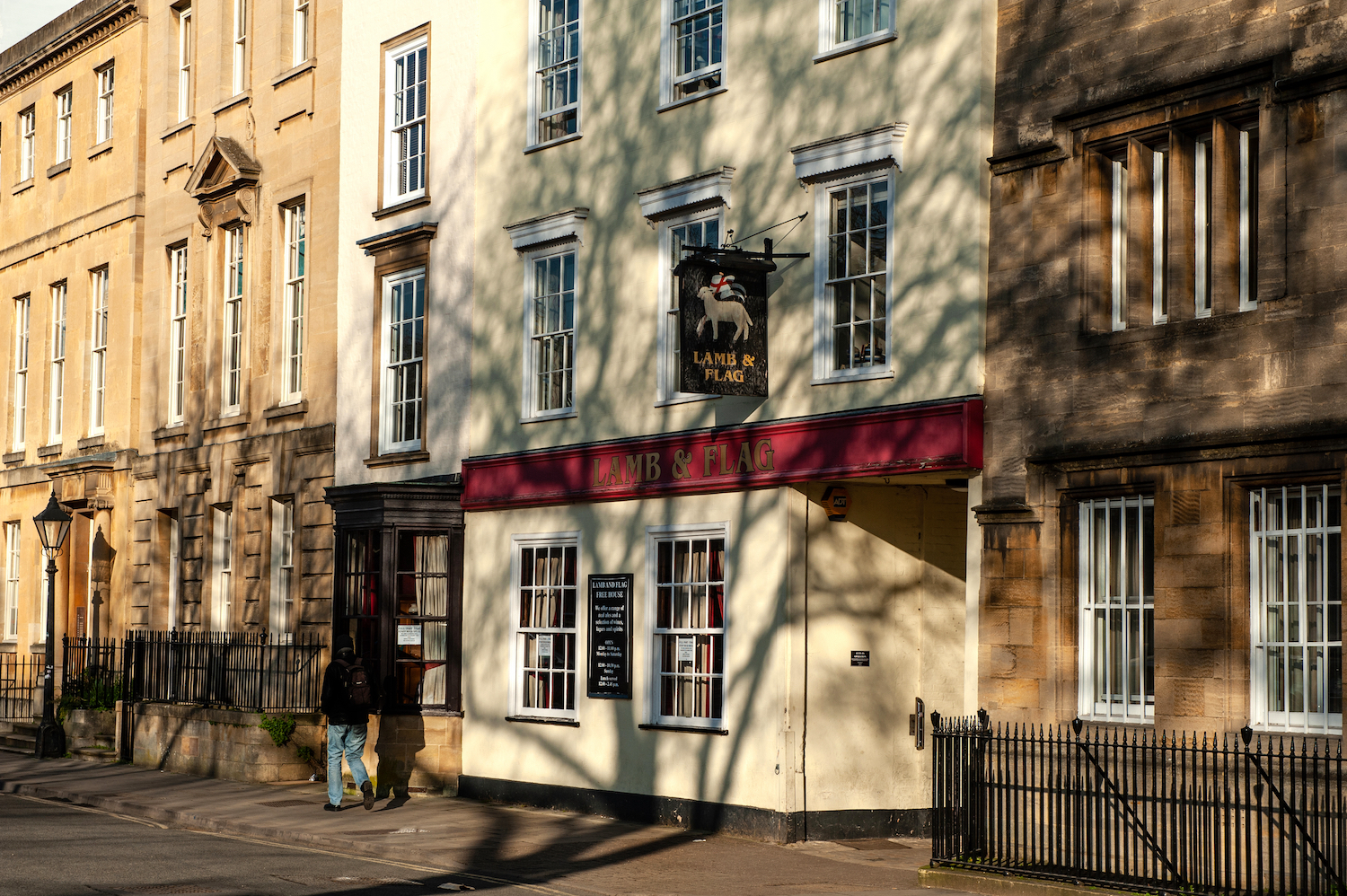 Students have been coming to Oxford since its namesake university was founded almost 1000 years ago – and they’ve been gathering at local drinking establishments for just about as long.

Some of the greatest minds England has ever produced – think JRR Tolkein and CS Lewis – have been known to be regulars at beloved drinking spots around town. Thankfully, you don’t need a string of As to get into the best pubs in Oxford. You just need to know where to find them.

Whether you’re on a short visit or moving here permanently, you will want to consult our list of the best pubs in Oxford.

Get lost in the Bear Inn

While there are many establishments claiming the title of oldest pub in Oxford, the Bear Inn makes a persuasive case. Seek out this time-honored watering hole, and you’ll be another punter to add to the stream that has been downed pints here since 1242.

You’ll need to bow your head in the space to avoid the low ceilings, yet that allows you a close look at the well-trodden wooden floors. The main bar is out front; if that’s full, take your drink to the second room toward the back.

Relax in the beer garden at The Perch

The Perch has the city’s most gorgeous beer garden, as well as a great beer and cider festival every summer. This historic thatched inn is a must visit for anyone doing a river tour of the city – you can continue to admire the river views, but with a pint in hand. Even better.

Join the scholars at the Lamb & Flag

The Lamb & Flag is one of the most famous pubs in the city and a stalwart on any list of Oxford watering holes. Dating to the 17th century, this old-school place attracts a scholarly crowd and has welcomed such renowned English writers as JRR Tolkien and CS Lewis.

This pair was part of a literary group known as “the Inklings” who would regularly gather here. In 2021, a new generation of Inklings (over 300 of them) took over and saved the pub from financial ruin. Now that’s worth a toast.

Enjoy brews with views at the Varsity Club

If you prefer your pint with a unique view, book a table at the Varsity Club’s roof garden. This rooftop bar has impressive 360-degree vistas over Oxford’s iconic Dreaming Spires. It’s the perfect place to enjoy a pint after a day’s sightseeing in the city.

Strings of lights surround the nighttime drinkers all year. Visit in winter to feel especially festive, as you nestle into the cozy igloo under the stars.

Visit one of Morse’s favorite pubs, the Turf Tavern

The TV show Inspector Morse is famously filmed in Oxford, and one of his favorite pubs – the Turf Tavern – is a fully functioning taproom ready to take your order. This 17th-century pub is found down the narrow alleyways off Holywell Street or New College Lane.

The Turf Tavern is a must on any Oxford pub crawl. It’s especially appealing in the warmer months, when you can sip your lager in the pretty beer garden. Just be sure to arrive on the early side.

Rock out at the Jericho Tavern

The Jericho Tavern is one of the most famous pubs in Oxford, thanks to the fact that Radiohead performed their first gig here. It went on to become a magnet for ’90s bands, including Pulp and Supergrass.

Since then, the pub has provided a space for new bands (including Mumford and Sons and Ben Howard) to showcase their repertoires. Head on down to see some new music in action most nights – washed down with a pint or two, of course.

Nurse a cozy pint at the cozy White Horse

The White Horse claims to be Oxford’s smallest pub. Squeezed between the entrances to Blackwell’s bookshop and music shop, the subtle Grade II listed building might be easy to walk past. But don’t.

It doesn’t take many people to fill the White Horse, and when it’s packed, you might be shoulder to shoulder with some of England’s (or the globe’s) leaders of tomorrow: both Winston Churchill and Bill Clinton are said to have drunk here.

The small (or snug) room at the back is the perfect spot to warm up with a pint of stout on rainy days, if you’re lucky enough to get there before everyone else, that is.

Get crafty at the Oxford Brewery

Breweries are a big deal in Oxford, and among the numerous options in town the Oxford Brewery in Cooper’s Yard is a firm favorite. All the craft beer served here is brewed on-site, and you can sit and sample it in the welcoming taproom next door, with wood-fired pizzas on the weekends too.

Look out for special brews such as Let the Dragon See the Wolf Golden Ale – brewed in honor of St George – and the 7.1% Headless Laud, a cellar-aged IPA.

Feel refreshed at the Victoria Arms

Punting down the Thames is one of the best things to do in Oxford, offering one of the most special perspectives from which to view the city. If you want a more relaxed punting session, head up the backwaters of the River Cherwell to moor at the Victoria Arms, then sit outside the stunning riverside pub with a pint. You’ll have earned it.

It’s not a pub at all, but Port Meadow makes for a wonderful spot for enjoying a picnic and a pint. With the River Thames flowing through, and cows, horses and wildfowl wandering by, it’s a lovely place to be on a sunny day. You can find picnic benches and BBQs near the Godstow Road entrance, but you can lay your blanket down anywhere. We wouldn’t recommend heading here after heavy rainfall, though, as the riverbanks often overflow.