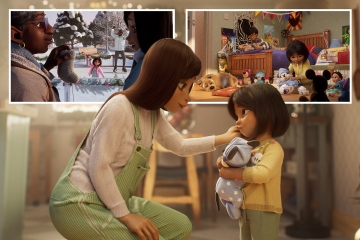 A COUPLE was left stunned when their holiday was cancelled the day before they flew – because the airport they were flying from had closed down.

The couple, from Cleethorpes, had booked a holiday with TUI to Tenerife, flying from Doncaster Sheffield Airport.

However, their flight was due to take off on October 31 – only to realise they had no flight home.

This is because the airport is closing permanently, with the last flights taking place this week.

The man, who asked not to be named, told local media that it was only when their daughter realised the last flight took off on Saturday that they found out.

He said: “She looked at the flight departures board on its website and there was nothing on there. She said she thought I’d better ring TUI, so I did.”

CLEARED FOR TAKE OFF

Boost for Brits flying out of Heathrow with major change TOMORROW

After contacting TUI, they said the outgoing was going ahead, but wouldn’t be returning to Doncaster, leaving the couple “frustrated and stressed”.

He added: “We’ve had no information from TUI at all. If we hadn’t have rang them up, we would’ve just rolled up with our suitcases.

“We spoke to who we thought was a manager who told us we should’ve been notified and that we’d just slipped through the net.”

They were eventually allowed to rebook the holiday with 10 per cent off, instead flying next month from East Midlands Airport instead.

Last month, the boss of TUI issued a travel update for Brits flying from the airport.

TUI managing director Andrew Flintham said: “Our flights continue to operate as planned until our last flight on November 4, 2022.”

Doncaster Sheffield Airport confirmed last month that they would be “winding down” from October 31.

Peel Group, which owns the airport, said that it was no longer viable to operate due to a “lack of adequate forward revenues and high operating costs”.

Hundreds of people marched to keep the airport open last week, following a petition campaigning to keep it open having more than 100,000 signatures.

Aviation analytics firm Cirium said it was the 26th biggest airport in the UK, recording 4,609 flights in 2019.

Disney’s heartwarming Christmas ad highlights importance of being together

It was also voted the best UK airport in 2022, according to Which?.

But despite having flights to popular destinations such as Tenerife and Lanzarote, the airport was hit hard when airline Wizz Air pulled out, leaving just TUI flights in operation.

The last flights will return to the airport this week[/caption]