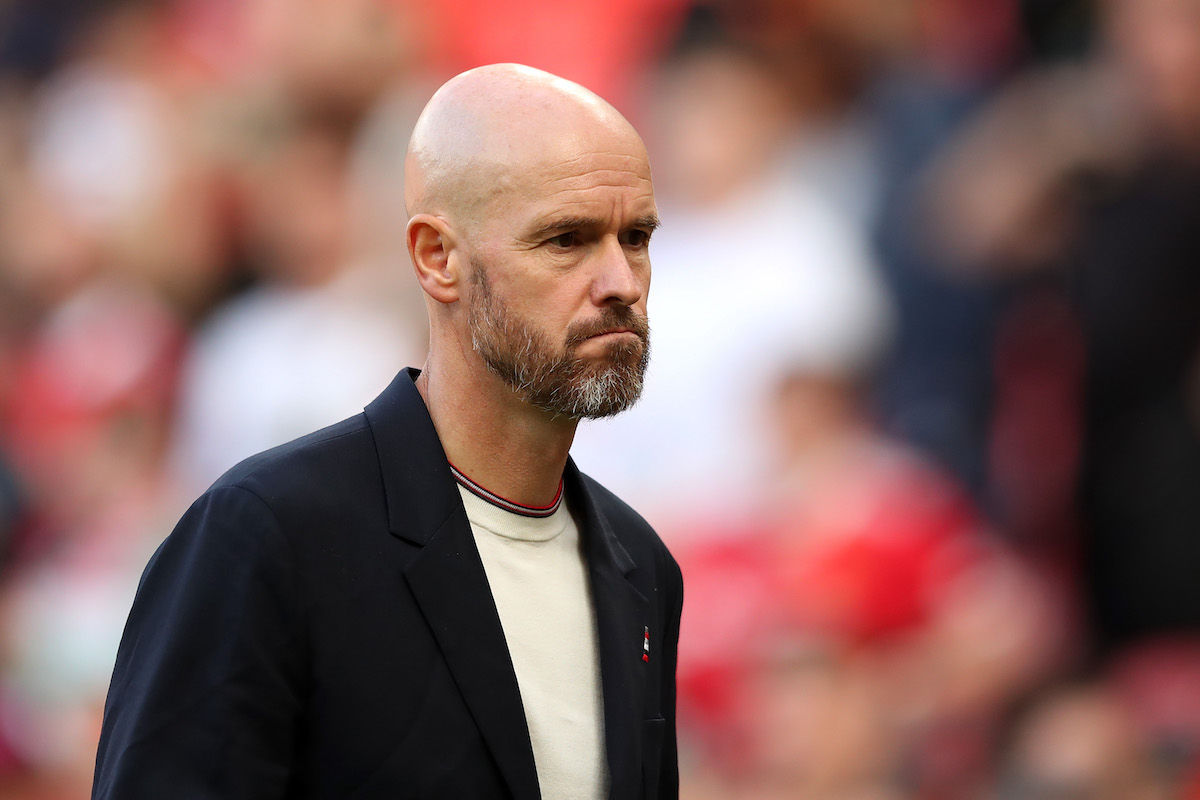 Manchester United boss Erik ten Hag has claimed he will not change his attacking, total football philosophy ahead of his club’s tie against Liverpool on Monday – despite admitting the club have ‘obviously had setbacks’ in their season so far.

United entered the weekend rock bottom of the Premier League after a dismal loss against Brighton on the opening day of the season was followed up by a total humiliation against Brentford leaving United with a real chance of taking no points from their first three games of the season.

Ten Hag’s attacking intent is there for all to see, although it has shown no signs of improving thus far with players failing to adapt to the system whatsoever.

Yet the Dutchman has backed his philosophy and has insisted that he will continue to play the way he has been coaching for years.

“It (has) confirmed my philosophy,” the Dutchman told club media (as relayed by the Independent).

“Now we have obviously (had) a setback, but I know the reasons and we have to work on that. We will clear it. But we stick to the philosophy and the plan.

“I’ve seen really good things, until Atletico Madrid (friendly). After it, it’s a drop. We have to turn that around quickly, but it’s normal in the process.

“You grow and then you get a drop. But it’s about keeping the right pattern and the pattern going up.”

The post Manchester United manager Erik ten Hag will not deter from philosophy despite setbacks appeared first on CaughtOffside.