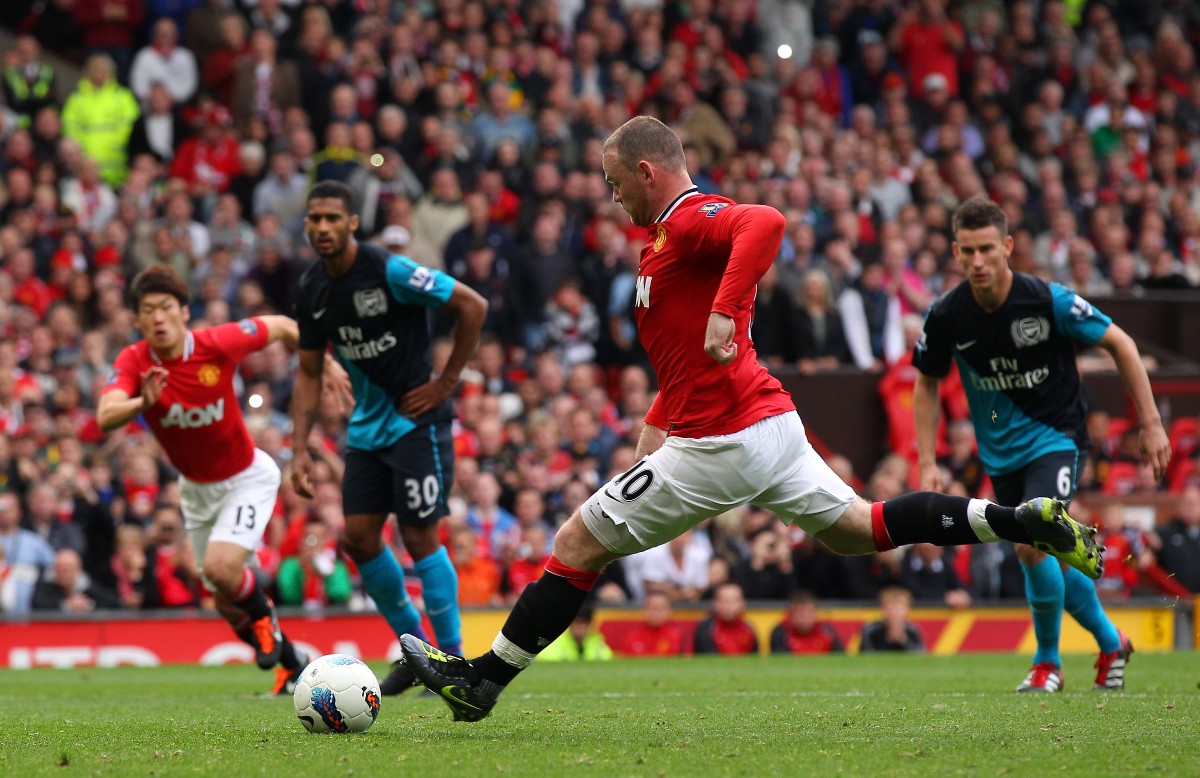 Back in the early stages of the 2011/12 season, Rooney scored a hat-trick for Man Utd as they humiliated Arsenal at Old Trafford, with further goals coming from Danny Welbeck, Ashley Young, Nani, and Park Ji-sung.

It was a famous result for Sir Alex Ferguson’s side as they embarrassed Arsene Wenger and his depleted side, which was hit with both injuries and player departures that summer.

Still, it seems that Rooney didn’t have as fond memories of that game as he did of some of the earlier grudge matches between the two clubs, when there was more of a proper rivalry.

United against Arsenal always used to be a huge game, and often a title-decider, but Rooney admits it was difficult inflicting such a score-line onto Arsenal and Wenger when they were at this low point.

Manchester United legend admits he felt sorry for Arsenal and Wenger in 8-2 thrashing
“Of course, I accepted” – Midfield wonderkid confirms he was ready to complete Chelsea transfer
Exclusive: Chelsea failed with £50m deadline day bid but this transfer saga may not be over

“By 2009, though, the fixture was not quite the test of old. First Chelsea then Manchester City became our closest rivals and Arsenal weren’t the Arsenal you used to play against — not because they didn’t have quality but because they didn’t have the characters that they had before. This was summed up when we beat them 8-2 in August 2011,” Rooney wrote in his column for the Times.

“I scored a hat-trick but look back on the game with mixed feelings. It felt a bit uncomfortable, really. I love Wenger and have a lot of respect for him and seeing him being mocked by fans with 8-2 on the scoreboard was not something I enjoyed. Even Nani’s goal, when he lobbed Wojciech Szczesny, felt like taking the mickey.”

One imagines most MUFC fans won’t have the same kind of sympathy for Arsenal, and may even find it amusing that one of their star players felt such pity for their rivals.

The post Manchester United legend admits he felt sorry for Arsenal and Wenger in 8-2 thrashing appeared first on CaughtOffside.