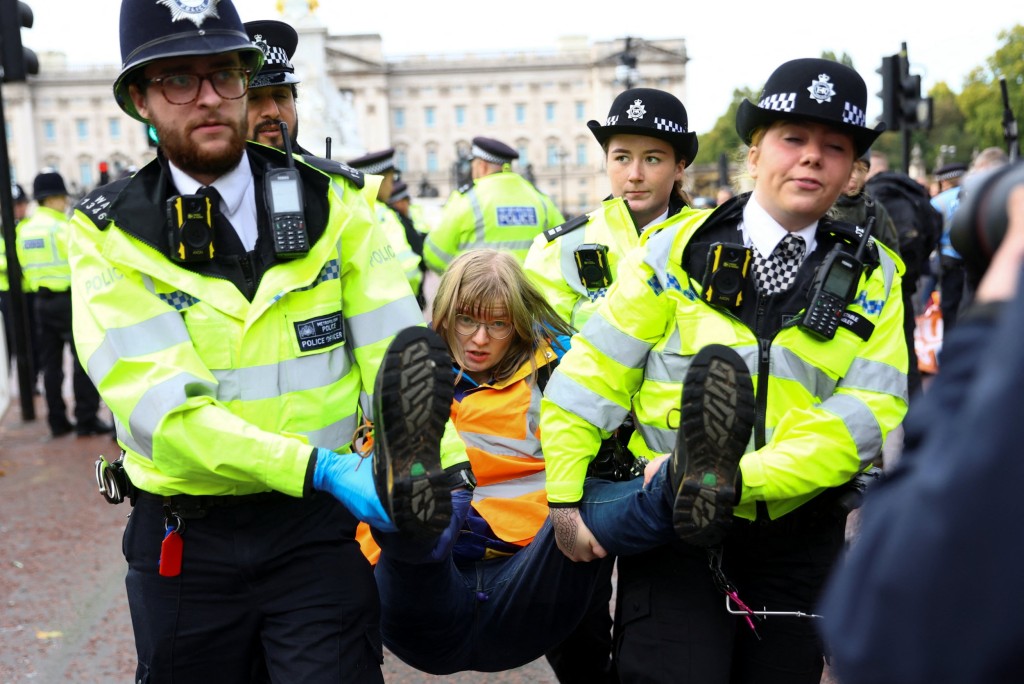 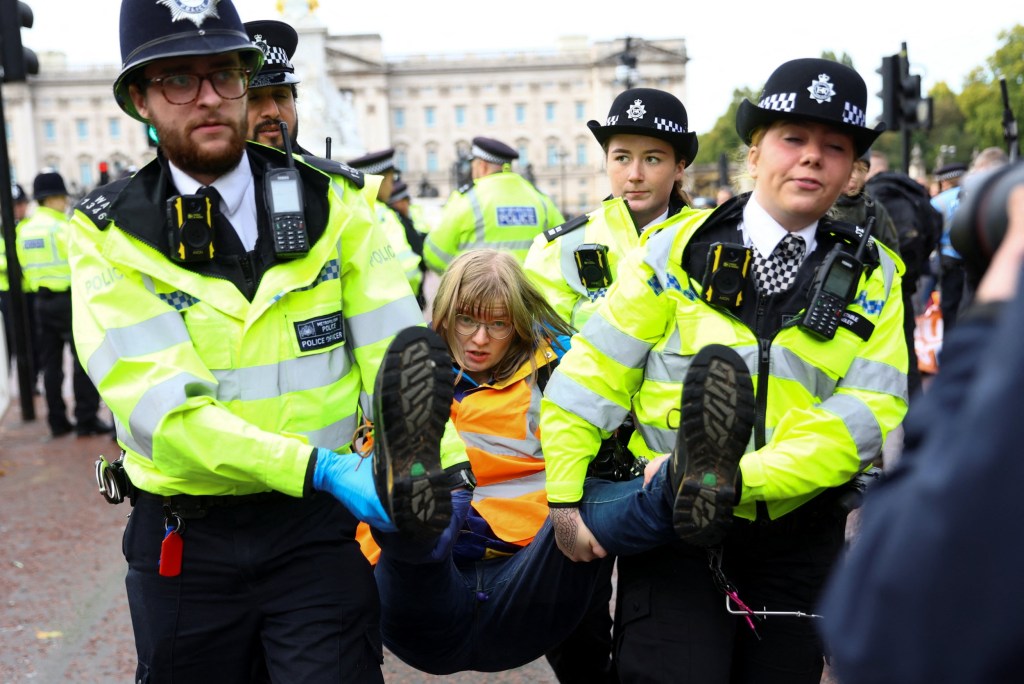 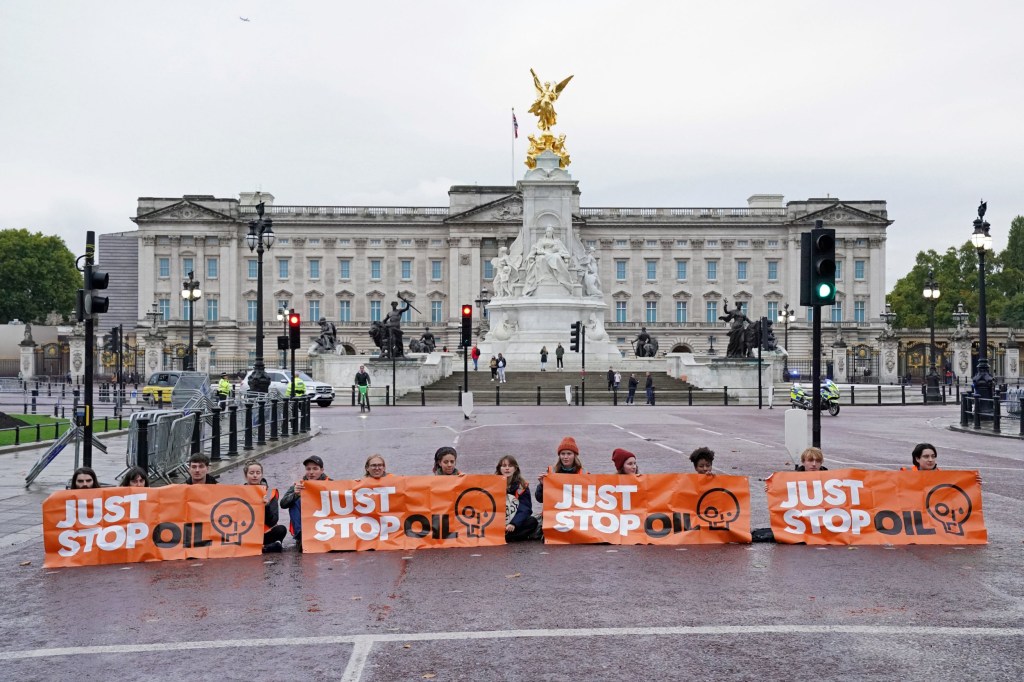 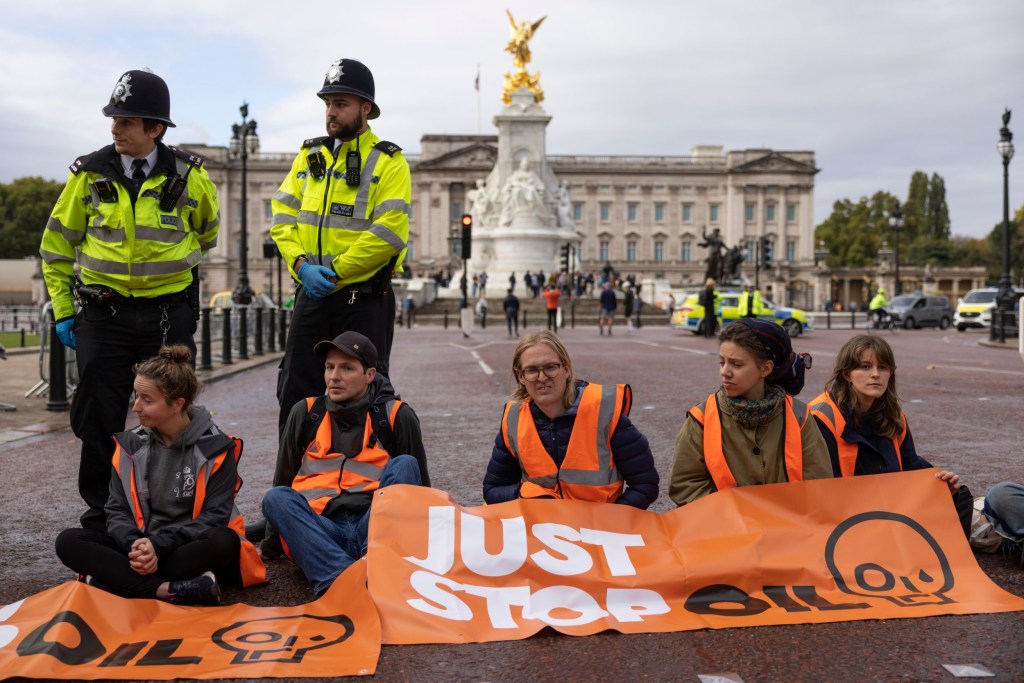 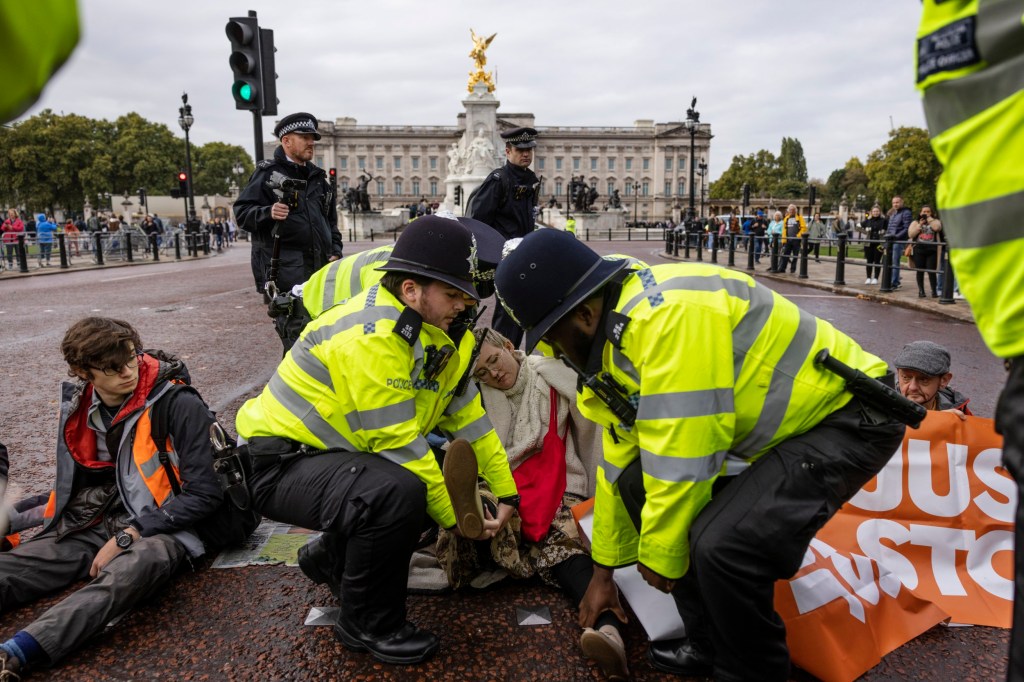 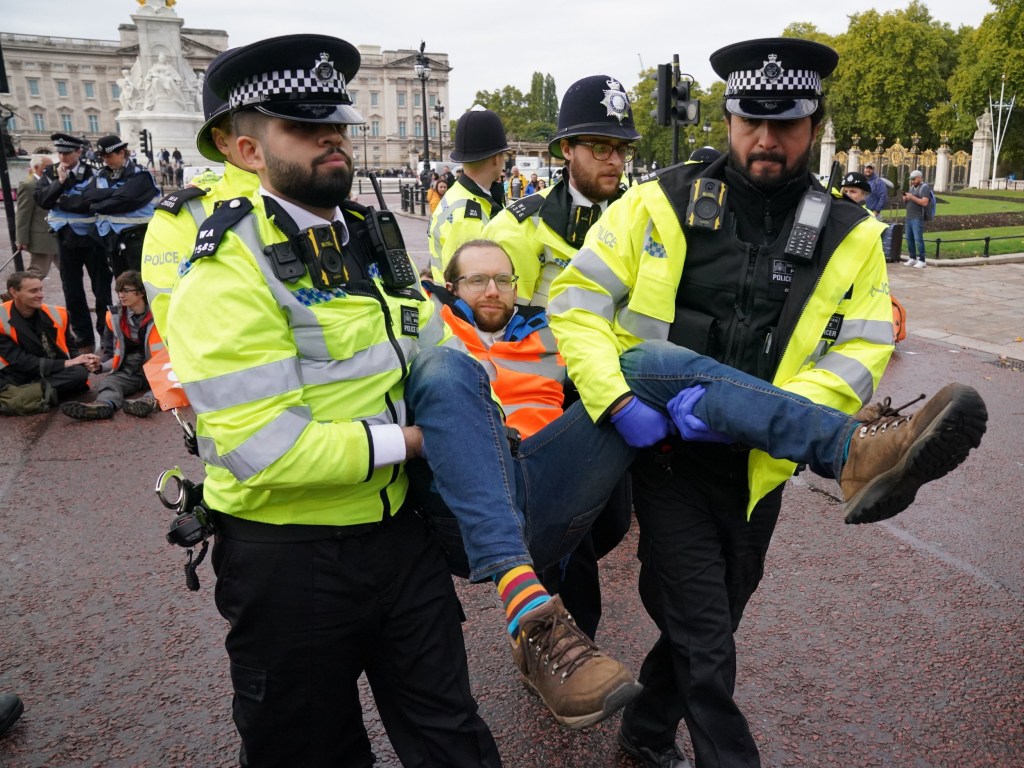 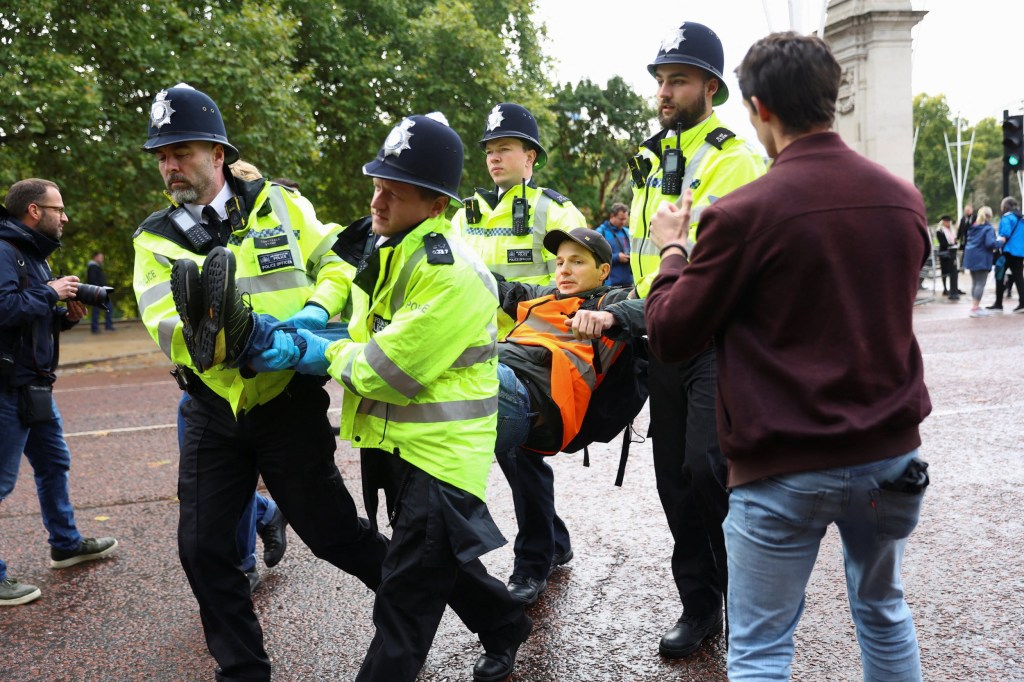 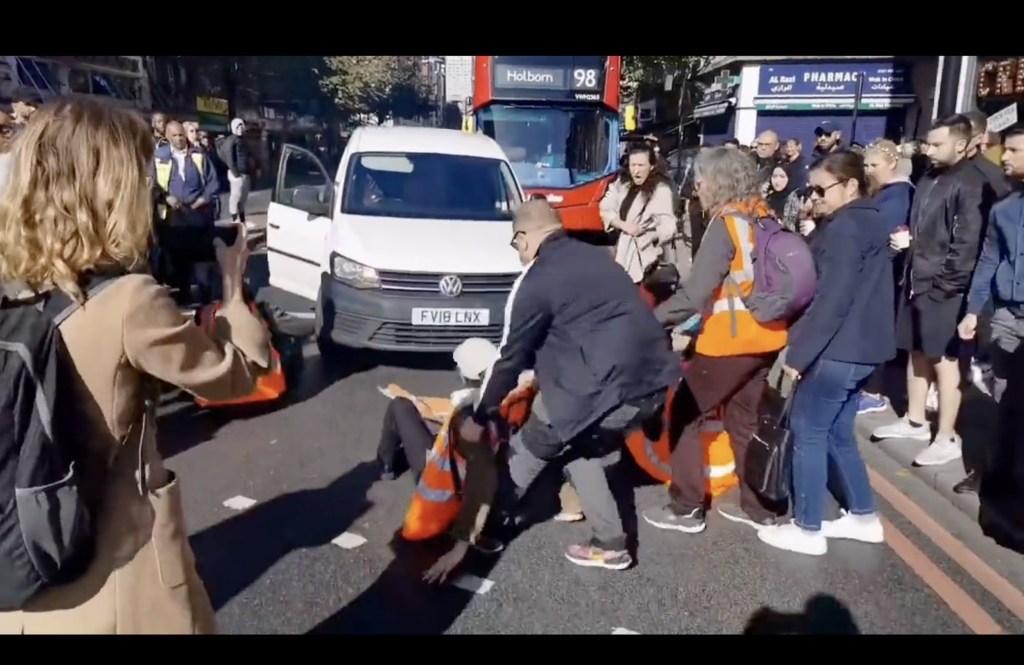 Eco protesters have blockaded the main road outside Buckingham Palace, disrupting central London traffic for the tenth day in a row.

More than 20 activists from Just Stop Oil, an offshoot of Extinction Rebellion, formed a sit-down human barricade across The Mall on Monday morning.

The group travelled from Scotland to take part in more than a week of demonstrations against new oil and gas projects.

Just Stop Oil are calling on the government to withdraw its backing of a fresh round of licensing which could green-light more than 100 operations off the Scottish coast.

Emma Brown, one of the protesters, described the new licences as ‘literally a death sentence for all of us here and for all of you’.

‘They already understand what the Eton-educated government utterly fail to grasp: that oil extraction at all costs will destroy our only home.

Some 250 people have been arrested since the start of the disruption, which kicked off with stunts shutting down four bridges around Westminster.

Ministers want to ramp up homegrown fuel production to tackle soaring energy bills and better insulate the UK from costly shocks to international fuel supplies of the kind caused by Russia’s invasion of Ukraine.

They say the new licences are key to ‘safeguarding’ the country’s supplies and supporting 70,000 jobs in Scotland.

Police attending the protest outside Buckingham Palace were seen searching the demonstrators, some of whom had glued their hands together.

They were told the road would have to be cleared for the changing of the palace guard later in the morning, with one officer heard asking ‘if I can do anything for you’ in the meantime.

The protester replied: ‘Not unless you have a letter from Liz Truss.’

A man on a bicycle gave words of support, telling them: ‘Go on the protesters, you’re doing great work. Stay strong.”

Some of the demonstrators got up of their own accord at 10am and were escorted willingly to a police van, while others had to be dragged away by officers.

A number of arrests are believed to have been made in connection to the incident.