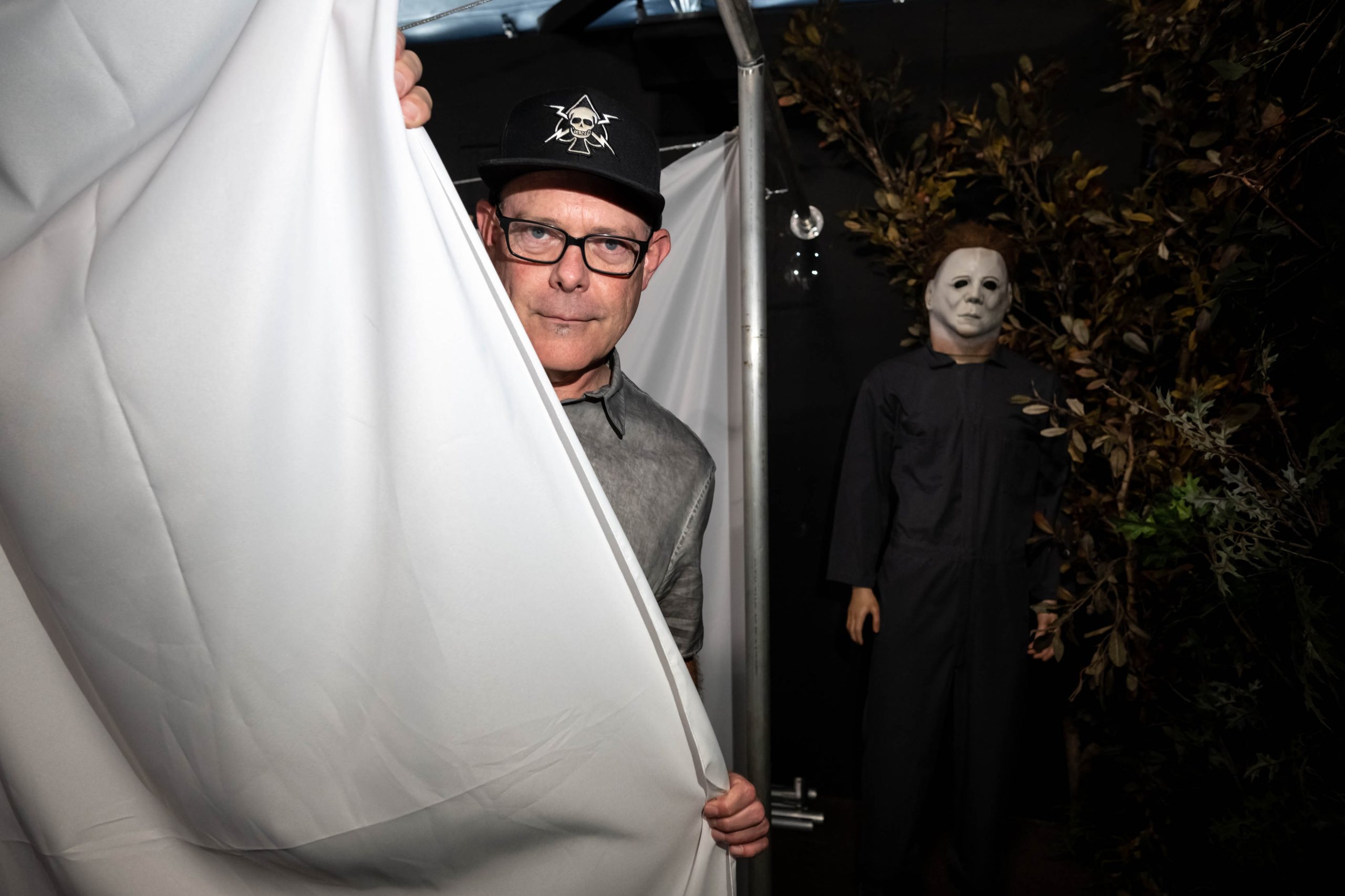 The annual event has themed walk-thru attractions after several films within the “Halloween” franchise and the movie’s antagonist, Michael Myers, has certainly become synonymous with the season, HHN creative director and executive producer John Murdy said.

“It would be in my top five, all-time classic horror films,” he said of the original “Halloween” movie. Horror Nights has featured the franchise a total of six times throughout its history and for the 2022 haunting season, event producers went back to the beginning to explore what makes Myers the ultimate bogeyman and actress Jamie Lee Curtis’ Laurie Strode the genre’s most beloved final girl.

“Everyone who saw the first movie embraced Laurie Strode and they’ve carried me for 44 years and I am her and she is me, and I feel that love from the fans,” Curtis said on the red carpet during the Halloween Horror Nights kick off on Sept. 8. The “Halloween” attraction is one of eight interactive experiences guests can explore this year — along with Scarecrow: The Reaping, The Weeknd: After Hours Nightmare, Universal Horror Hotel and more — as the event runs select evenings through Oct. 31.

“Michael Myers is the catalyst, but this is really Laurie’s story,” Curtis continued. She was just 19 years old when she starred in the film and said they spent 17 days filming it, mostly in South Pasadena, and she was paid $8,000, she said. She had no idea the film would become as iconic as it has, let alone that in her 60s she’d reprise the role for three more films, the last of which, “Halloween Ends,” hits theaters on Oct. 14.

“What I’ve tried to do is have integrity about her and her truth,” she said, noting that she was happy when David Gordon Green, the director of the last three “Halloween” movies, gave an honest look at what Strode’s life would be like after becoming a victim of terrible violence in her teens. “She was isolated and afraid and I thought that was a clever way of really acknowledging what all of this really means. She has been brutalized and we show what happens to people who have been brutalized like that. Laurie Strode represents survival to the core.”

Guests can walk through a detailed replica of the Myers home in Haddonfield, Illinois, and relive the most terrifying moments of the original film. Although Myers will be popping out for scares around every corner, Murdy said the focus of the attraction this year is really on Strode.

“The fans always love seeing Michael Myers and we’ve covered that ground with ‘Halloween’ before, but we wanted to change things up a bit this year because Jamie Lee Curtis’ stock has risen so much with the new trilogy of films and she’s become even more of a badass in the process,” he said. “When we did the maze in 2015, believe it or not, the Laurie Strode character wasn’t even in it; It was just Michael. So we wanted to bring back Laurie and create a few new surprises along the way.”

Curtis said that despite starring in several horror films, she strongly dislikes being frightened.

“I think after 44 years and a lot of therapy I understand that’s why I am so good in these movies,” she said. “Those feelings and that emotion and those reactions that come from me, those are all real. So now that it’s all coming to a blazing end, I think that’s the great takeaway for me.”

She isn’t the only one that’s been traumatized by Myers. In the films, he’s known as The Shape, and he wears blue coveralls and a plain white, latex mask.

“The simplicity of that is scary,” Murdy said. “The mask, it’s blank, it’s emotionless and the mask projects whatever your fears are onto it because it’s just this white canvas. You can pretty much show that mask to anyone and they’ll know what it is.

“I think of Michael Myers the same way that I think of the shark in ‘Jaws,’” he continued. “They’re both killing machines. Michael has the backstory with him murdering his sister, Judith, when he was a little kid and then escaping from Smith’s Grove Sanitarium and all of that, but once he’s in motion, he’s just relentless. He’s exactly like the shark in ‘Jaws’; He’s a predator and has to keep doing what he does.”

Of course Myers is made scarier with the help of a little movie magic and some well-timed, jarring music. Carpenter’s iconic film score is also an important part of the HHN attraction.

“It’s one of the very few pieces of music in the world of horror that is instantly recognizable whether you’ve seen the movie or not,” Murdy said. “I think the Bernard Herrmann’s music for the shower scene in ‘Psycho’ is one of those iconic pieces and John Williams’ score for ‘Jaws,’ too. Everybody knows the main theme to ‘Halloween,’ but I think they forget the other great pieces of music that are in that movie. We certainly mine all of it because it’s a great score.”