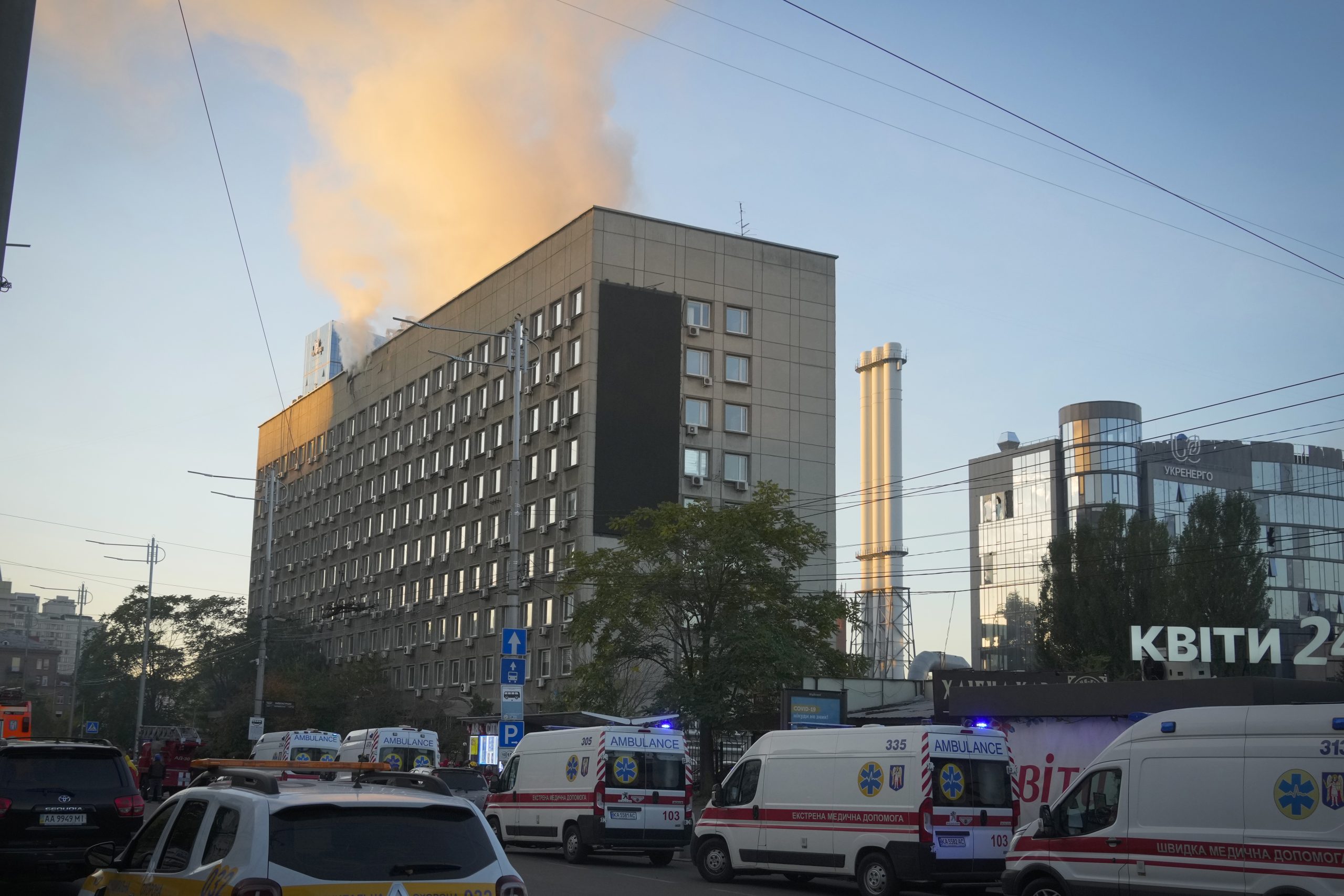 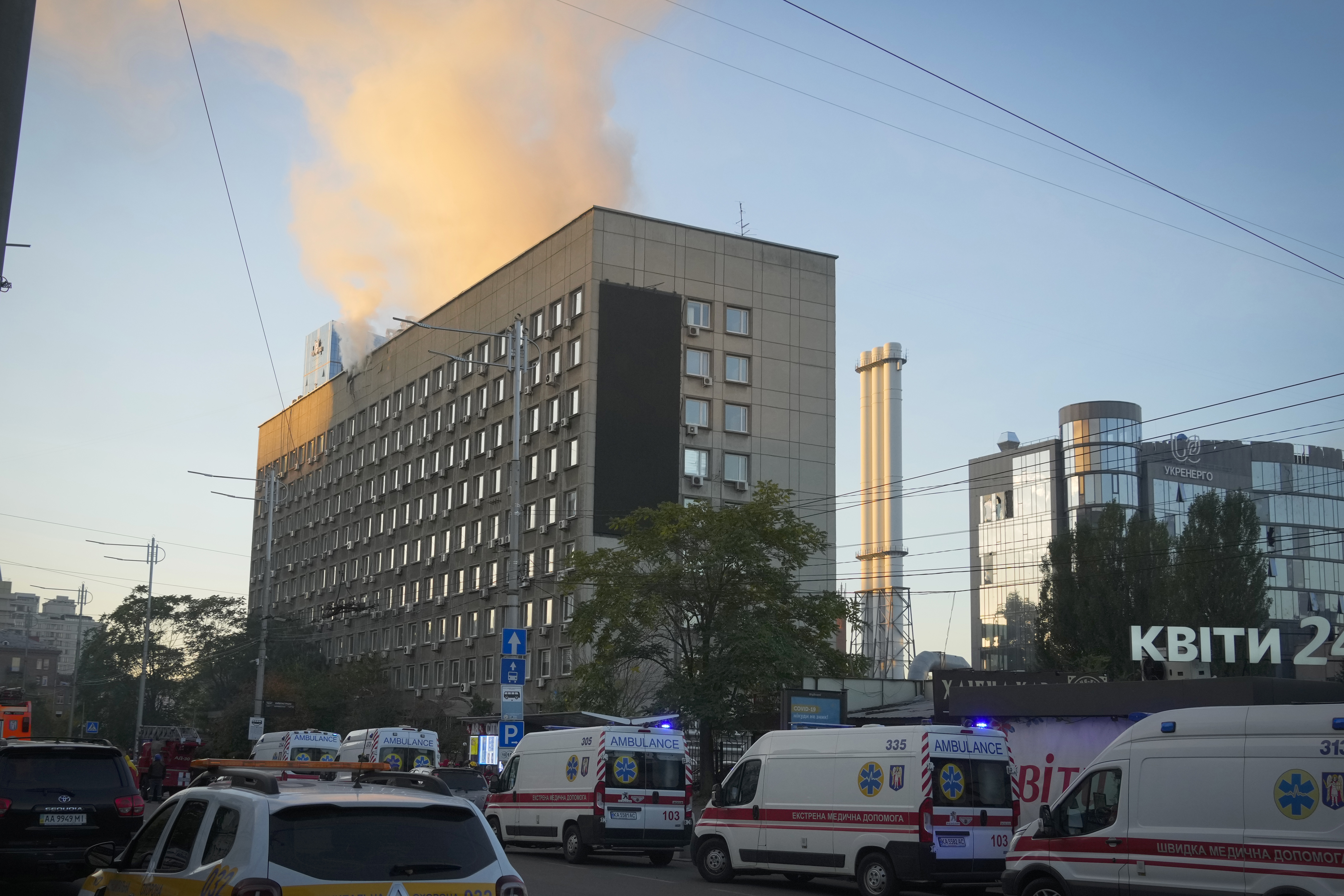 The capital’s central Shevchenko district was among the areas hit, with apartment blocks damaged and a non-residential building on fire, Kyiv city mayor Vitali Klitschko said.

An Associated Press photographer who was out shooting morning scenes of Kyiv caught one of the drones on camera, its triangle-shaped wing and pointed warhead clearly visible against the blue sky. Drones came in several waves and buzzed overhead with angry hums from their engines.

There was no immediate word of casualties. The drones’ intended targets weren’t immediately clear but Russian strikes over the past week have hit infrastructure, including power facilities.

The explosions came from the same central Kyiv district where a week ago a missile struck a children’s playground and intersection near the Kyiv National University’s main buildings.

Social media posts showed a fire in the area of the apparent strike, with black smoke rising into the early morning light.

Russian forces struck Kyiv with Iranian Shahed drones, wrote Andrii Yermak, the head of the Ukrainian president’s office, in a post on the Telegram social media site. Russia has repeatedly been using the so-called suicide drones in recent weeks to target urban centers and infrastructure, including power stations.

Strikes in central Kyiv became a rarity in the last several months after Russian forces failed to capture the capital in the beginning of the war. Last week’s early morning strikes were the first explosions heard in Kyiv’s city center in several months, and put Kyiv as well as the rest of the country back on edge as the war nears nine months. Monday’s blasts seemed to continue what many fear could become more common occurrences in urban centers.

Russian President Vladimir Putin said last week’s strikes were in retaliation for the bombing of a bridge connecting the Crimean peninsula with the Russian mainland. Putin blames Ukraine for masterminding the blast, which suspended traffic over the bridge and curtailed Moscow’s ability to use the bridge to supply Russian troops in the occupied regions of southern Ukraine.

The strike on Kyiv comes as fighting has intensified in the eastern regions of Donetsk and Luhansk in recent days, as well as the continued Ukrainian counteroffensive in the south near Kherson and Zaporizhzhia. President Volodymyr Zelenskyy said last night in his evening address that there was heavy fighting around the cities of Bakhmut and Soledar in the Donetsk region. The Donetsk and Luhansk regions make up the bulk of the industrial east known as the Donbas, and were two of four regions annexed by Russia in September in defiance of international law.

On Sunday, the Russian-backed regime in the Donetsk region said Ukraine had shelled its central administrative building in a direct hit. No casualties were reported.