Ben Simmons’ Immediate Reaction To His Return To Philly 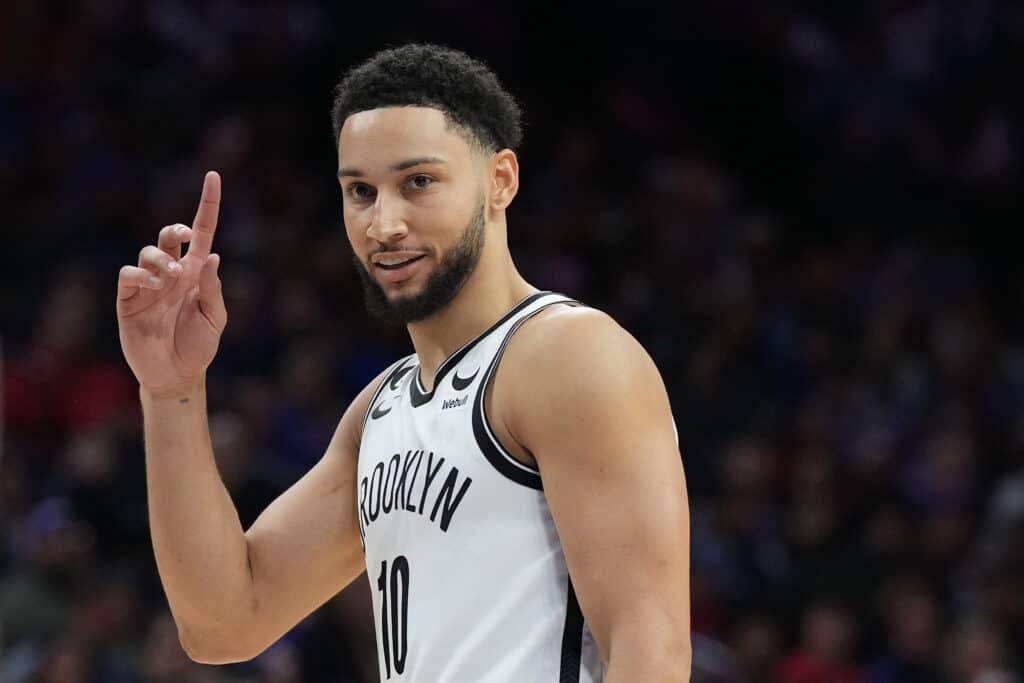 Brooklyn Nets star Ben Simmons made his highly anticipated return to Philadelphia on Tuesday, as he and the Nets faced the Philadelphia 76ers on the road in a very hostile environment.

The game marked Simmons’ first time playing in Philly since he was a member of the 76ers organization.

Philadelphia, despite being undermanned, was able to beat Brooklyn in the matchup, as the Sixers came away with a 115-106 win.

Despite the result, Simmons put together a nice performance, continuing a trend of solid play that he’s been working on of late.

For most of the night, the 26-year-old had to deal with a brutal Philadelphia crowd.

However, some Sixers fans did show him some love before the game started.

Ben Simmons literally climbed into the stands to sign autographs and take selfies with fans after his pregame workout. pic.twitter.com/gCfAlVWtpR

After the game, he expressed gratitude for that.

As it pertains to the overall environment that the Sixers crowd produced, Simmons was expecting more.

He did get booed for virtually the entire night, but he thought the crowd was going to be louder.

Ben Simmons on the reception he got from the crowd in Philly tonight:

"I thought it was going to be louder" pic.twitter.com/CGdd0WqnPO

Simmons and the Nets will face the 76ers on the road again in January, so the environment will be another storyline to follow the second time around.

Is Simmons Officially Back?

Over the first few weeks of the 2022-23 campaign, Simmons looked like a shell of his old self.

He averaged just 5.2 points, 6.2 rebounds, and 5.9 assists per contest over his first nine games this season.

However, he has started to come alive over the past week or so, and that trend may be here to stay.

Here’s how the three-time All-Star has performed in his last four games:

Simmons is playing at a high level again, and that’s fantastic news for the Nets going forward.

The post Ben Simmons’ Immediate Reaction To His Return To Philly appeared first on The Cold Wire.