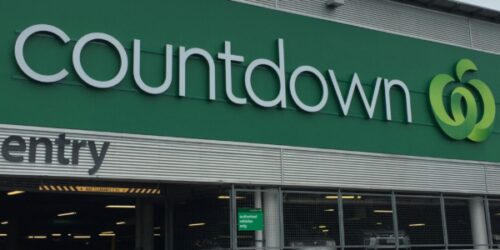 Several people were arrested following what police describe as a “disorder incident” in an east Auckland supermarket.

A police spokesperson says a number of calls were received about disorder and fighting just before 3.30pm on November 20 at Beachlands Countdown.

“[Police also received] information suggesting some [members] of this group were attempting to steal items.

“Police arrived in around 10 minutes. Three people were taken into custody.”

The spokesperson says it appears there were reports of about four people in the store who were injured, “although [it] does not appear seriously”.

The incident drew a frustrated and angry response on a Facebook page for Pohutukawa Coast residents, some of whom commented on a post that they were in the supermarket at the time and saw what happened.

One comment said a man slipped on a drink that had been spilled on the floor after being thrown by one of the people involved.

Another said an older man and a woman were injured in the incident and bystanders intervened and held one of the women involved.

One person described it as “disgraceful behaviour” whilst another said they saw people handcuffed and sitting on the road between two police cars afterward.

A Countdown spokesperson says: “The safety and well-being of our team and community is our absolute priority and violence or abuse of any kind is not tolerated in our stores.

“It’s upsetting for everyone involved when an incident of this nature takes place, however we’d urge members of the public not to physically intervene as this often further escalates the situation.”

The shopping complex has been the site of several ram-raid burglaries this year and is only about 2km from the Counties Manukau East Police headquarters in Ormiston Road.

Luxon said he’d talked to retailers in the mall “and what I’m struck by is the huge suffering they are under and how it plays out for them, their victims, their customers, their staff and people not feeling safe in their own businesses as a consequence”.

“Earlier in the week we announced our policy around young serious offenders,” he said.

“We believe that is the answer to ensure we’re doing the right thing to look after the victims.

“We care deeply about these young people [who are offending] but they need some boundaries and some tough love.

“And, most importantly, making sure we’re keeping New Zealanders safe in their own homes and their businesses and their communities.”

When Luxon recently announced the National Party’s new plan to combat youth offending he said a ram-raid is being committed in New Zealand every 15 hours and that’s a sign the Labour Government’s “soft-on-crime approach is failing”.