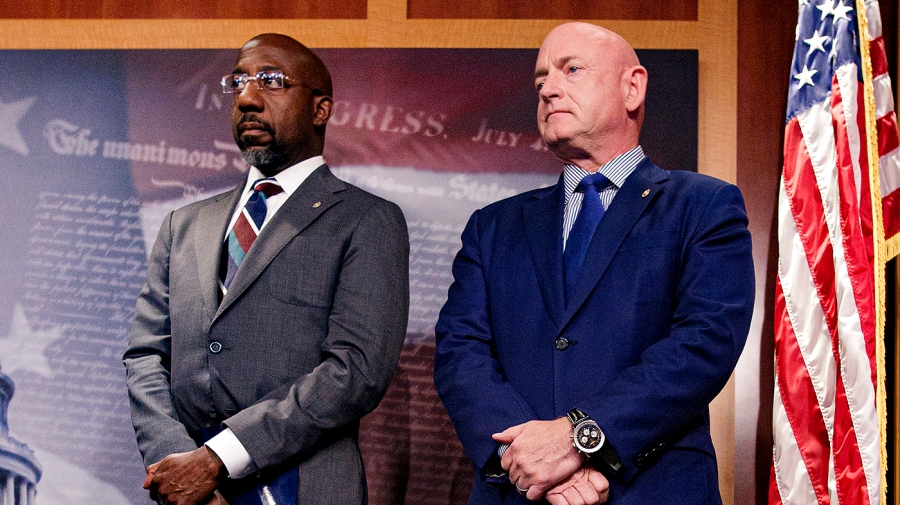 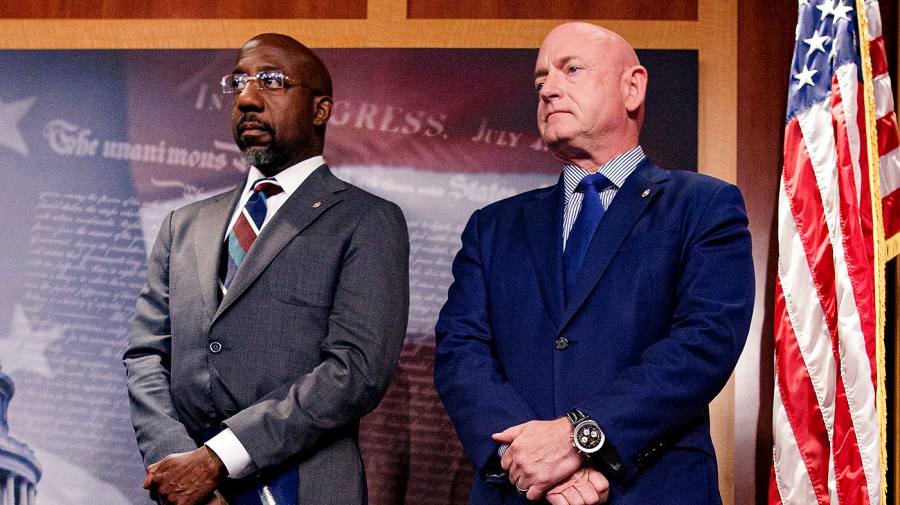 Vulnerable Democrats in the early hours of Sunday sought cover on preserving Title 42, the Trump-era health order that prevents migrants from entering the country on asylum claims.

Six Democrats voted for the amendment put forward by Sen. Jon Tester (D-Mont.), who said it would have ensured that a comprehensive plan is in place before Title 42 is lifted.

Five vulnerable Democratic incumbents voted for the amendment, along with Tester, the sponsor, but it failed to reach the 60-vote threshold to overcome a procedural objection.  It fell short by a vote of 56 to 44.

Minutes before that, however, all Democrats voted against an amendment proposed by Sen. James Lankford (R-Okla.) that was nearly identical to the Tester revision. That proposal called for pulling $1 million in funding from the Affordable Care Act to maintain Title 42.

But because the Lankford amendment was in line with budget rules, it only required 51 votes for passage. If Democrats had supported the measure it could have been added to the bill, putting final passage of the package in jeopardy.

Vulnerable Democrats felt safe voting for the Tester alternative because they knew it wouldn’t collect 60 votes to waive a procedural objection to it.

Lankford said the procedural sleight of hand allowed vulnerable Democratic colleagues to vote for Title 42 without any chance that their vote would tie the Biden administration’s hands.

“This allows any individual to be able to vote for [Title 42] but actually oppose the one that would have actually implemented the policy,” he said on the Senate floor. “This is the reason people get so angry at Washington, D.C.”

The side-by-side amendments were proposed during the weekend’s marathon vote-a-rama, when senators voted on a number of potential revisions for the Democrats’ sweeping package, titled the Inflation Reduction Act.

The vote-a-rama is part of the budget reconciliation process, which Democrats are using to buck a GOP filibuster and pass their bill with a simple majority vote.

Republicans have vowed to bring a number of amendments to the floor to force Democrats into difficult votes, and as an attempt to change the bill before it is brought up for a final vote.

Lankford and Tester proposed the pair of Title 42-related amendments more than four months after the Biden administration rescinded Title 42, controversial pandemic-era immigration policy introduced under former President Trump that allows migrants to be expelled at the border and blocks them from seeking asylum.

In May, however, a federal judge issued a ruling that temporarily blocked the Biden administration from repealing the policy.

Moderate Democrats undercut Biden’s decision in the days after the move, labeling the decision as frightening and wrong. The action also put vulnerable Democrats facing reelection in a tough spot, forcing them to take a stance against Biden and in favor of preserving the measure.

Cortez Masto, Hassan, Kelly and Warnock are all up for reelection in November.