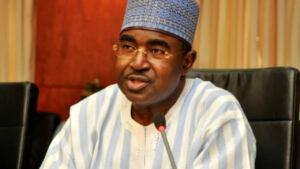 He noted that the severity of the situation was unknown until the 2018 United Nations Office on Drugs and Crime, UNODC-supported National Survey on Drug Use and Health was conducted leading to worrisome findings.

“Before then, the drug use profile of Nigeria was sketchy. The survey gave us facts for the first time and we got to know that Nigeria, as of 2018, had a 14.4 percent drug use prevalence.

“That was an eye-opener. The statistics may not mean much at face value, only by comparison will the danger become glaring.

“The average global drug use prevalence was 5.5 percent, at 14.4 percent. Nigeria has almost three times the global prevalence. “Without any doubt, the country has a serious substance abuse problem.

“Secondly, the survey gave us an idea about the pattern of abuse vis-a-vis prevalence and substance type in various regions of the country.

“The biggest revelation was that 10.6 million Nigerians abused cannabis. Again, this is a mere figure until you begin to figure it out in terms of the human impact. The ramification is that we have a cannabis-using population that is bigger than countries like Portugal and the United Arab Emirates.”

Marwa who was represented at the event by Zonal Commander, NDLEA, Lagos, Dr. Segun Oke, said: “In 22 months, the agency has arrested 20, 000 offenders and convicted 3,111 in court. We have seized 5.5 million kg of illicit drugs, destroyed 900 hectares of cannabis farms and dismantled two illicit methamphetamine laboratories.”

He assured that next year will be tougher as a result of the amended NDLEA Act that will pave way for convicted traffickers to spend long years in jail without  option of a fine.

“We are also trying to present a counter-narrative to the wrong messages out there that brainwash young people to believe that illicit substances are harmless.”

“A number of factors, namely  poor planning, fiscal indiscipline and policy somersault, could be ascribed to why Nigeria gradually walked her way in to a distressed economy.

“The health of any given population is shaped by socio-economic context, employment, public policies, socio-demographic characteristics and social welfare system of the country.

“There are strong research findings to show that changes in these key socio-economic determinants may be reflected in the mental health of the populace.

“Thus, mental health of the people is vulnerable during economic distress or recession.

“In other words, economic recession and its associated problems such as unemployment, income decline and huge debts are significantly associated with poor mental health, increased rates of common mental disorders (anxiety and depression), psycho-active substance use disorders and suicidal behaviours.”

He explained that in the face of security and socio-economic challenges facing the country, prevalent mental health, complications include anxiety disorders, depression, sleep disorders, suicide, among others.

Corroborating his views, President of World Medical Association, WMA, Dr. Osahon Enabulele, appealed to the Federal Government to assent to the Mental Health Bill to address the challenges of mental health in Nigeria.

Enabulele said about a billion people in the world, and one in every four Commonwealth citizens, particularly in the low and middle income (LMICs) countries and pre-eminently among women and the younger age group 20-24 years, were known to be affected by one form of mental health problem or the other.

“This is with about 80 percent of people unable to receive any form of treatment, a situation that leads to the loss of a trillion dollars annually.

“Unfortunately, during the COVID-19 pandemic, this burden of mental health is estimated to have increased by 25 percent.

“This was due to an interplay of  factors, including economic fortunes and worsening poverty, increased resort to substance use, and the disruption of mental health services, including emergency psychiatric services.”