Ukraine poised for crucial blow to Putin in battle for Kherson 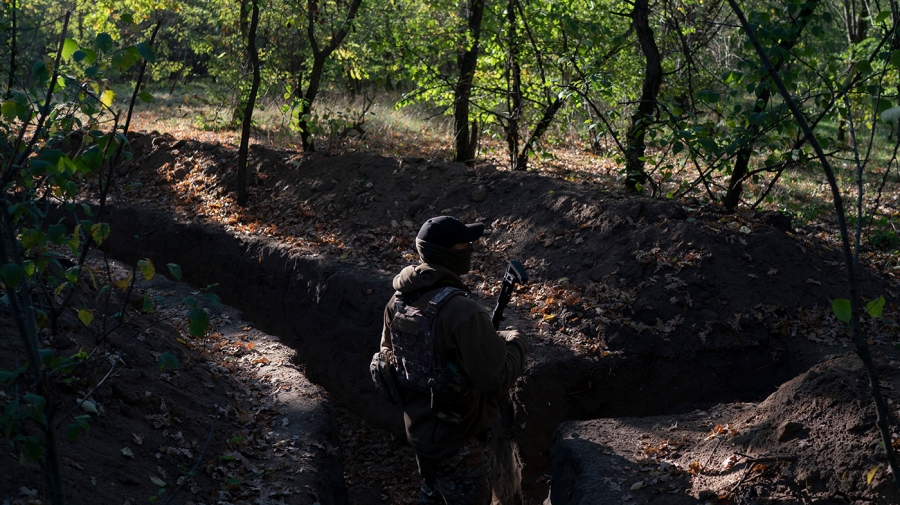 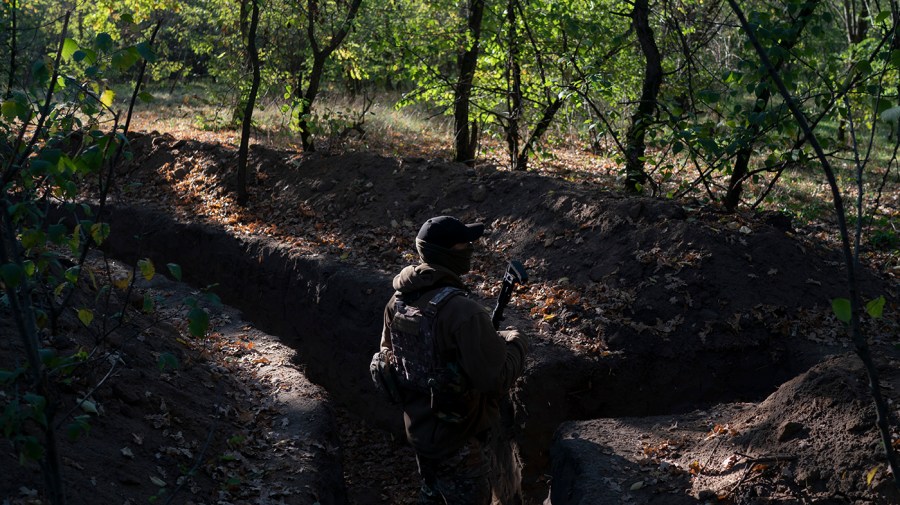 Ukraine appears poised to deliver another crucial blow to Russian President Vladimir Putin’s war effort with a counteroffensive to take back Kherson, which was the first major Ukrainian city seized by Russia after its invasion in February.

Ukraine has blacked out all media on its operations around the southern city this week, as it did ahead of a successful counteroffensive in the northeast last month. Experts studying the war said all signs point to a major offensive in the coming days, with Russia already signaling its potential retreat.

Ukrainian victory in Kherson, which is the only regional capital that has been captured by Russian forces, could set the direction of the rest of the war, said John Spencer, chairman of urban warfare studies at the Modern War Institute at West Point.

Russia has sent nearly 30,000 troops to Kherson in an attempt to reinforce its positions; however, Ukraine has reportedly reclaimed dozens of settlements in the region and has been increasing its air strikes on Russian defense systems, suggesting a combined ground and air assault coming soon, Spencer said.

With no information coming from the Ukrainian side, war observers have been left interpreting radar and signals from the Kremlin, which appears to be “shaping the information space to prepare the Russian population for military defeat in Kherson,” said George Barros, a Russia and Ukraine analyst at the Institute for the Study of War.

Gen. Sergey Surovikin, the newly installed commander of Russian forces in Ukraine, this week said “difficult decisions” may be necessary in Kherson, adding: “We will be guided by the need to preserve the lives of the civilian population and our military personnel as much as possible.”

Barros said that does not mean Russia will give up the city without a fight, but rather that it is preparing for possible defeat, after its losses in Kharkiv last month seemed to stun many pundits and the Russian public.

The U.K.’s Defense Ministry said Thursday that Surovikin’s announcement “likely indicates that the Russian authorities are seriously considering a major withdrawal of their forces from the area west of the Dnipro river.”

And American officials told The New York Times that sustained Ukrainian pressure in the coming weeks could break Russian units and clear the way to seizing Kherson.

Putin also announced martial law in annexed regions of Ukraine this week, creating a veneer of legal legitimacy for efforts by occupying officials to evacuate Kherson. Those officials said Thursday that 15,000 Ukrainians had already been evacuated, with plans to send some 60,000 people to Russia in the coming days.

Even a withdrawal of Russia’s 30,000 troops would not be easy. Ukraine has largely destroyed the main bridges crossing the Dnieper River around Kherson, leaving Russians only a pontoon bridge and an earthen crossing at the key Kakhovka dam to move forces and equipment across the river.

Branislav Slantchev, a professor of political science at the University of California, San Diego, said Ukraine appears to be allowing Russian troops to leave, either to avoid casualties or because Ukrainian commanders are not confident they can take on the current Russian forces.

Russian officials have also been warning locals that Ukraine is planning to blow up the Kakhovka hydroelectric plant, which Slantchev and others see as laying the groundwork for a “false flag” operation, in which Russia will destroy the dam after retreating across it, flooding densely populated areas along the riverbank in a foot or more of water.

“And then they’re going to start shelling this entire area from the other bank,” Slantchev said of Russian forces. “That’s a bit of a problem because they actually can reach it … and it will not be easy for Ukrainians to push them out until they figure out a way to cross the river themselves.”

However, Ukrainian victory in Kherson is not a fait accompli. Russian officials have said they are not giving up the city, but merely moving out civilians ahead of the battle to come.

“It should be remembered that if the Kremlin decides to defend Kherson and turn it into a fortress, the Ukrainian forces may give up their capture for fear of suffering heavy losses during the fighting in the city,” said Piotr Żochowski, a senior fellow at the Warsaw-based OSW Centre for Eastern Studies.

Żochowski added that Kherson remains of “great military importance” to Russia, and losing it would jeopardize a crucial land connection between occupied Crimea and Russia.

Barros called the north bank of the Dnieper “extremely strategically important territory,” and said Ukraine failing to oust Russian troops could allow them to continue ground operations in “right bank Ukraine,” which includes the crucial port city of Odessa, a little more than 200 km (124 miles) away from Kherson.

Russia’s military victories so far have been contained in the east of the country, where it has now annexed four occupied regions including Kherson, though Russian missiles have hit targets across the country.

Kherson is not the only battle raging in Ukraine ahead of the winter. Fighting continues in towns in the northeast, where Ukraine surprised the world with its rout of Russian forces last month.

And Russia is also waging a furious assault on Bakhmut, an eastern city in the Donetsk, where the private Wagner forces are said to be making some gains with pounding artillery attacks.

Ukrainian President Volodymyr Zelensky over the weekend called the fighting in Bakhmut “the most difficult” in the country.

If Ukraine loses Bakhmut, it could allow Russia to advance to other key cities in Donetsk, which is among the regions annexed by Moscow.

Żochowski said the Russian Ministry of Defense has told forces to capture Bakhmut by the end of October, which would deliver a win that could help offset a loss in Kherson.

Slantchev said Russian control of Bakhmut would threaten all of the territories in the north that Ukraine has recently liberated.

“With this kind of war there is always back and forth,” he said. “People always want to say so now there’s momentum and now it’s going to end this way. But it never quite works out that way.”