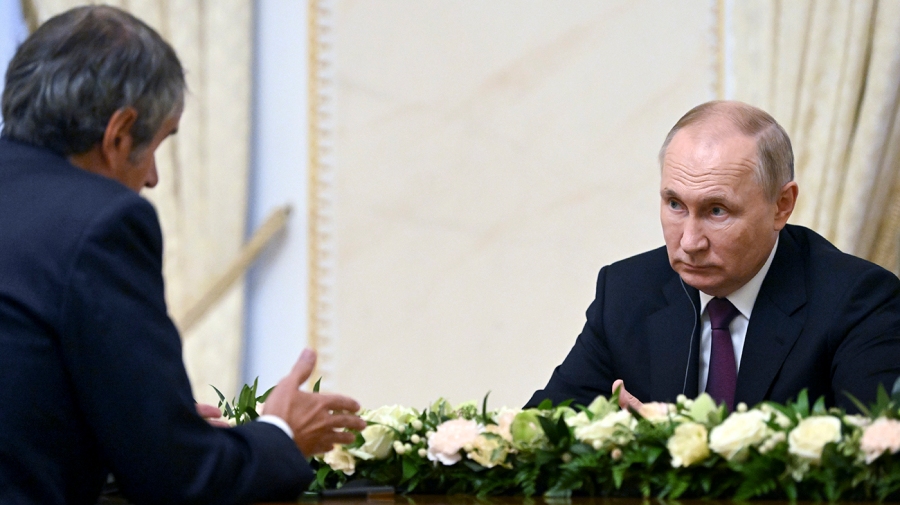 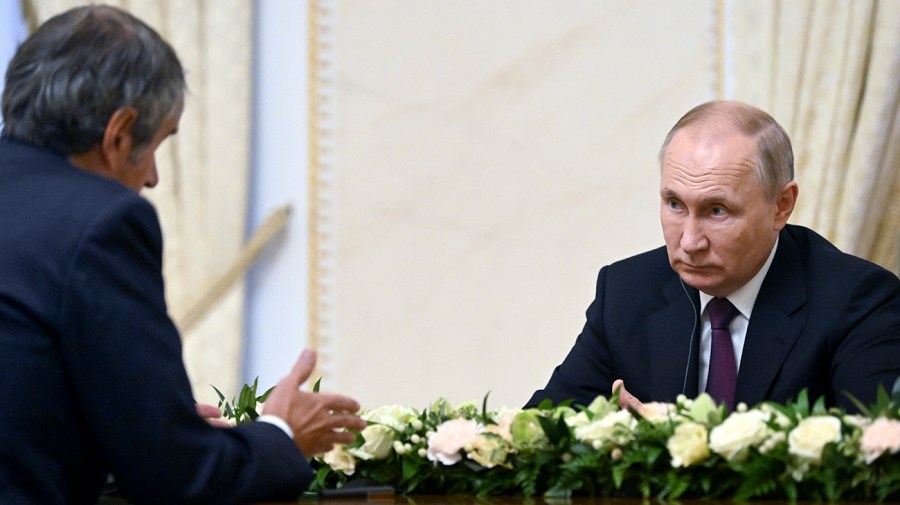 Mounting fears that Russian President Vladimir Putin could resort to a nuclear weapon to stem his losses in Ukraine have prompted debate about what are the real “red lines” for Moscow and Washington.

Putin has made only general threats to use nukes if Russia is attacked, though it’s unclear what that means given Moscow’s expanding claims of Ukrainian territory.

The United States, in response, has pledged “catastrophic consequences” if Putin goes nuclear, but President Biden in an interview Wednesday declined to offer any details about a U.S. response.

Former Defense Secretary Leon Panetta said Biden should be clear that if Putin takes the nuclear route, the U.S. “will not feel constrained to basically provide direct support to the Ukrainians to be able to ultimately win this war and defeat Putin.”

“The president is talking about Armageddon, he’s talking about catastrophic consequences. I cannot imagine that if Putin uses a nuclear weapon that that doesn’t take the nuclear genie out of the bottle,” he told The Hill.

Several security analysts who spoke to The Hill on Wednesday said being ambiguous gives the Pentagon and White House necessary flexibility.

“What you don’t want to do is to say very specifically ‘if A then B,’ because then what you do is you allow Putin to kind of have that calculation,” said Steven Horrell, a former U.S. naval intelligence officer now with the Center for European Policy Analysis.

He said the administration’s current stance of being clear there will be consequences but not relaying specifics will “hopefully deter that action — a tactical nuclear [weapon] or other in Ukraine,” but doesn’t pin the U.S. to any ultimatums.

U.S. presidents have learned painful lessons in the past from drawing too bright of red lines.

“Red lines is, I think, a very scary word in Washington, particularly following President Obama and the red lines supposedly drawn in Syria, and a lot of politicians and also leaders will shy away from that,” said Monica Montgomery, a policy analyst for the Center for Arms Control and Non-Proliferation.

Obama delivered a speech in 2012 promising to intervene in the Syrian civil war if Syrian President Bashar Assad’s forces used chemical weapons, but then didn’t follow through when those weapons were deployed a year later, which critics said emboldened Assad in crushing his opponents.

Montgomery said red lines can also be read as permitting other brutal actions.

“I think Putin’s already extremely aware of the risks that nuclear use would bring NATO into the theater,” she said, adding it was still wise to leave room to maneuver, as some theoretical uses of nuclear weapons may not justify such a drastic response.

Drawing red lines runs the risk of escalation by locking both sides into a dangerous tit-for-tat, argued Mathieu Droin, a visiting fellow at the Center for Strategic and International Studies.

“If at some point the U.S. finds itself in a position where it has to respond, clearly that’s a trigger for escalation,” he said.

However, Droin said there is value in discrete discussions with Russia about the “limits and the risks” of its activities in Ukraine to “manage the risk of escalation.”

Moscow has repeatedly suggested red lines during the war, warning against long-range U.S. missiles near Russia’s border, saying that an attack on Crimea would elicit a “Judgment Day” response and most recently suggesting that attacks on newly annexed territories of Ukraine will not be tolerated.

So far, increased Western support for Kyiv and continued Ukrainian gains in annexed territories have not spurred an extraordinary response from Russia.

Jeremy Shapiro, director of research at the European Council on Foreign Relations, warned against underestimating the Kremlin’s nuclear threats in an article for War on the Rocks this week — especially if Russia’s losses continue and Putin becomes convinced the future of his rule is at risk.

“Experts on the Russian military have long suspected that Russian nuclear signaling is an elaborate bluff meant to instill fear and caution in a weak-willed Western enemy,” he wrote. “But events in Ukraine and the possibility of a catastrophic military loss may have changed that calculation. Nobody really knows. It is likely that the Russians don’t know either.”

Chris Miller, a Russia expert at the Fletcher School at Tufts University, argued that Putin has not communicated “clear” and “credible” red lines, which he said is a good sign in terms of Moscow’s readiness to use a nuclear weapon.

“It’s dangerous to draw a line if you’re Putin, because if a line gets crossed you have to act or you lose your credibility,” he said.

The West has largely avoided steps that could lead to direct confrontation, with the U.S. refusing calls to impose a no-fly zone over Ukraine and NATO only now considering air defense systems that Kyiv has long been calling for.

In an interview with CNN’s Jake Tapper on Tuesday, Biden would only say that red lines have been discussed within the administration and gamed out by the Pentagon.

“There’s been discussions of that, but I’m not going to get into that. It would be irresponsible of me to talk about what we would or wouldn’t do,” he said.

Biden added that he believed Putin was a rational actor who had “totally miscalculated” when he invaded Ukraine.

Other officials have not been so vague on what a potential response from the West would be.

A ​senior NATO official on Wednesday said any Russian use of nuclear weapons would “almost certainly be drawing a physical response from many allies, and potentially from NATO itself,” according to a press officer, as reported by CNN.

That echoed a prediction from former CIA Director and retired Gen. David Petraeus, who said the U.S. would respond to a Russian nuclear attack by leading a NATO effort “that would take out every Russian conventional force that we can see and identify on the battlefield in Ukraine and also in Crimea and every ship in the Black Sea.”

Ahead of any major military move by Russia or the West, the U.S. and its allies are currently focused on outfitting Ukraine with systems to bolster its air defenses.

Gen. Mark Milley, the chairman of the Joint Chiefs of Staff, on Wednesday said the West needs to give Kyiv such systems in order for the embattled nation to help defend its airspace against attacks from Russian forces.

“What needs to be done here by all the various countries that were at the conference today is chip in and help them rebuild and sustain an integrated air and missile defense system,” Milley told reporters following a Ukraine Defense Contact Group meeting in Brussels.

He added that different systems owned by several countries, including Germany and Israel, should be provided to Ukraine and used in combination to protect its skies.

“I think it’s actions that count a hell of a lot more than words at this point,” Panetta, the former Defense secretary, said. “And I think if the United States and our NATO allies continue to provide support to the Ukrainians and provide the more advanced weapons — particularly air defense weapons that Ukraine needs — that says a lot right there.”