Punters still make a 2022 exit favourite for The Liar King 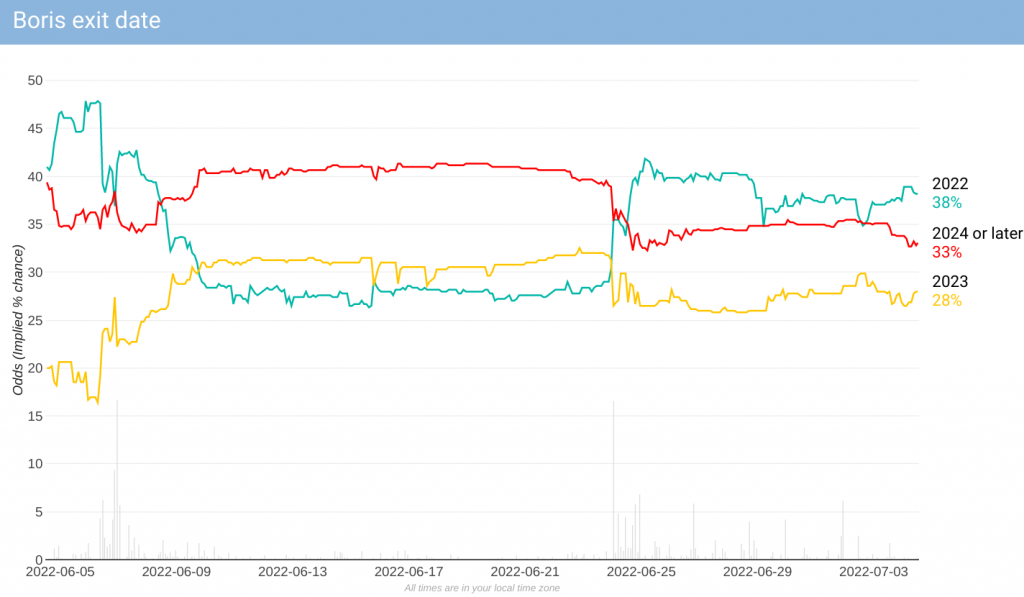 Although the Liar King survived last month’s confidence vote amongst Tory MPs the danger is not over for the PM. Next on the agenda is the election of the 1922 Committee executive committee and if anti-Johnson MPs do well in the MP election then it could prove to be troublesome.

The new executive could amend the rules that currently give a leader a year’s grace after surviving a confidence vote if the will is there.

There is talk of a ministerial reshuffle and here Johnson could be vulnerable if what ambitious Tory MPs end up getting is not in line with expectations raised by the PM when he was lobbying hard ahead of last month’s vote. Those who lose posts in the re-shuffle might also be added to the anti-list.