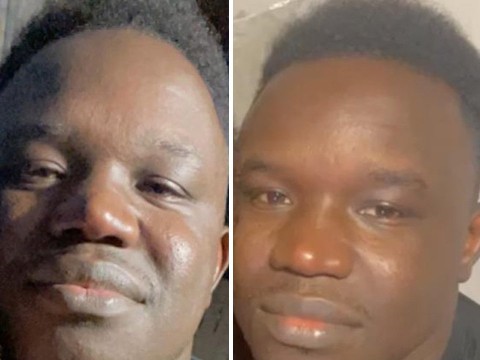 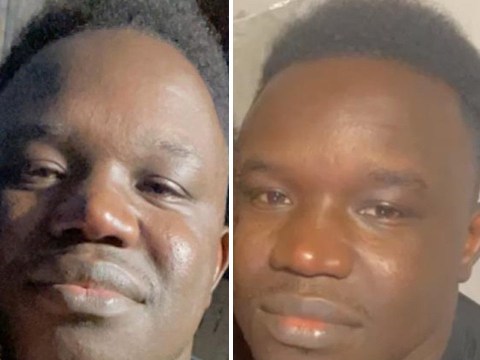 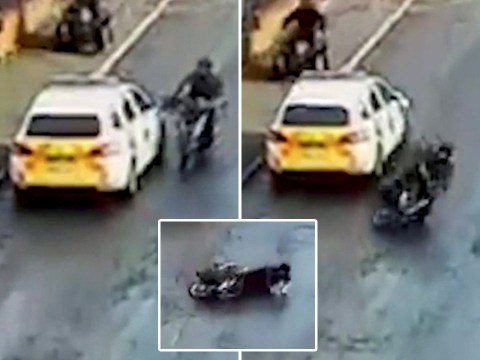 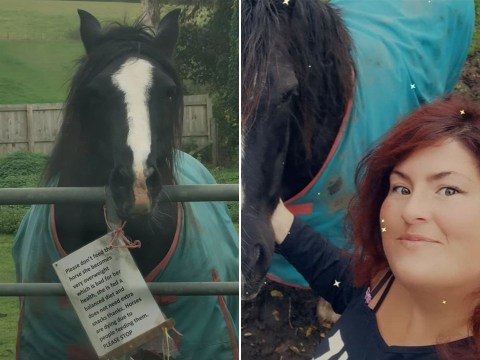 My daughter was four when I noticed she had awful flu symptoms; she constantly had a runny nose and was very stuffy.

After she started reception at school, less than one month in, she was constantly in and out of class with illness.

We didn’t know what it was; all we knew was that it was worse when we were out of the house – I just felt completely helpless.

She couldn’t breathe properly through her nose, and I was terrified about what was wrong.

I went to the doctors again and again, and they would repeatedly tell me that she must be allergic to something, and the onus was put on me to find out what.

It felt like it was my fault that I had given my daughter the wrong foods; that I was the one who was causing her issues.

This kept happening; no one was listening to us, and I was becoming more worried by the day.

In the following weeks, we had to go to the hospital twice, and I was pleading for help, telling them that I thought it was asthma and begging them to give her some medicine.

They just said no and that she was too young to be diagnosed with asthma. They kept coming back to allergies and what she had eaten, and saying we needed to isolate foods and test.

Then one day, her school called me. I was at home with my toddler and was heavily pregnant too. They said that my daughter, then aged five, was very ill.

Everyone was doing sports and playing, and she was slumped over in her chair, half asleep, half awake, in a zombie state.

I jumped in my car and raced to get her, my heart was pounding, and when I got there, I took her to the GP, and they told me I needed to take her to the hospital.

I was heavily pregnant, and I remember the stress of trying to find somewhere to park.

By this point, my daughter couldn’t walk.

The nurse took one look at her, and within seconds she was on oxygen, and doctors surrounded us. I knew things were bad. I pleaded with them to contact my GP and to get her an asthma pump, and finally, they agreed.

She was off school for two weeks, and they told me she had pneumonia, which I believe was exacerbated by her asthma.

You see, living in East London means that we are living in an area of London that has a higher rate of air pollution and because we are Black, we are disproportionately impacted by it.

Everyone deserves to breathe clean air, but for Black pregnant women and mothers living in London, it can be a luxury. Simply breathing in the local air can have devastating consequences.

Pregnant women are more impacted, and research by the mayor of London has shown that non-white people are more likely to breathe in illegal levels of air pollution.

We live in Lewisham, near where Ella Adoo-Kissi-Debrah, a nine-year-old girl, died in 2020 when her asthma was exacerbated.

Ella died when she was just nine years old and was the first person to have air pollution listed on her death certificate as the leading cause of her passing, thanks to the tireless campaigning of her mother.

Knowing that she died breathing in the same air my family and I do is terrifying.

We live in an area where there are many cars, and my daughter and I used to go through a tunnel full of fumes to walk to school every day.

In the end, we started to drive instead, which meant we avoided the fumes but ironically are exacerbating the problem.

I didn’t know then what I do now and how much the air could have impacted my daughter’s health. She has now been diagnosed with asthma, and people with asthma are impacted adversely by air pollution.

The environment that you live in can make it significantly better – or not. If you have asthma, you are going to be more vulnerable to those car fumes.

Air pollution is a global issue, with almost all of the population breathing air that exceeds WHO guidelines – but it’s also a London issue.

The numbers are going up, and research has shown that women exposed are more likely to have premature, underweight or stillborn children – and Black women are more likely to breathe illegal levels of air pollution than White or Asian.

What we need to do now is to drive greater awareness to Black mothers and help guide their daily decisions.

We need to educate people that air pollution is not just transport; it’s linked to things like housing issues, building work, or even household products like bleach.

People have often said to me and other Black women, ‘why don’t you just move?’

But the reality is it’s not that easy – it’s not as straightforward as just leaving. This is where my family lives, my support network, and my children are all settled in schools here, plus there’s the financial side too.

As Olivia, one of the women I have met through my work as the CEO of Global Black Maternal Health, who has also been impacted by pollution, explained, ‘Black communities rely more on family as a lot of the time they can’t afford the five days a week childcare costs, so we need that network.

‘But you also need to feel comfortable; I wouldn’t move somewhere knowing I was ostracised, I couldn’t live somewhere that wasn’t diverse, and I couldn’t raise a child in that situation. They might have a better education, but not a better-lived experience.’

There is no easy fix, but we can drive a much greater education of the impact on Black pregnant women if we speak to the women who are adversely affected.

Every day that passes, more and more preventable deaths are happening in our towns and cities because of air pollution inside and outside of the home. It’s time to change these outcomes from within.

This is why we at Global Black Maternal Health and Impact on Urban Health have launched the first-ever study that will speak to Black mothers in London.

The research study seeks to talk to as many Black pregnant mothers or Black mothers with children under five years as possible to gather information on education and attitudes.

We want to raise awareness about the impact of air pollutants in urban communities, and then we need action from the government – housing is a huge issue, impacting the wellness of mothers and children.

This is why we are surveying mothers and pregnant women living in London boroughs to determine their knowledge, behaviour and attitudes to air pollution.

Together, we can all help Black mothers to breathe clean air.


MORE : Pollution killed 9m people across the globe in 2019


MORE : Changing the way we do laundry could save tonnes in air pollution

October marks Black History Month, which reflects on the achievements, cultures and contributions of Black people in the UK and across the globe, as well as educating others about the diverse history of those from African and Caribbean descent.

For more information about the events and celebrations that are taking place this year, visit the official Black History Month website.