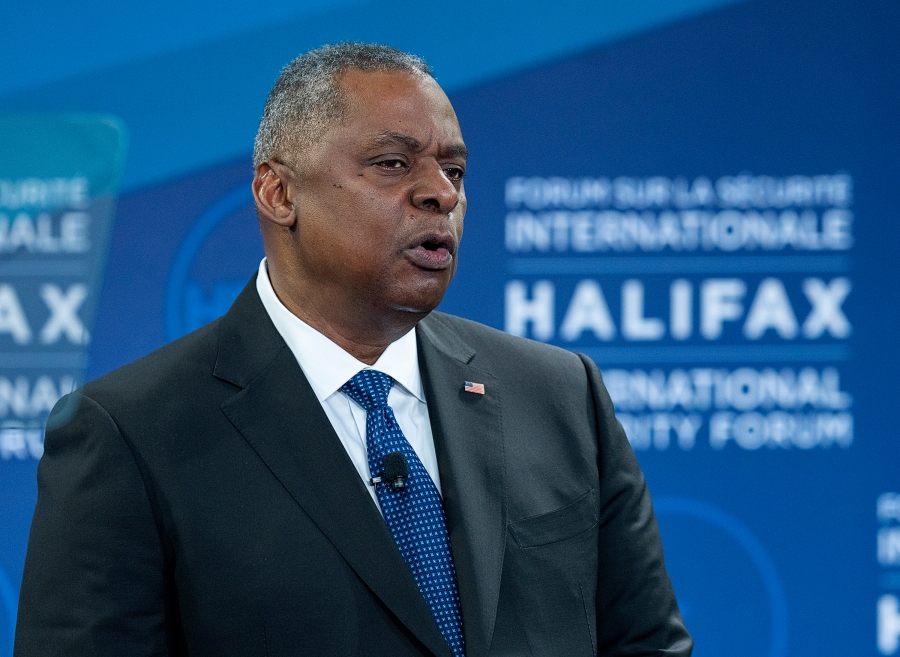 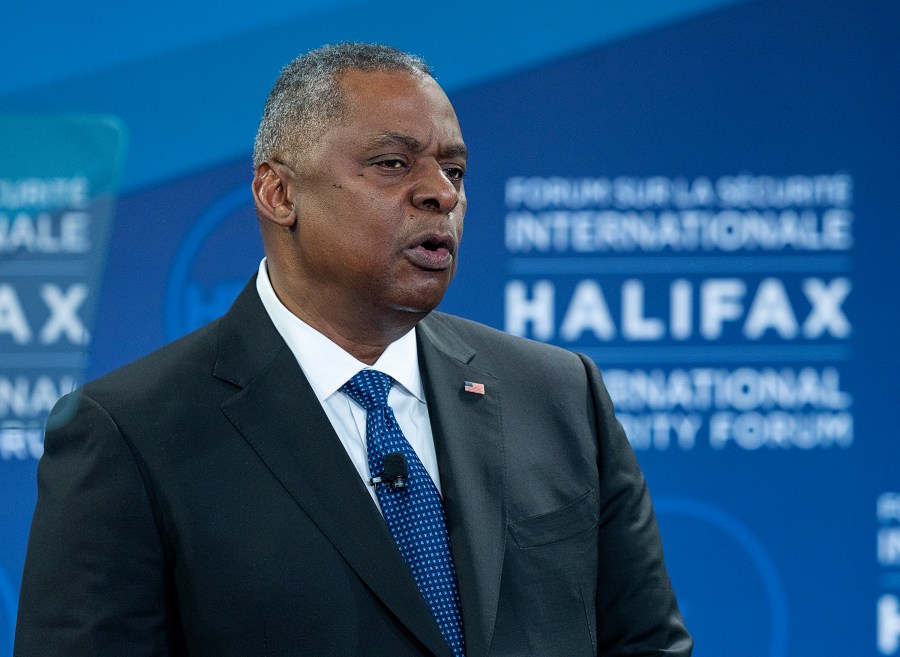 Defense Secretary Lloyd Austin warned on Saturday that Russia’s war in Ukraine could lead to a “dangerous spiral of nuclear proliferation” elsewhere in the world.

“Russia’s invasion offers a preview of a possible world of tyranny and turmoil that none of us want to live in,” Austin said at the Halifax International Security Forum in Canada. “And it’s an invitation to an increasingly insecure world haunted by the shadow of nuclear proliferation.”

“Because [Russian President Vladimir] Putin’s fellow autocrats are watching,” he continued. “And they could well conclude that getting nuclear weapons would give them a hunting license of their own.”

Austin noted the ripple effects of Russia’s war in Ukraine on the Taiwan Strait, where China has taken “increasingly provocative” military actions.

Secretary of State Antony Blinken warned last month that China appears to be pursuing unification with Taiwan “on a much faster timeline” than expected. While the island has been self-governed for decades, Beijing considers Taiwan to be part of its territory.

The U.S. has walked a fine line on the issue, but President Biden recently warned that American forces would defend Taiwan in the case of an attack by China.

Austin also noted in his remarks on Saturday that Russia has turned to Iran and North Korea for help in its war in Ukraine, as evidenced by the Iranian-made drones found in Ukraine.

“This kind of irresponsible behavior from Iran and the [Democratic People’s Republic of Korea] is a serious concern for our allies and partners in the Middle East and in the Indo-Pacific,” he added.