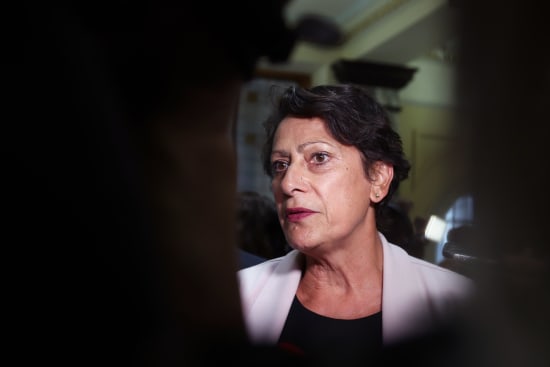 Awful, awful and awful. Punters had some choice words for those shuffled around – and right out of – the parliamentary deck this week

The Cabinet reshuffle is a time-honoured political tradition that draws time-honoured comparisons with deck chairs and the Titanic. It’s a questionable comparison because the deck chairs cast off the Titanic became sought-after items – one of them sold at auction in the UK in 2015 for over $200k – whereas this week’s Cabinet cast-offs are unlikely to be sought-after or sold to the highest bidder.

With the possible exception of Trevor Mallard. He’s retiring after a 35-year parliamentary career, most recently as Speaker, to take up a diplomatic posting, and was highly sought-after in opinion columns this week. The NZ Herald’s Audrey Young said Trevor is 80 percent good and 20 percent bad whereas Newstalk ZB’s host of Canterbury Mornings, John MacDonald, said Trevor’s 300 percent awful. To explain the maths, John said in his column that Trevor was, in his honest opinion, “awful”. Then several paragraphs later he honestly opined again that Trevor’s “just an awful, awful person”. So that’s three “awfuls”, in John’s honest opinion, two of which were superfluous in my honest opinion, together with one “complete plonker”, one “absolute embarrassment” and one “bully-boy”. There was also a “galling”, retracted and replaced by an “outrageous” that Trevor’s going to be a diplomat, our Ambassador in Ireland. Audrey Young thinks otherwise. “Believe it or not” she wrote “Trevor Mallard will make a fine diplomat”. I believe not. These are tense times in Ireland particularly in relation to the customs border with Northern Ireland as a result of Boris Johnson’s Brexit shambles, and potential unravelling of the Good Friday peace agreement. Blasting Barry Manilow’s “Copacabana” across the border would probably tip things over the edge. In my honest opinion.

As Mike Hosking might conclude, or might have already concluded (I haven’t checked), you can reshuffle your hand as many times as you like but a busted flush is still a busted flush.

Trevor Mallard is also going to be sought-after by a process server engaged by the enraged Winston Peters who is apparently pressing on with a legal proceeding seeking a judicial review of Speaker Mallard’s decision to trespass Winston from Parliament over the February/March protests. The trespass notice was rescinded almost as soon as it had been issued so query whether there’s any mileage for Winston in jousting at this particular windmill. But joust he did, dipping into his own catalogue of greatest hits to claim an “attempted cover-up”, reasoning that Mallard was leaving because of his threat of legal action. So query whether the claim of a Mallard cover-up is itself a canard which would be avianly appropriate. And query also whether Ambassador Mallard would be able to claim diplomatic immunity from these legal proceedings in any event. And query finally whether the best response to Winston’s claim would be for Ambassador Mallard to goad him with a cover of Barry Manilow’s “Can’t Smile Without You”.

If climate change isn’t addressed as a matter of urgency there may well be fewer nations in the Pacific for future Foreign Ministers to visit.

And therein lies the inherent limitation in a reshuffle – it’s right there in the name, you’re shuffling what you’ve already got. You don’t get to bring impact players off the bench because if they were impactful they ought to be on the field already. To be fair some of the new players may make an impact but that’s going to take time to assess, and they may have only as little as six months to make their mark as there will be another reshuffle early next year heading into the election. As Mike Hosking might conclude, or might have already concluded (I haven’t checked), you can reshuffle your hand as many times as you like but a busted flush is still a busted flush.

Both busted and flushed was former Minister of Police Poto Williams. Team Blue will claim some satisfaction at her departure having repeatedly called for her axing as the shots rang out and the raiders rammed in Auckland’s east, west, north and south. I would suggest there’s scant rather than even some satisfaction to be had in calling for a discard that was as predictable as calling for the day after the 31st of May to be replaced with the 1st of June.

Less predictable was whether Minister of Foreign Affairs Nanaia Mahuta would keep her role and unutilised travel perks. As it transpired she kept both evidenced by Australia’s Foreign Minister Penny Wong’s visit to Wellington this week. One of the issues discussed was climate change, and with good reason. If climate change isn’t addressed as a matter of urgency there may well be fewer nations in the Pacific for future Foreign Ministers to visit.

Have a peaceful weekend.