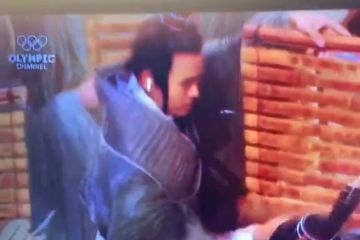 A WOMAN has divided opinion after slamming her boyfriend for wanting to go on a three-month holiday – but people have been left split.

She explained on Reddit that her partner wanted to go back to the country he grew up in, being a dual citizen.

She said that the long trip was because his parents had decided to sell his old family home and have invited him for a visit to spend time there before it is sold.

She wrote: “My boyfriend of 8 years is a dual citizen to 2 countries. The one we live and met in and the one abroad.

“His parents spend 6 months here and 6 there at a farm they bought years ago. My boyfriend lived there for 5 years when he was younger. His parents are selling the farm abroad.

“My boyfriend had told me he might like to go visit the farm for sentimental reasons before they sell.”

“They offer to pay a couple grand on a flight so he can go over there. Not the full cost of the flight but most of it.”

The woman said while she understood why he wanted to go, she was annoyed because it would mean he was away for almost three months.

She continued: “Even if I wanted to go. I couldn’t because I am in school and we can’t afford it anyways.

“I do agree, if he feels the need he should go. But just not for so long? I just don’t appreciate that I haven’t been taken into account and won’t have the same opportunity to go.

“I have voiced this to my boyfriend. He said he hasn’t had a vacation in a few years and wants to see the farm.

“While I agree he deserves it too, I would rather take an actual vacation together when time and money permits.”

The post received several responses, most of which criticised the woman for not wanting her boyfriend to take the sentimental family trip.

One wrote: “It’s his home that gets sold, his parents offer him to pay partly for but you seem to only complain and think about yourself.”

Another said: ” It almost sounds like you feel entitled to any money his parents chose to spend on him?

“It’s like saying since I can’t go you shouldn’t be able to.”

However, the woman did receive some support from other users, with one saying: ” It’s not unreasonable for you to want to spend the holidays with your partner.”

Another added: “It can feel a little scary to be away from a partner after so long together.”

This man was slammed by his girlfriend for going to Florida on holiday without her.

And another woman booked a surprise holiday for her and her boyfriend, but was called selfish by other people.

People were left divided over his long trip without her[/caption]