WMA to tackle health inequalities in Nigeria, other countries 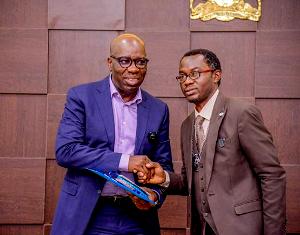 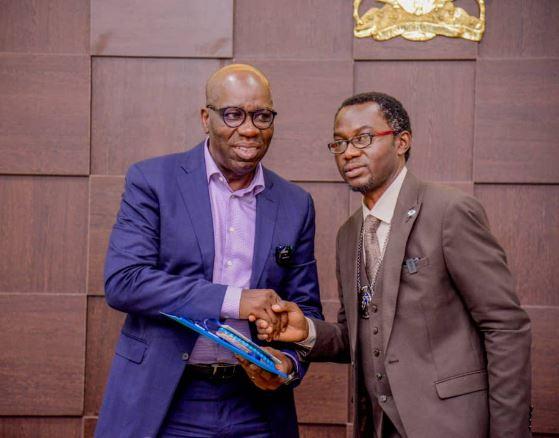 The newly inaugurated President World Medical Association, WMA, Dr Osahon Enabulele has said that plans are underway to address health issues affecting many parts of the world, including Nigeria and other African countries.

Enabulele who made the assertion when he paid a courtesy visit to Edo State Governor, Mr Godwin Obaseki at the Government House in Benin City on Wednesday assured the Governor that the association was committed to reducing health inequalities.

He disclosed that already discussions are ongoing with some physicians in various parts of the world on how to improve health systems in underserved communities, including Nigeria and other African countries.

The WMA President is also a Chief Consultant Family Physician at the University of Benin Teaching Hospital and the outgoing President of, the Commonwealth Medical Association. observed that medical personnel all over the world were doing everything possible to curb brain drain in such a way that it would result in a win-win situation for everybody.

While appreciating the state government for its physical representation during his inauguration in Berlin, Germany recently, he thanked Governor Obaseki for sending his deputy, Comrade Philip Shaibu to represent him at the event.

He further sought deeper collaboration with the state government to facilitate the actualisation of his lofty programmes he had started to carry out with a promise to organize one of his planned programmes in Benin next year.

Responding,  the Governor, Mr Godwin Obaseki said he was proud of Dr.Enabulele’s remarkable achievements and further called on him to use his tenure to tackle the brain drain of medical personnel and other workers in the health sector.

Acknowledging the challenges in the country’s health sector, Obaseki observed that the issue of brain drain was at an all-time high in the country and needed to be addressed.

He called on the president of the World Medical Association to evolve a workable solution that would positively impact the health sector, both locally and internationally.

The Governor thereafter pledged to support healthcare workers and make a case at the national level in Abuja to ensure a positive turnaround of the sector.

Similarly, the Deputy Governor, Comrade Philip Shaibu enjoined Enabulele to make Edo state proud during his tenure as it was a thing of pride to see the state represented on the global stage.

The post WMA to tackle health inequalities in Nigeria, other countries appeared first on Vanguard News.