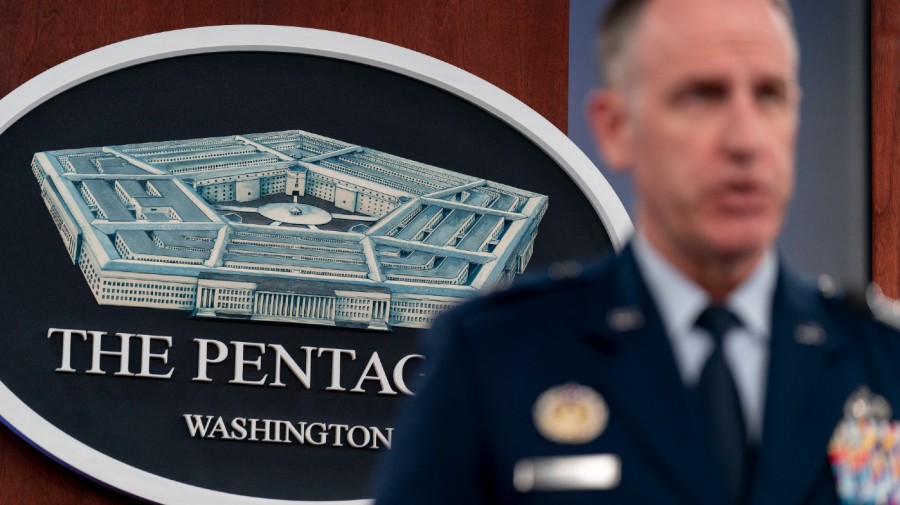 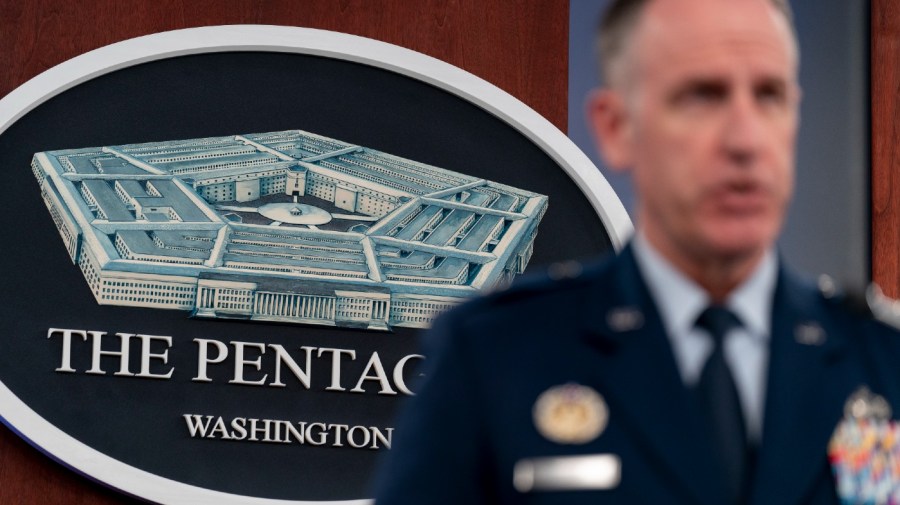 The Pentagon has never been a fan of using continuing resolutions (CR) to keep the government funded.

But the stopgap measure passed by the Senate on Thursday is causing particular concern about the U.S. military’s ability to stay competitive, due to record inflation gripping the country.

The Senate is considering a stopgap measure to fund the government through Dec. 16, buying Capitol Hill more time to negotiate appropriations bills.

The Pentagon is facing the usual frustration of being forced to hold off on starting certain projects, but also the additional headache of potentially losing buying power with each passing day.

“The thing that’s unique about this year is that inflation is occurring and is somewhat unpredictable, and a CR locks you into a previous year’s level of funding when prices are increasing,” Air Force Secretary Frank Kendall told Senate appropriators in a May 17 hearing.

“So, you need to get to a point where you can make some adjustments because of that,” he added.

Inflation was one of the first criticisms of President Biden’s proposed defense budget and caused the Pentagon to admit early on that its cost estimates were inaccurate.

The National Defense Industrial Association (NDIA) has estimated that the Department of Defense lost more than $110 billion in buying power from fiscal 2021 to 2023 due to inflation, coming on the heels of the COVID-19 pandemic and supply changes.

Seamus Daniels, an associate fellow at the Center for Strategic and International Studies, said a continuing resolution for fiscal 2023 would be “significantly detrimental” to the department because of inflation.

“Congress passed appropriations for [fiscal] 2022 at a base funding level of about $742 billion — that means that’s the level that the department is going to start at for 2023. But given the impact of inflation, that means [there’s] going to be a significant loss in buying power to start up the fiscal year. And we’re seeing this particularly play out as Congress is deciding how to mitigate the effects of inflation on the department for 2023,” he said.

But inflation is just one of the many challenges the Pentagon is facing in a stopgap scenario, as the continuing resolution unveiled earlier this week explicitly prevents the Pentagon from using funds for new or accelerated production of certain projects, and prohibits the department from initiating certain multiyear projects.

“There’s also just that whole level of uncertainty and the incremental approach you have to take for contracts, which is not cost effective, you can’t get the best prices — so, you’re kind of losing money here, left and right. And also, you get kind of delays in the system too and just getting money out the door. And this impacts everybody from people who do groundskeeping on our bases to your high-end research and development,” she said.

David Norquist, a former deputy secretary of Defense and comptroller who is now the president and CEO at NDIA, said continuing resolutions build delays into a system where speed is an advantage over adversaries.

“What a CR says is, let’s wait — let’s give China a three-month head start, may be a six-month head start before we actually start on this project that everybody decides is essential,” Norquist said.

“Going quickly is not normally a federal government strength in the first place, and this says stop, go slower, take longer. And if you think you are in a competition to deter another country through innovation, that’s poison,” he added.

In a Sept. 15 letter, four military associations urged congressional appropriators to pass all of the fiscal 2023 appropriations bills at the levels at least set by the Senate version of the National Defense Authorization Act. They wrote that continuing resolutions prevent new military family housing projects from being started, adds uncertainty to the procurement process and negatively impacts veterans’ care.

The federal government has operated under continuing resolutions in all but three of the past 46 years.

There’s also the added complication of the unique defense appropriations process, which includes a policy bill and a separate appropriations bill, and the wide gap between the latest proposals from the House and Senate on 2023 defense spending.

The House has already advanced its version of the bill, authorizing nearly $840 billion in spending for defense. The Senate Armed Services Committee’s version allocates $857 billion toward national defense spending.

But the defense authorization act is a policy bill and doesn’t appropriate funding for the department — making the need for an appropriations bill more urgent.

“Part of what can delay the authorization bill is the delay in the appropriations bill,” Norquist said.

“If the appropriations bill was moving on time, you would probably be seeing the authorization bill moving on time as well,” he added. “But since the department has to comply with both, each one has to have a good idea of where the other is going to end up in order to come to closure.”