What it Means to “Own” Your Online Credentials 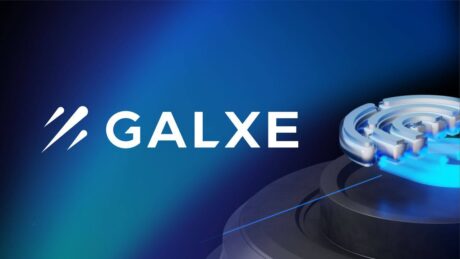 Googling “What are online credentials?” is quite like taking a shot in the dark. Results may differ across the likes of “banking credentials”, or “one’s online username and password”.  Although these versions are also correct, they only cover the very basics of online credentials. In a more expansive and elaborative sense, online credentials pertain to a user’s online behavioural patterns, looking at how they use an app, analysing different aspects such as how many hours they spend on certain features, which aspects of the app they use most, and so much more.

What Are Online Credentials Used For?

Online credentials can be used for a number of purposes, including targeted advertising, or the improvement of web app user experiences. The different data collected for these purposes include personal demographics (age, location, gender, etc) as well as behavioural patterns (locations visited, interaction with different pages, etc). With such a massive range of data being collected from individuals –  corporations have access to a pool (or more so an ocean) of data, for the benefit of their business.

Who Owns Credentials and How is it Stored?

One would automatically assume that their own personal information that they add onto the likes of Instagram would be their own intellectual property. In fact – this cannot be further from the truth.  As soon as a user signs up to a Web2 social media platform, the information that they have uploaded is now owned by the corporation in question. Unfortunately, through agreeing to the terms and conditions of these Web2 apps (which are more than often not read through by the users due to the thousands of pages), the user grants access to the corporation and is then left with little to no wiggle room when it comes to deciding who can or cannot use their online credentials, and how it is used.

Through this ownership, Meta is able to make billions through the use of personal data, making an estimated profit of $117.92 Billion in 2021, with an approximate 43% of this total revenue coming from North America (albeit only 10% of Meta users bring based in North America.)  The benefit or rewards that users reap from sharing their personal data, helping Meta make billions? None. The simple gesture of being able to use an app such as Facebook, Instagram, or Whatsapp is what users get in return for their data.

Apart from the non-existent benefits for Web2 users when it comes to online credentials, the lack of privacy is yet another issue. With millions of users’ private data being stored on one centralised system, there is an extremely high risk of data breaches. This proved to be true when  530 million Meta (Facebook) users were victims of one of the largest Web2 data breaches, where not only was their private data used by Cambridge Analytica without their consent – but it was also later leaked on another forum.

Enter the World of Decentralization

Considered to be the next version of the internet, Web3 is mainly characterised by its decentralised model, which is built on blockchain technology. This decentralised version of the web means that instead of companies such as Meta and Google mediating and controlling data on the web, users of Web3 are the ones who own and govern their own data online, made possible through the use of blockchain, cryptocurrencies, and NFTs. In Web3, ownership covers the ownership of information, meaning that in future Web3 social media apps, content posted by users would each have a smart contract attached to it – granting true ownership to the content creator in question.

What does it mean that users actually “own” a part of the web? In Web3, digital identities make use of self-sovereign identities (SSL), which move identity credential management from a centralised silo system (as seen in Web2) to a peer-to-peer model, using the likes of public-key cryptography, decentralised identifiers and blockchain. In turn, this model gives users the power to decide how their information is distributed by websites, services and applications across the web, as the point of connection has been shifted to the individual user, as opposed to the corporations.

The Rewards are Endless

Shifting the ownership of online credentials to individual users is not the only benefit that Web3 offers. GALXE, the largest Web3 credential data network in the world, offers Web3 users benefits that go way beyond shifting the ownership of their online credentials from corporations to the individuals. Through GALXE’s multiple Application Modules which include Credential Oracle Engine and Credential API, data curators now have the opportunity to be rewarded and monetise their credentials, thanks to the open and collaborative infrastructure provided by the data network. The ecosystem of GALXE can be easily accessed by all Web3 developers and projects, allowing them to leverage credential data –  ultimately helping them to build better products and communities for their users.

Are You Ready to Take Your Power Back?

Looking at the differences between Web2 and Web3 in terms of data ownership – it is clear that Web2 favours giant corporations, leaving individuals powerless in terms of how their data is used. The emergence of Web3 is shifting the notion of how online credentials are used and is truly giving individuals their well-deserved power back. With the help of networks such as GALXE, both Web3 developers and individual users are given an opportunity to benefit and thrive in this new age of the web. Are you ready to take your power back with Web3 online credentials?