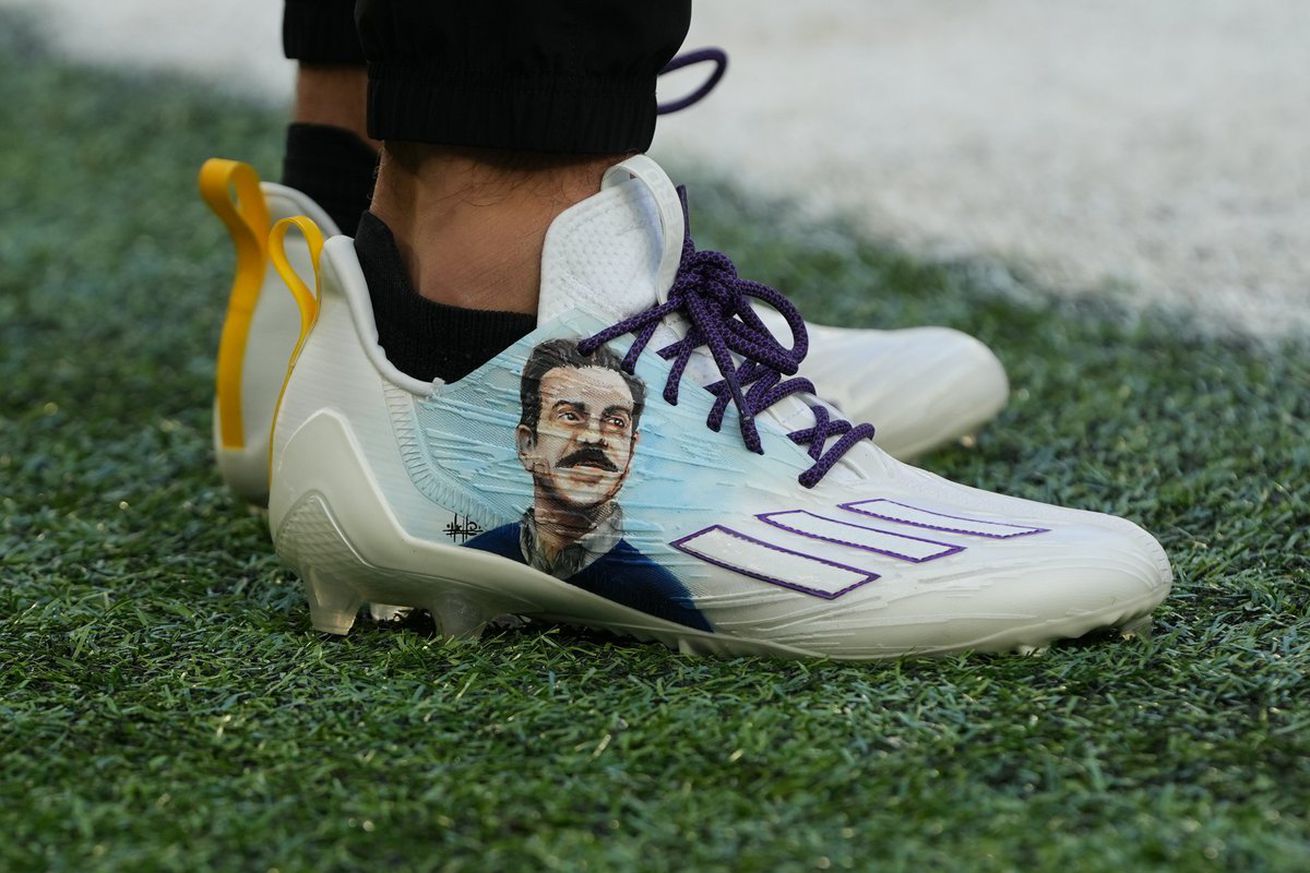 With the Minnesota Vikings set to take on the New Orleans Saints at Tottenham Hotspur Stadium in London, home of Tottenham Hotspur F.C., you had the feeling that one of the players might give a nod to Ted Lasso.

.@athielen19 had to represent for Coach Lasso in the UK.

The show, which sees Lasso portrayed to perfection by Jason Sudeikis, tells the story of the American college football coach hired by a new owner of a Premier League Club — the fictional AFC Richmond — to take over as manager. Unbeknownst to Lasso, the new owner of the club has visions of ruining the team, but Lasso’s unrelenting optimism slowly changes everyone’s minds.

Thielen’s cleats are not the only tribute to Ted Lasso from the NFL on this Sunday morning. The league’s social media account posted this prior to kickoff:

The third season of Ted Lasso is expected to premier on Apple TV+ later this fall. Fans needing their Ted Lasso fix sooner than that can get it in video game form, as coach Lasso and the rest of AFC Richmond are featured in FIFA 23.