US military points to Ukraine in warning China against Taiwan attack 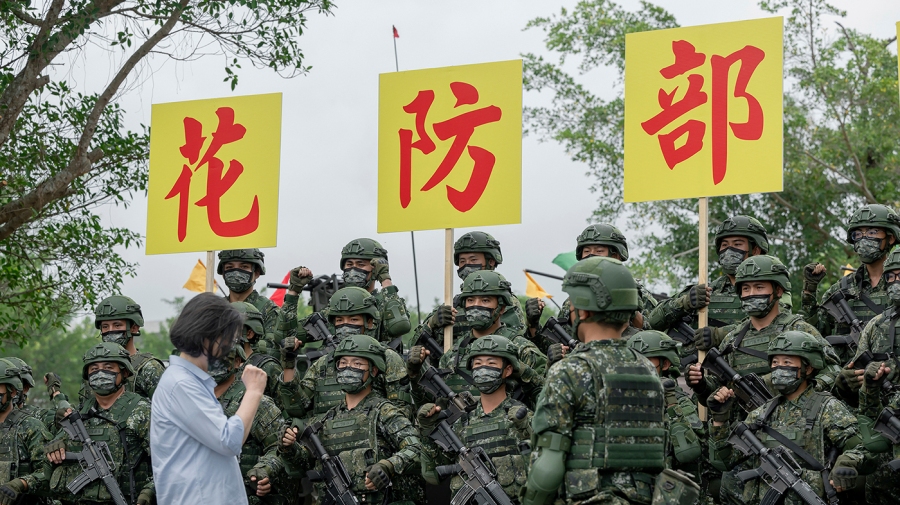 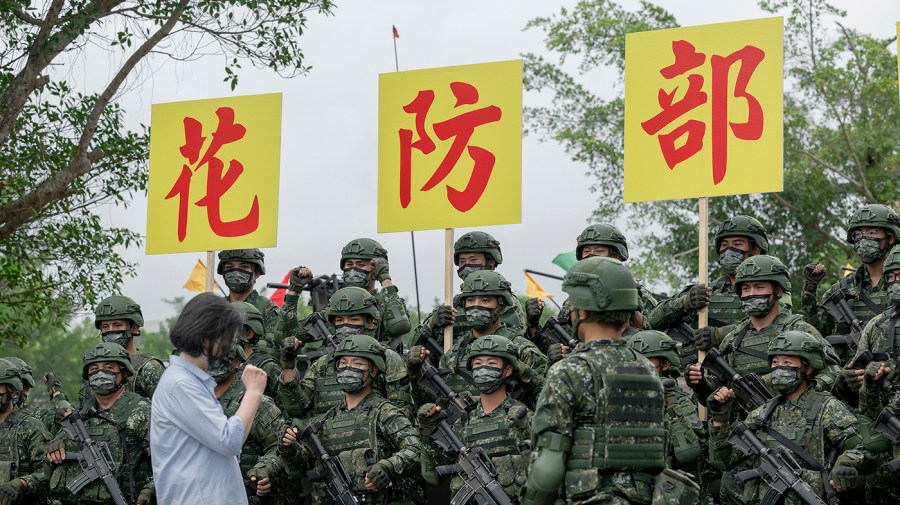 U.S. defense officials are looking to leverage Ukraine’s unexpected success in resisting Russia to dissuade China from a potential invasion of Taiwan.

Air Force Secretary Frank Kendall told reporters last week that Chinese leaders “would be making an enormous mistake to invade Taiwan,” pointing to the economic consequences Russia has incurred and warning the tab for such aggression “can be very significant.”

He also noted Moscow’s miscalculation about the length of the war, the hard resolve of the Ukrainians to fight, and the willingness of the Western world to provide Kyiv with lethal aid and military expertise.

“The short war you imagine may not be the war you get,” he said, adding that he believes “the Taiwanese people would fight, and I believe that we would assist them in some form.”

President Biden last week told 60 Minutes that U.S. troops would help defend Taiwan in the event of a Chinese invasion, the fourth times he’s made the declaration since becoming president.

Ukraine’s stunning gains this month, forcing a Russian retreat from occupied areas, has given the Biden administration a chance to tout the power of a US-backed military against an occupying army.

“I do not think that China wants to put themselves in a position that Russia finds itself in today, which is invading a democratic neighbor — one that I think would generate an enormous amount of global sympathy,” Pentagon policy undersecretary Colin Kahl earlier this month.

“I would hope that they would draw the lesson from Russia’s experience that, ‘Hey, maybe … we shouldn’t do that,'” Kahl said Sept. 7.

The U.S. has long pressed back against China’s intimidating tactics in the Indo-Pacific, particularly through drills and sending Navy warships through international waters claimed by China. The last such operation took place just last week, when the Pentagon sent a ship through the Taiwan Strait.

But Beijing’s intensifying military intimidation of Taiwan, which sits fewer than 110 miles off the coast of China, has raised questions about a speed-up timeline for a Beijing-launched military conflict to bring the island under its control.

Chinese president Xi Jinping has previously said his military could be capable of taking Taiwan by 2027, five years from now. Recent events in the Taiwan Strait, however, particularly a massive Chinese live fire military drill that took place in August, have some worrying an invasion could happen sooner rather than later.

Those fears were renewed with Chinese Foreign Minister Wang Yi’s ominous message on Saturday at the U.N. General Assembly, a speech that repeatedly emphasized China’s claim to Taiwan.

“Any scheme to interfere in China’s internal affairs is bound to meet the strong opposition of all Chinese and any move to obstruct China’s reunification is bound to be crushed by the wheels of history,” Wang said.

He also repeatedly expressed Chinese commitment to reunification with Taiwan following its split from the mainland in 1949 after the Chinese Civil War.

“Only when China is fully reunified can there be true peace across the Taiwan Strait,” Wang said.

Despite Biden’s pledges to defend Taiwan, administration officials have insisted that U.S. policy toward Taiwan had not changed. The U.S. since 1979 has maintained a “one China” policy, which walks a fine line recognizing Beijing as the sole legal Chinese government while maintaining an unofficial relationship with Taiwan.

The administration in February sent a group of former U.S. defense and national security officials to Taiwan, in a move meant as a signal to China that “war with Taiwan also means a war with the United States,” U.S. Institute of Peace experts Andrew Scobell and Lucy Stevenson-Yang wrote in March.

That looming U.S. military presence may keep China from moving on Taiwan for the time being, a tactic the Pentagon seemed to bet on when it revealed last week that the Air Force’s new B-21 Raider strategic bomber would be rolled out in early December.

“By virtue of the B-21 and the capability that it will provide to the United States military and to our allies and partners around the world, it certainly does send a message, in terms of our ability to provide global strike anywhere, anytime,” Pentagon press secretary Brig. Gen. Pat Ryder told reporters on Thursday, when asked whether the announcement was a message to China.

Since Biden’s comments on 60 Minutes, the Pentagon says it has not seen any military shifts by China in the Taiwan Strait.

Earlier this month Central Intelligence Agency Deputy Director David Cohen said that the U.S. intelligence community does not believe that Xi has made up his mind a over whether or not to attack Taiwan. He added that it’s believed the Chinese leader would rather take control of the island using “nonmilitary means.”

In the meantime, the CIA and other agencies are keeping an eye on what lessons China could learn from Russia’s attack on Ukraine, which U.S. officials believe has influenced when and how China would go about attacking Taiwan.