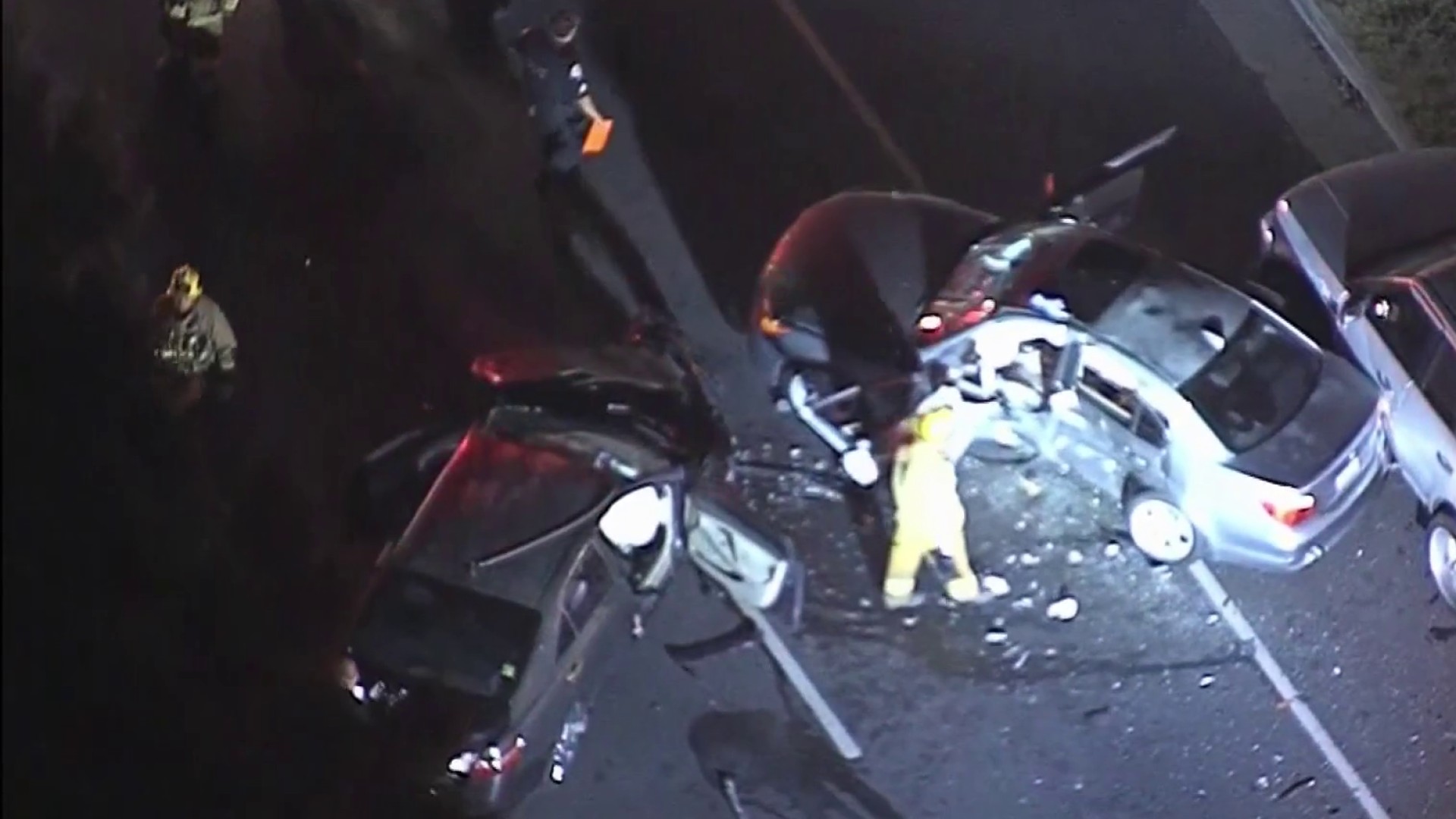 A child was ejected from a BMW sedan and the driver was trapped as a result of a two-vehicle crash in Arleta Sunday night.

The child, whose age and gender were not made available, was ejected from the vehicle, according to Humphrey. It was unclear if the child was buckled into a car seat, or needed to be but wasn’t.

Both were taken to hospitals in critical condition.

A police sergeant investigating at the scene told the station the BMW was T-boned by a Toyota Camry when it attempted to make a U-turn. It was not

made clear, however, which driver was at fault.