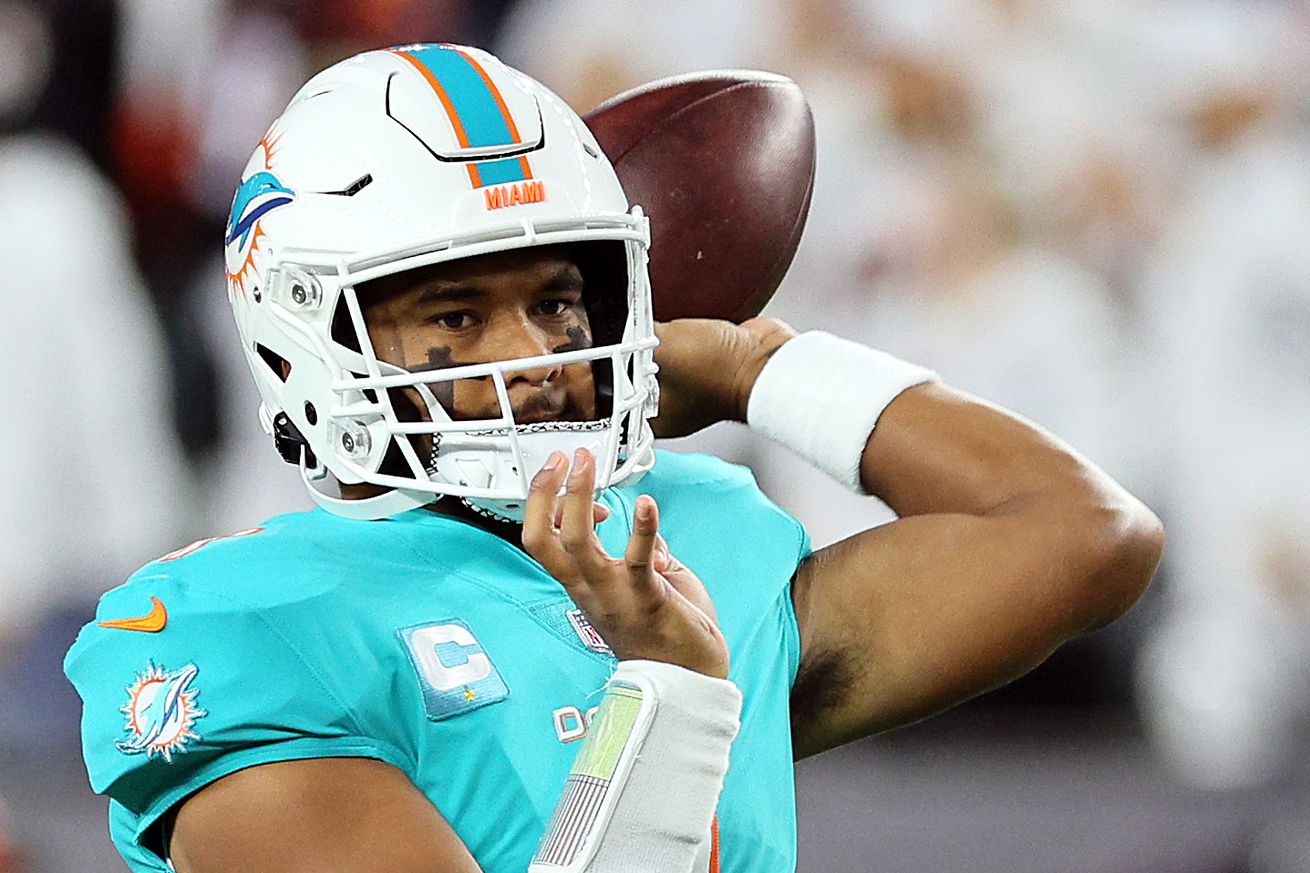 The Dolphins QB suffered the injury during Thursday night’s game.

Miami Dolphins QB Tua Tagovailoa was carted off the field during their Thursday night game with the Cincinnati Bengals with what the Dolphins called a head injury.

The injury occurred in the second quarter. Tagovailoa dropped to pass, but was soon sacked by defensive lineman Josh Tupou. In the process of the sack, Tagovailoa was thrown to the ground and looked to initially not be moving. The Dolphins then announced on Twitter that Tagovailoa was taken to a local Cincinnati hospital, and that he is conscious and has movement in all his extremities.

Tua Tagovailoa has been taken to a local hospital for further evaluation. He is conscious and has movement in all his extremities.

After the game, it was reported that Tua would be discharged from the hospital and travel home with the team:

Per @KayleeHartung, #Dolphins QB Tua Tagovailoa will be released from the hospital tonight and travel home with the team.

This comes after Tagovailoa was taken off the field in their victory over the Buffalo Bills last Sunday with what the Dolphins called a back injury. Tagovailoa would come back into the game in the second half, despite what was initially thought of as a head injury. Tagovailoa was listed as questionable throughout the week with back and ankle injuries.

The NFLPA requested an investigation into how Tagovailoa’s concussion protocol was handled last Sunday against the Bills. According to Mark Maske of the Washington Post, the investigation is not complete:

NFL’s Jeff Miller says the league has “every indication” that the concussion protocols were followed properly Sunday with Tua Tagovailoa but the formal review requested by the NFLPA, which takes 1-2 weeks, is not completed yet.