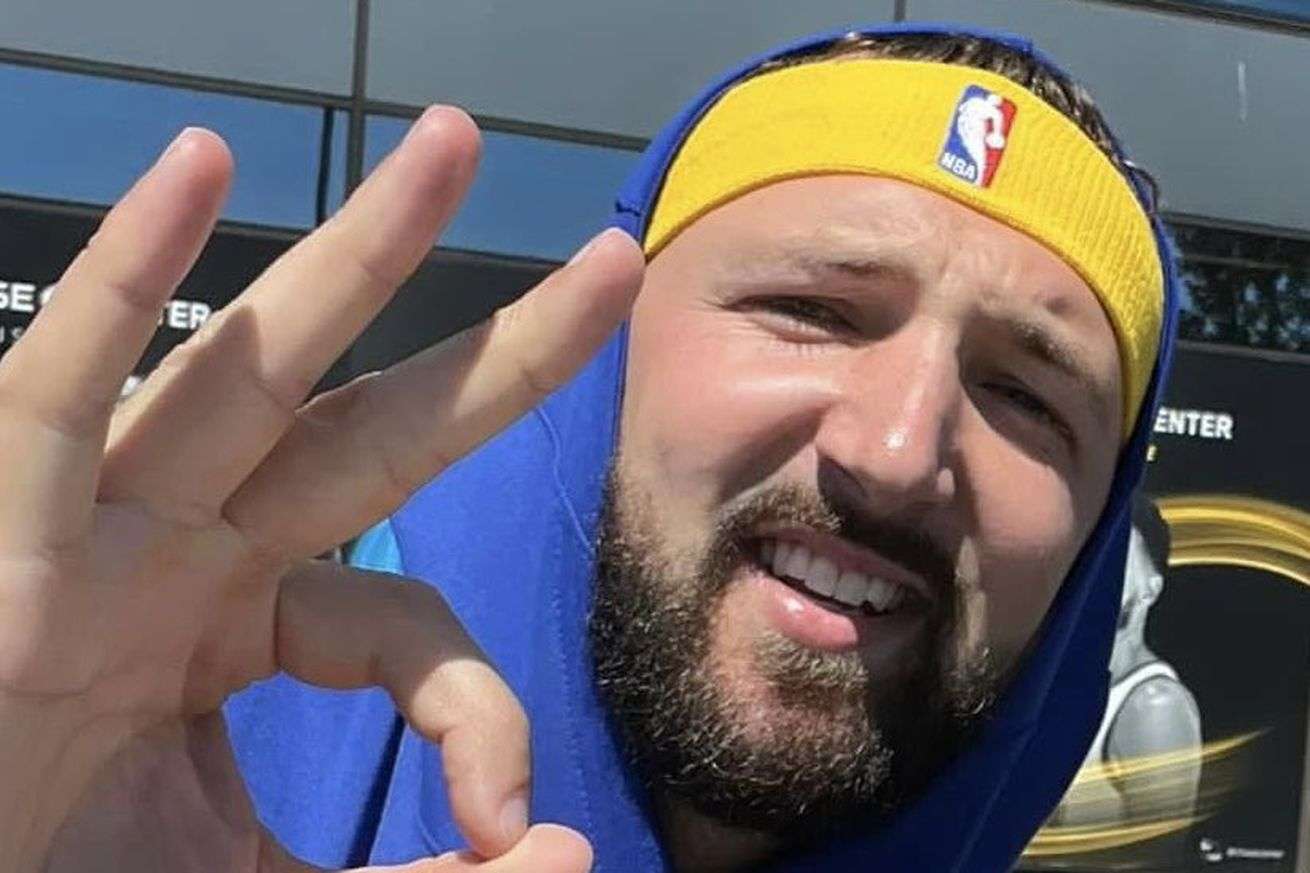 Fake Klay Thompson says he shot on NBA Finals court for 10 minutes before being banned.

“Fake Klay Thompson” is at least as synonymous with the Golden State Warriors dynasty as, like, Festus Ezeli, Patrick McCaw, and Nick Young. A YouTube prankster named Dawson Gurley has been dressing like Thompson courtside at Warriors games throughout Golden State’s run to six NBA Finals appearances in the last eight years. SB Nation has been chronicling his exploits since 2017.

With the Warriors back in the 2022 NBA Finals facing the Boston Celtics, Fake Klay Thompson made his return to action after a couple years away, just like the man he’s impersonating. This time, the Warriors decided they had enough after Gurley claims to have “shot around the court for 10 minutes” ahead of the Warriors’ huge Game 5 win over Boston.

Gurley has now received a lifetime ban from the Chase Center and the team’s G League Arena in Santa Cruz, according to SF Gate. You will not be seeing Fake Klay again, at least unless he takes his show on the road.

Gurley tweeted that he bypassed multiple security members at the arena ahead of Game 5 to get onto the court. He said he was eventually busted and kicked out of the arena, and the team wouldn’t refund the $10K he says he spent on tickets.

Banned bc I walked pass 5 layers of security guards (who willingly let me through security without asking for ID) & shot around on the court for 10 minutes. I also spent 10K on tickets which they are not refunding. Why should I be banned because their security is incompetent?

Gurley says he received this letter from the Warriors confirmed his ban.

Here’s the official letter of my ban. pic.twitter.com/Ii9VTdWI0h

SF Gate got the Warriors to confirm Gurley did in fact receive a lifetime ban, so this isn’t just one of his elaborate pranks.

There were pictures of Fake Klay hanging around the stadium ahead of Game 5. According to Gurley, he never actually claimed to be Thompson at the arena. He says he talked to security and walked through metal detectors before making his way into authorized parts of the arena.

Fake Klay has gotten himself on TV so many times before by sitting courtside at big games. Here’s one from 2017:

@cjzero Klay looks like he had a rough offseason pic.twitter.com/qa5ou43RZt

Here’s a YouTube video Gurley released several years ago on what it’s like to be Fake Klay:

The Warriors have the opportunity to clinch the championship in Game 6 in Boston. If the series comes back to San Francisco for a Game 7, Fake Klay won’t be there. That’s okay, because the real Klay is entertaining enough on his own.

Evaluating Wilson and the Broncos after minicamp

Fight Night at the Joe: Remembering the legendary Avalanche-Red Wings brawl of 1997

Serena out of Eastbourne after partner injured