The top 7 national parks and scenic areas in Taiwan 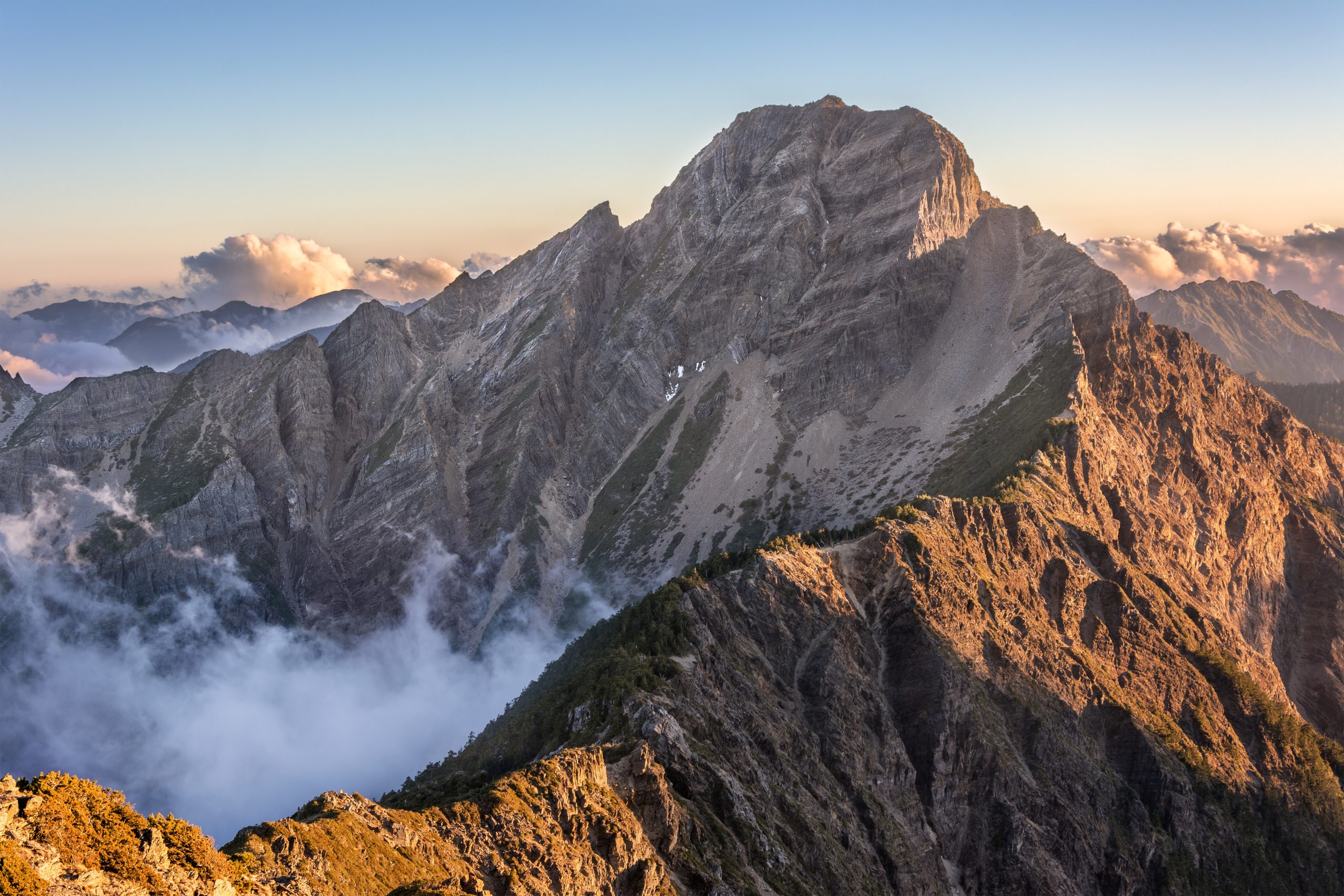 When Portuguese sailors happened upon Taiwan in 1542, they called it Ilha Formosa, meaning “beautiful island”. Gargantuan, dramatic mountains covered in dense jungle foliage make up around two-thirds of Taiwan’s topography, with about ten percent of the total land area protected by the government.

Taiwan has nine official national parks – the establishment of them began in the 1980s – and another dozen or so “national scenic areas”. Between them they offer endless opportunities to get back to nature, whether that’s trekking along the precipitous ridgelines of mountains, cycling remote coastal highways, or river tracing from one scenic waterfall to the next.

Here is our pick of seven national parks and scenic areas in Taiwan guaranteed to take your breath away.

Taking up a large swathe of Taiwan’s Central Mountain Range, Yushan – literally “Jade Peak” – is named for Taiwan’s highest mountain, taller even than Japan’s Mount Fuji. It’s one of more than 30 peaks in the park over 3000 meters (9842ft) in elevation, which you can access via a huge variety of trails at every altitude, and for most of them, you won’t need a guide.

The best time of year to hike in the park is during spring and early autumn; May is the month for butterfly spotting. Tatajia is the jumping-off point for a variety of forested day hikes that suit all abilities, as well as the non-technical, two-day ascent of Jade Peak, overnighting at Paiyun Lodge on route to the summit (be sure to organize the necessary permits well in advance). For a multi-day back-country adventure, check out the 96km (59-mile) Japanese Occupation Batongguan Traversing Route, a colonial-era trail restored in the 1980s.

You can choose your own adventure in Shei-pa, where the trails run from simple bird-watching nature walks out of the Wuling Farm entrance to treks focused around dramatic scenery like the Guanwu Waterfall Trail. There are also a variety of backpacking trails through the park that typically take 3-4 days to complete, as well as mountaineering routes that take in towering Xueshan (Snow Peak), the second-highest in Taiwan. Shei-pa’s mountains are the source of some of the island’s most powerful river systems, which carve the rough topography into a multitude of ecosystems. That diversity means there are also a lot of animal and plant species to see, from salmon and black bears to Swinhoe’s Blue Pheasant and barking deer.

Like Yushan and other Taiwanese national parks, you’ll need to apply to the permit lottery for entry, whether you are day-hiking or planning a longer excursion.

Best for sun, sea and surf

Taking up the entire southern tip of Taiwan, Kenting is a coastal playground that lends itself to everything from diving and windsurfing to a growing surfing scene.

Taiwan’s oldest national park, it’s where low mountains collide with dramatic coral cliffs, limestone caves, yellow-sand beaches and turquoise waters. If the scenery looks familiar, it’s because Kenting has been featured in films like Ang Lee’s Life of Pi. Divers will find their nirvana on the outer islands, while twitchers can train their zoom lenses on 310 species of birds that inhabit the park. Don’t miss the Eluanbi Lighthouse, Kenting’s best-known landmark – it’s been part of the shoreline since the 1880s.

Best for a gorgeous gorge

Despite Taroko National Park covering 1200 sq km (463 sq miles) of stunning nature, most visitors stick to just one 18km (11-mile) long section – the park’s famously stunning gorge, with soaring canyon walls rising out of the blue-green Liwu River. One of Asia’s scenic wonders, it can be admired by tackling a range of hiking trails and cycle routes, including hair-raising ledge walks like the Zhuilu Old Trail, which cut into the high mountainsides. Delve deeper into the wider park, though, and you’ll discover myriad opportunities for guided river tracing, canyoning and road cycling over high-altitude passes that offer truly world-class vistas.

Best for hot springs and volcanoes

Right on Taipei’s doorstep, the easy-to-reach national park of Yangmingshan is a geological haven home to hiking trails, bubbling hot springs, some challenging cycle routes and several dormant volcanoes, including Seven Star Peak, Taiwan’s highest and a hugely popular hike. Some of the best soaking spots are at Beitou, just on the edge of Yangmingshan National Park, where you’ll find tropical foliage and steaming rivers. Keep an eye out for pockets of heritage from when Taiwan was ruled by Imperial Japan – Grass Mountain Chateau, built in 1920 and visited by Japanese Crown Prince Hirohito, became Chiang Kai-shek’s first residence in 1949. It’s now a museum with a well-regarded restaurant attached.

Though it’s not a national park, a long sweep of the unspoiled east coast is designated a national scenic area, and with its epic coastal roads and dramatic mountains, it’s easy to see why. Among the ecotourism attractions here are Zhaori Hot Springs, where circular dip pools close to the waves bubble with salt water, and the backdrop is a ruggedly forbidding coastline of dark sea stacks and green cliffs. You can also go whale watching – there are 31 species of whales and dolphins that visit the Taiwanese coast. The East Coast also presents opportunities to learn about Taiwan’s indigenous peoples, including the Ami, Kavalan and Sakiazya. Outdoor enthusiasts will appreciate the surfing, rafting, snorkeling, and scuba diving, too – the breaks on the east coast are reliably great for catching waves.

Tourists have been admiring the cherry blossoms and sunsets at this mountain resort area since the early days of the Japanese period, making Alishan the most developed destination on this list. But don’t worry – the retro hotels and coachloads of day-trippers don’t make the forests of red cypresses and yellow cedars any less beautiful, nor the vistas of mountain peaks rising like islands above a sea of cloud. There are many easy and accessible hikes in the area, too, as well as a more adventurous trek following the route of a now-defunct, moss-covered logging railway that crosses teetering wooden bridges and through pitch-black tunnels (permit required).

How to prepare for outdoor adventures in Taiwan

The bizarre items that Britons take on holiday, including kettles, oven trays and TOASTERS