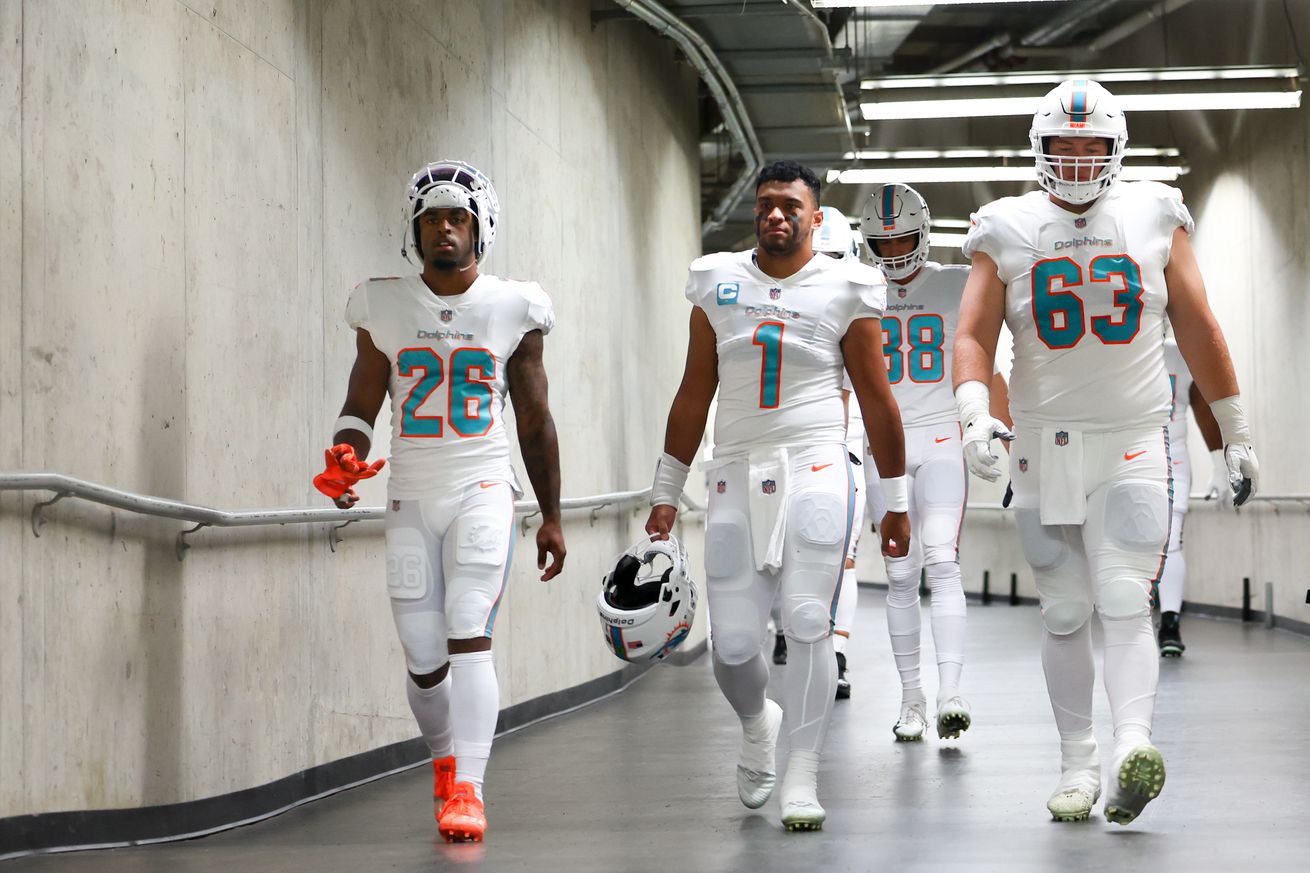 The Miami Dolphins will be taking on the Chicago Bears today in hopes to continue their win streak. The Dolphins made a couple of trades during the week to greatly improve their team. All eyes will be on Bradley Chubb as he makes his debut with the Dolphins on defense, but Mike McDaniel would not clarify on how much we will see the star pass rusher play. Jeff Wilson has it easier as he may already know some concepts with the offense due to his time with the San Francisco 49ers and familiarity with McDaniel.

Miami Dolphins News 11/5/22: Previewing Dolphins/Bears Week 9 Matchup – The Phinsider
Welcome to the Splash Zone, the quickest way to get your day started off right. We bring you a rundown of Miami Dolphins news from the last 24 hours.

Austin Jackson returns to practice for the first time since suffering an injury in Week 1 against the New England Patriots – The Phinsider
Jackson his missed the last seven games.

Dolphins vs. Bears rivalry history in Week 9: A Monday Night Football classic and a lost Super Bowl matchup – The Phinsider
The Miami Dolphins and Chicago Bears have only met 13 times, but they will be forever linked by one game – and one game they did not play.

How Good Will Bradley Chubb be for the Miami Dolphins? – The Phinsider
The Dolphins gave up a lot, so what are they getting in return?