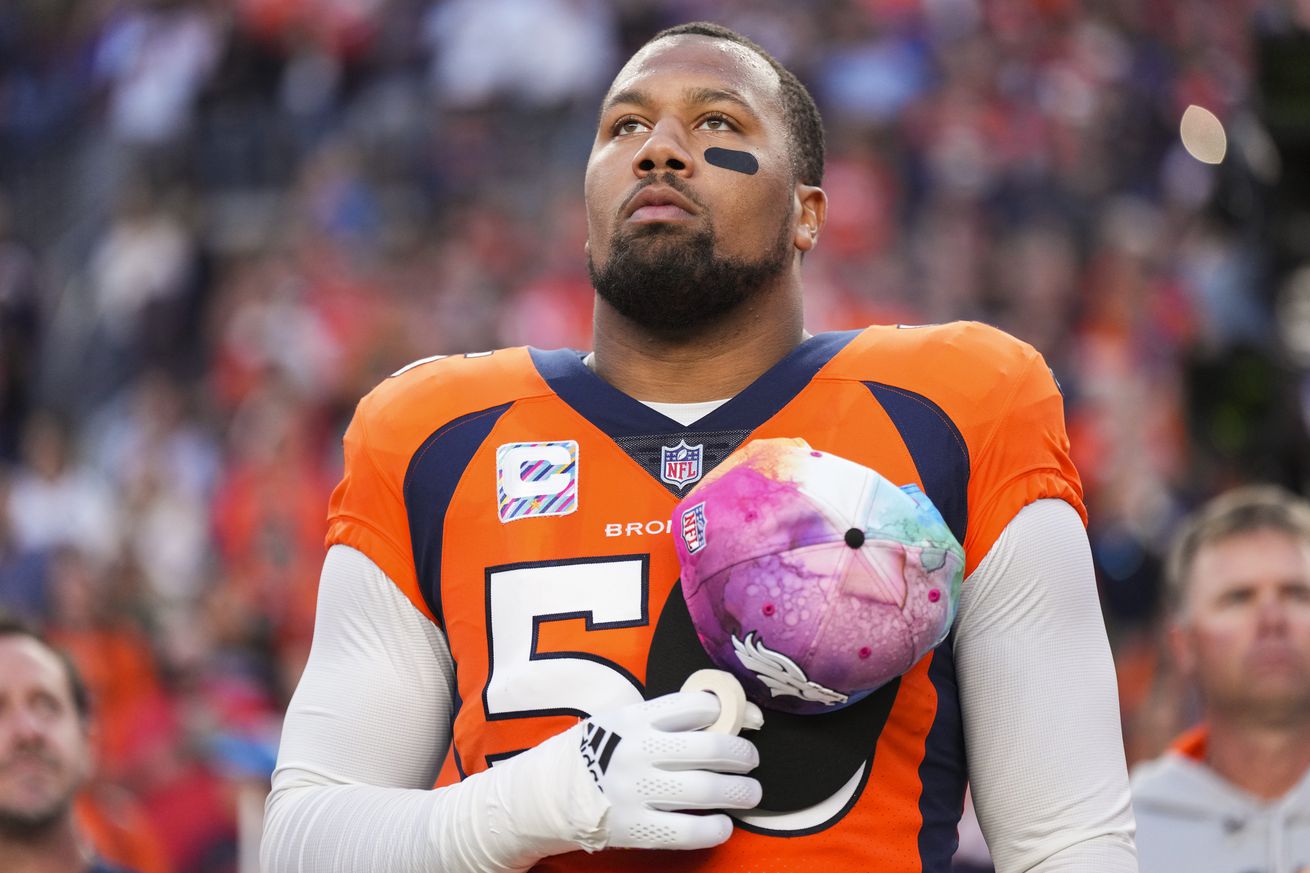 The Miami Dolphins acquired Bradley Chubb on Tuesday when they traded with the Denver Broncos. Just like when the team traded for Tyreek Hill, the Dolphins gave their newest addition a contract extension. It is a five-year extension for the star pass rusher and he should be with the Dolphins for a long time. Mike McDaniel said during his presser on Wednesday that Chubb and Jeff Wilson would play this Sunday against the Chicago Bears.

Sources – Dolphins, LB Bradley Chubb agree to $110M extension
The Miami Dolphins and newly acquired outside linebacker Bradley Chubb have reached an agreement on a five-year, $110 million extension, and incentives can boost it to $111.25 million, sources told ESPN’s Adam Schefter.

Tua Tagovailoa affirms Dolphins’ high hopes: ‘We’re not afraid to talk about Super Bowls here’
A day after the Dolphins reinforced their high aspirations with trades for pass rusher ﻿Bradley Chubb﻿ and running back ﻿Jeff Wilson﻿, quarterback Tua Tagovailoa made it known that nobody’s shying away from the highest of goals.

‘It felt like a reunion’: New Dolphins RB Jeff Wilson Jr. on rejoining McDaniel, Mostert
Four years ago, Dolphins head coach Mike McDaniel, then an assistant with the San Francisco 49ers, flew down to the University of North Texas on an off day for a predraft workout with running back Jeff Wilson Jr.

Go ahead and celebrate Dolphins trading for Bradley Chubb (but don’t ignore risks) | Habib
The Dolphins needed help rushing the passer and got Bradley Chubb for a first-round pick. He could solve the problem, but he must stay on the field.

Dolphins’ Terron Armstead returns to practice, Austin Jackson remains sidelined
A handful of Dolphins veterans were back at practice Thursday.

Miami Dolphins News 11/3/22: Tua Tagovailoa has arrived – The Phinsider
Welcome to the Splash Zone, the quickest way to get your day started off right. We bring you a rundown of Miami Dolphins news from the last 24 hours.

Running back Jeff Wilson Jr. asked to be traded from the San Francisco 49ers before joining the Miami Dolphins – The Phinsider
Wilson is reuniting with running back Raheem Mostert.

Xavien Howard, five others were removed from Miami’s injury report on Thursday – The Phinsider
Terron Armstead returned to practice after not participating on Wednesday.