The best beaches near Belfast, from shingle coves to North Atlantic surf 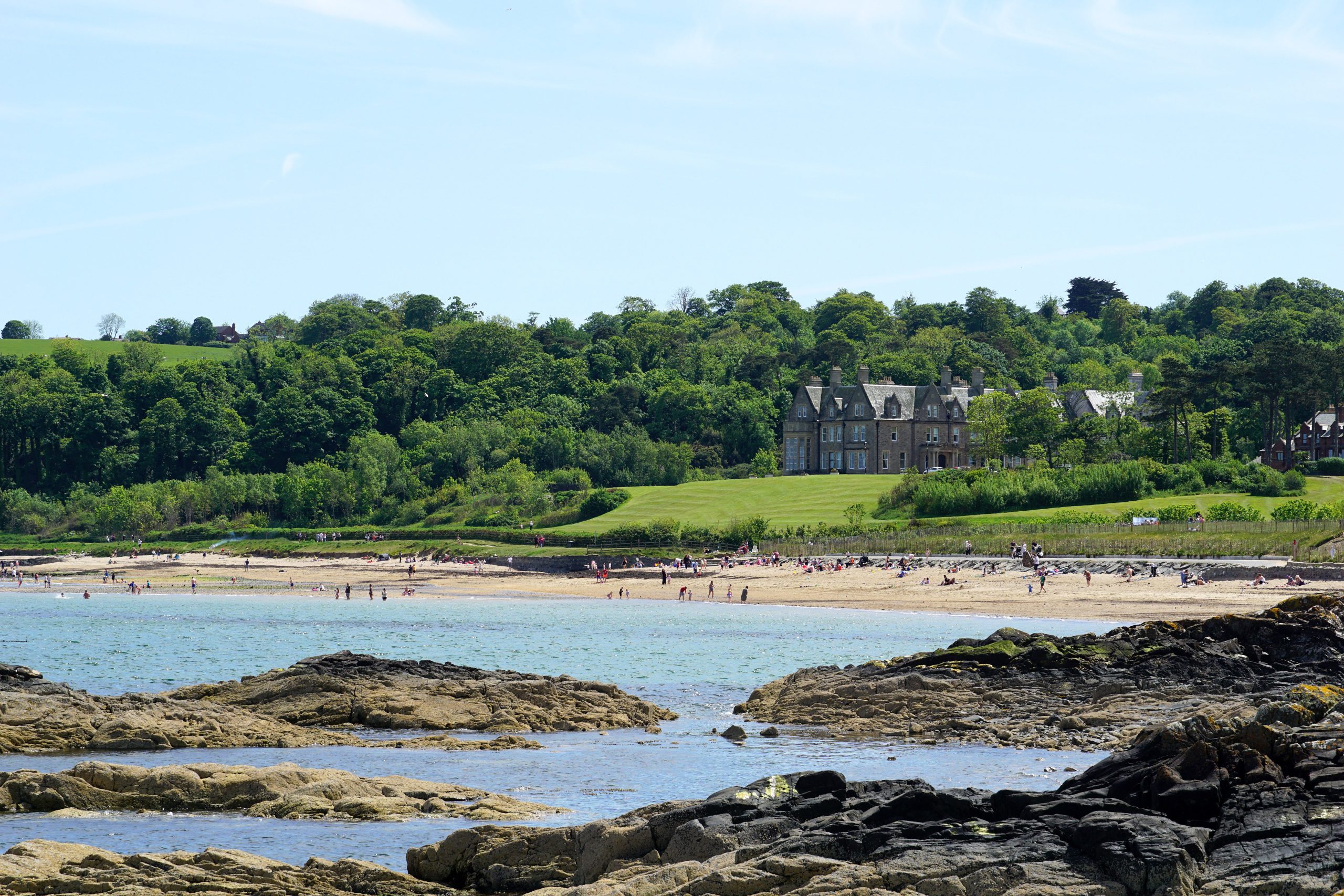 From shingle shores framed by craggy, windswept promontories to fetching coves buffeted by North Atlantic surf, you’ll find some of the finest beaches on the Irish mainland near Belfast. Given the northerly latitude of Northern Ireland, however, don’t expect to be baking on sun-soaked golden sands and quenching your thirst with ice-cold cocktails.

Rather, it’s the immense scenery, intriguing towns, nature reserves and coastal walks that lure most travelers to the seaside. Using Belfast as your base, here are 7 great beaches within driving distance of the Northern Irish capital.

Get local insight on destinations all over the world with our weekly newsletter delivered to your inbox.

Just 20 minutes east of Belfast by car and pinned to the shores of Belfast Lough, Helen’s Bay has one of the most popular beaches in the greater Belfast area, fringed by wildflower-topped meadows, tree-choked headlands and the lordly estates of Crawfordsburn Country Park. Dog walkers and picnickers tucking into cones from the local ice cream van account for the bulk of the footfall here, although the gently shelving beach accommodates braver bathers on warmer (and sometimes chillier) afternoons.

Start the day at Grey Point Fort, an early 20th-century armed defense system used during WWI and WWII – look out for the distended loading gun taking aim over the Irish Sea. From here, a scenic coastal walk continues for over 2 miles, funneling visitors toward Crawfordsburn Beach before swinging inland to the country park. The squawk of hunting seagulls is a constant here, with wagtails, shags, herons, dippers and guillemots also in attendance. Keep an eye out for seals and porpoises cresting the waves.

Just under an hour south of Belfast by car, and enclosed within Downpatrick’s Dundrum Bay, Tyrella is an award-winner, bagging a prestigious Blue Flag accolade every year since 2011. Sunrises and sunsets silhouette the nearby Mourne Mountains, while the mile-long sandy expanse invites brisk morning walks or rejuvenating dips when the tide rolls in.

Around an hour from Belfast by car, the Mourne Mountains – Northern Ireland’s tallest range – stand sentinel over the shores of Murlough Beach. Go for a walk or jog along the club-shaped peninsula and its blustery coastline, then finish off with a boost of caffeine in the Imbibe garden coffee shop at Murlough House.

The beach connects to the National Trust-protected Murlough Bay Nature Reserve, famed for its indigenous wildflowers in spring, the orchestral calls of its warblers and cuckoos, multitudinous species of butterfly fluttering amongst the vegetation, and a 6000-year-old dune system which subsequently became the filming location for Slaver’s Bay in Game of Thrones.

It’s also a great spot to bring the kids, with a downloadable Habitat Trail leaflet that transforms the reserve into a nature-hunting quest.

A little over an hour north of Belfast by car, White Park Bay in Ballintoy is a common school trip destination for local geology students. A sandy cove bridging two headlands on the Antrim Coast, its secluded locale is perfect for a relaxing stroll, eschewing the crowds trudging along the beaches of nearby Portrush.

Look out for the arched Elephant Rock, which local folklore records as a woolly mammoth consumed by a volcanic eruption, as well as actual fossils – including belemnites, ammonites and gryphaea shells – encrusted within the limestone cliff faces. The beach is a stop on the Causeway Coastal Route leading to the Unesco-recognized Giant’s Causeway, celebrated as Lonely Planet’s top region in the world to visit in 2018.

As the name implies, Whiterocks – just over an hour north of Belfast – is abutted by gleaming limestone cliff faces, with Dunluce Castle, a crumbling medieval ruin surmounting a basalt outcrop, overlooking the beach’s eastern fringe. It’s popular with Portrush locals and weekend revelers from Belfast, who stroll like ants in file along its 3-mile shoreline.

Bathers descend on the beach on New Year’s Day – some as an auspicious ritual for the year ahead, others in an attempt to eradicate a hangover – while surfers, body boarders and kayakers brave the waves daily. For the best views, head up to the newly constructed cliff path, and end the journey in Portrush, where a swathe of trendy renovation projects have rejuvenated the once-sleepy seaside town.

On the opposing side of Ramore Head, the peninsula on which Portrush was built, you’ll find the West Strand – a curving, Blue Flag-awarded beach buffeted by aggressive Atlantic waves. It’s a hotspot for Northern Ireland’s surfers so you can hit the local surf shops for board and wetsuit rentals.

The beach is equally frequented by dog walkers, cyclists and joggers, who take to both the sands and the elevated promenade. Then, when lifeguards are in attendance from late June through September, West Strand becomes a hub for families and bathers.

Whilst you’re here, check out the high-quality eateries and cozy pubs in Portrush: head to Babushka Kitchen Cafe for an Ulster Fry, dine on slabs of steak at the lively Ramore Wine Bar, or sip Guinness at the venerable Harbour Bar.

A small inlet on the tip of Islandmagee, about 45 minutes northeast of Belfast, horseshoe-shaped Browns Bay is a poster boy for rural Ireland. Covered in white sand and bookended by Skenaghan and Barrs Points, it’s dotted with rough-hewn boulders lying at the feet of pastoral farmlands.

This is one of the most remote beaches in the country, and weekday walkers often find they have the north-facing views of the Antrim Coast’s jutting headlands all to themselves. And if you’re here at the weekend, you can pair your walk with tea and a scone at the mobile cafe, Stable Stop Browns Bay.