The 6 best museums in Indianapolis, from history and art to dinosaurs 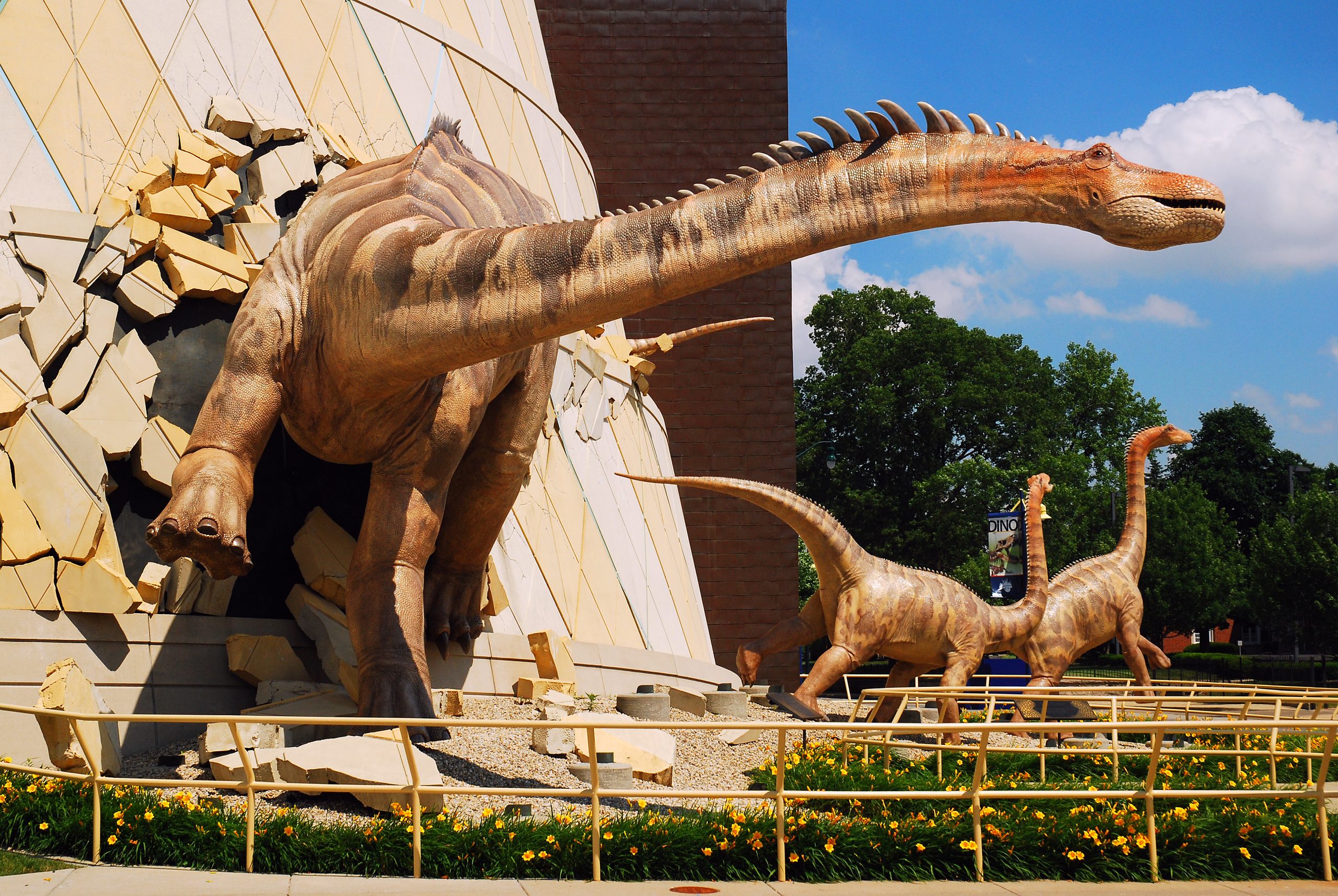 From the late Victorian era to the middle of the 20th century, Indiana was a powerhouse of manufacturing and agriculture, but civic-minded Hoosiers were determined to make their capital city of Indianapolis more than a crossroads in a cornfield.  The museums they founded were so substantial and innovative that they continue to stand out to this day.

Center a visit to Indianapolis’ museums around the Soldiers and Sailors Monument, located in Monument Circle, a circular park that anchors downtown Indy. Its limestone spire is 284.5ft high, nearly as tall as the Statue of Liberty. A short drive north of downtown Indy is its crown jewels: the Children’s Museum and Newfields, the campus comprising the Indianapolis Museum of Art and the adjacent gardens.

Get the inside scoop on the latest cultural happenings all over the world delivered weekly to your inbox with our email newsletter.

You know you’re at a museum that doesn’t take itself too seriously when you spot a huge dinosaur poking its head through the museum’s glass wall. One of the oldest and largest children’s museums in the world, the Children’s Museum of Indianapolis offers several floors of hands-on learning for kids ages 2 and up. Most exhibits provide learning experiences for all skill levels, so everyone in the family can find something to poke, pull or learn. A miniature village lets preschoolers explore buildings scaled just for them, while school-aged kids can geek out on exhibits about trains, Greece and history. The appeal of the full-scale carousel knows no age limits.

The museum refreshed and expanded its Dinosphere exhibit in March 2022, and visitors walk back in time to feel the earth shake beneath dinosaurs’ feet and hear them screech overhead. Kids can crawl through a secret tunnel and pop up in the middle of one exhibit’s foliage for a 360-degree look from a baby dino’s point of view. Be sure to visit the second-floor dinosaur art gallery, where you can feed your art into an animation projector and see your dinos prance across the wall. The museum’s staff paleontologists host demos and field kids’ questions in their lab.

Outside, the 7-acre sports park invites visitors to try golf, basketball, baseball and other popular sports under the watchful eye of statues of major Hoosier sports legends. Nobody ages out of the children’s museum – kids at heart should check its website for adults-only evening events.

President Abraham Lincoln famously arrived in southern Indiana as a 7-year-old child and left as a 21-year-old man, but he’s not the only celebrity Hoosier. Special exhibits at the Indiana Historical Society feature people who defy the stereotype of this agriculture-centric state, such as Jewish merchants who built ornate department stores in the Gilded Age, musicians and masters of craft and art.

See a digitally animated piano replicate the touch of Indiana-born musician Cole Porter, who conjured jazz as the original American musical genre. The Society’s History Lab gives visitors a rare glimpse of the brushes, chemicals and techniques that curators use to preserve and showcase irreplaceable artifacts.

Best museum for lovers of gardens and traditional Western art

The Indianapolis Museum of Art is the centerpiece set in a tiara of gardens and smaller historic outbuildings. The museum’s main gallery showcases paintings and sculptures that span the classic European masters of the 17th century to Ghanian sculptures. The collection is especially deep in 19th- to mid-20th-century American art, with works by masters like Albert Bierstadt, Edward Hopper and Claes Oldenburg.

The gardens closest to the museum are formal and well-manicured before spilling out to a natural area. The grounds include several restored small historic buildings, enabling visitors to craft an itinerary that integrates visual art, architecture and nature.

The Eiteljorg Museum has converted its original collection of conqueror-centric art into a platform that tells the story of the American West from the perspectives of Native Americans, settlers, artists, naturalists, early environmentalists and industrialists. Its collections still include the frozen fury of leaping horse sculptures and wandering cowboys captured by Frederic Remington and Charles Russell, but the pieces are now presented on equal footing with works by Native American artists. Curators have expanded the vision to include special exhibits, such as the West as interpreted by Andy Warhol. The museum hosts a summer-long Indian Market and Festival, which complements its extensive collections of indigenous textiles, pottery and sculpture.

In 1802, 25-year-old William Conner married Mekinges, a Native American woman from the Delaware tribe, and started building connections and a claim to a generous spread of rich land. His house is the centerpiece of this museum, which packs the full gamut of living history into its exhibits, nearly all outdoors.

Its variety of historical interpretation and integrated activities place Conner Prairie among the country’s best living history museums. The Lenape camp invites kids to explore tents and Native American industry, such as methods for hollowing canoes from tree trunks. Overlooking the meadow a short walk away is the actual house that William built and filled with children from two marriages, one to a Native American woman and one to a white woman.

The adjacent barn shelters sheep, goats and other vegetation-controlling species. Stroll past the wooden fence to Prairietown, where rough-hewn houses and a store, schoolhouse, forge and woodshop are occupied by resident reenactor settlers from the 1850s.

Conner Prairie is a half-hour’s drive north from Monument Circle in the suburb of Fishers.

Setting the standard for Midwest state museums, the lively Indiana State Museum brings energy and focus to the state’s natural and human history visitors can see at its state parks. Stand next to a real mammoth skeleton, hold replicas of prairie pioneer groundbreaking hoes and put your shoulder to a two-person saw, all to feel what it was like to live in various Indiana habitats through the centuries.

Visitors can see an actual mallet hoisted by Lincoln and match fossils with artists’ depictions of the ancient animals. The museum oversees 11 additional historical sites around the state and links them in timelines so you can put your road trip stops in context.