The 14 best ways to get to know Melbourne 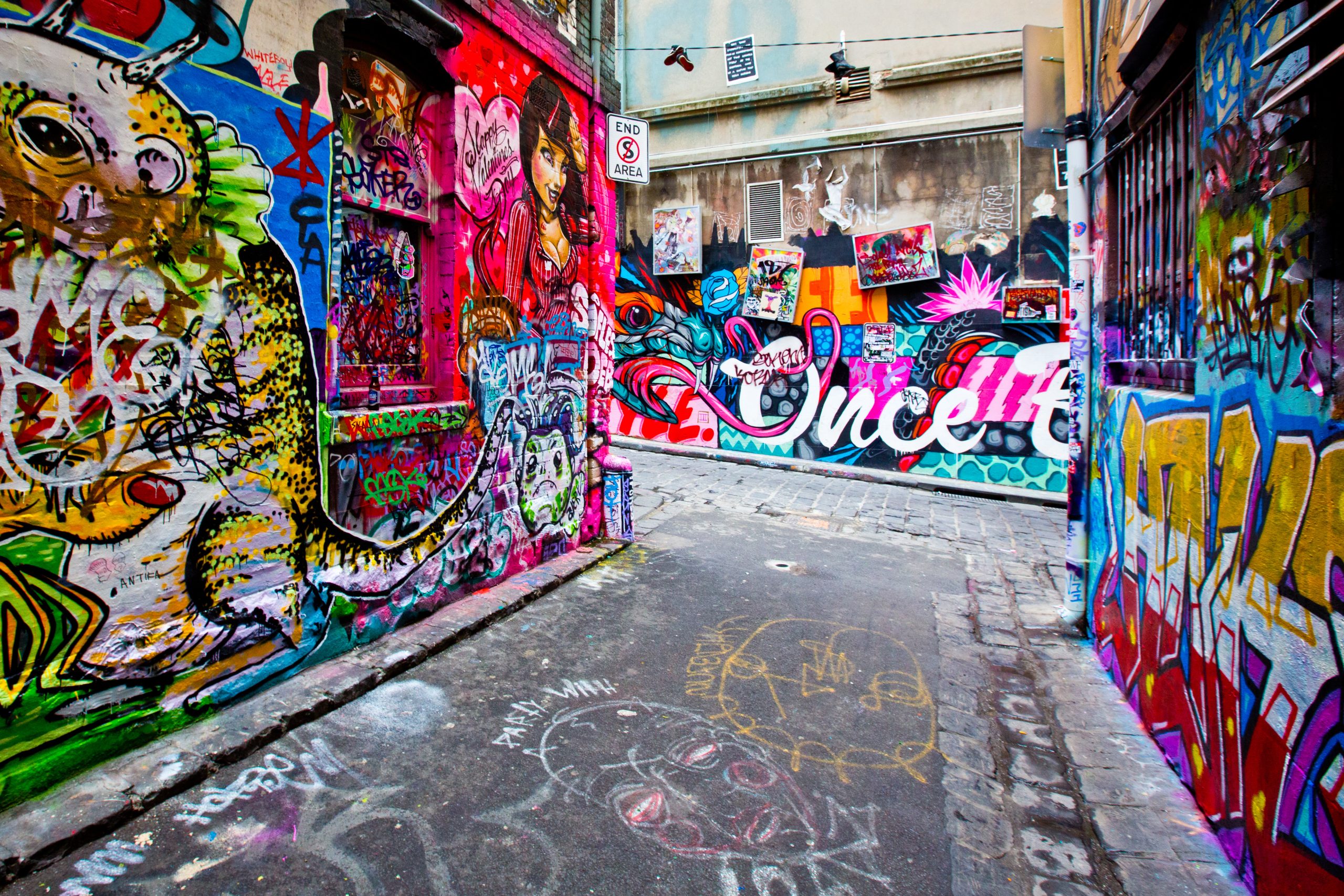 You’ll need more than a couple of days to get to know Melbourne. With steel-and-glass high-rise buildings and historic architecture, complemented by a richly multicultural population, this is a city with many layers and histories to uncover.

Begin your explorations at Federation Square – the nexus of many of the city’s main sights – to orientate yourself before ticking off these quintessential Melbourne experiences. From high culture to local life, we have your Melbourne visit covered.

Get local insight on destinations all over the world with our weekly newsletter delivered to your inbox.

Decide the “best coffee” in Melbourne is at….

It may have been Italian immigrants who first brought a passion for quality coffee to these shores, but now the tide has turned, and Aussies (and Kiwis) are leaders in the dark arts of the espresso machine. Declaring it may risk an international incident, but Melbourne is the coffee capital of the Antipodes and – perhaps – the world.

You can get a first-rate cup anywhere in Melbourne these days, but stalwarts of the city’s coffee scene can be found everywhere from Seven Seeds in North Melbourne, to Proud Mary in Collingwood, Market Lane Coffee in Prahran, Wide Open Road in Brunswick, St Ali in South Melbourne, Monk Bhodi Dharma in St Kilda, Patricia in the city… Actually, did we say almost anywhere in Melbourne? We meant it.

Nothing screams Melbourne quite as loudly as a graffiti-covered lane or a city building bedecked in a huge public mural. The most famous (and most photographed) laneway of them all is Hosier Lane, with little Rutledge Lane jutting off it like a separate wing of the same gallery.

There are plenty of other such street art stretches to discover around the city center and beyond. Juxtaposed with the rough beauty of these lanes, dainty Victorian arcades tempt shoppers into their rarified confines.

The state gallery’s extraordinary collection is too big to fit into its magnificent modernist home in Southbank and has had to be split into two. NGV Australia occupies the Ian Potter Centre in Federation Square, bringing significant local art right into the city’s civic heart. The Aboriginal collection is a must-see. In the main Southbank building, NGV International displays treasures from a who’s who of art history, past and present, stretching back into antiquity and to all parts of the globe. Aside from special exhibitions, both galleries are free.

Learn about Aboriginal bush medicine at the Royal Botanic Gardens

Stretching for 38 glorious hectares on the south bank of the Yarra River, the Royal Botanic Gardens are one of the best examples of Victorian-era garden landscaping in the world. Alongside wonderful displays of Australian native flora are mature exotic trees and themed gardens devoted to roses, succulents, herbs and ferns. If time allows, definitely book on the Aboriginal Heritage tour to learn about Indigenous plants but also gain some insight into how Melbourne became a city so blessed with parks and gardens. During the day, picnickers sprawl on the extensive lawns while kids flock to the children’s garden. On summer nights people return to watch moonlight cinema or theatre under the stars.

Relax for an afternoon at Abbotsford Convent and gardens

No nuns remain – singing, flying or otherwise – at this 19th-century convent, but there are plenty of arty types to be found lurking amid the historic buildings, which have been converted into studios, galleries, cafes, a bakery, a bar, and a vegetarian restaurant where patrons pay by donation. Melburnians come for the regular markets and to stroll the riverside grounds. The neighbouring Collingwood Children’s Farm brings junior city-slicker kids face-to-face with all manner of farm animals from guinea-pigs to goats and cows. If you’re travelling with children this is an excellent diversion if you need an afternoon unwinding in a relaxed green space.

The beach is nothing to write home about, but the seaside suburb of St Kilda has a roguish charm, symbolised perhaps by the slightly menacing but strangely mesmerising creepy clown face forming the entrance to Luna Park. You’ll dodge rollerbladers and cyclists as you stroll along St Kilda Foreshore but the vibe continues on sunny days with busy outdoor cafes and beer gardens along the sea front. Grab a coffee and a photo at the end of St Kilda Pier, which offers a wonderful panoramic view of the Melbourne skyline. Better still, you might even catch a glimpse of one of St Kilda’s most charming residents, the little penguins that nest between the rocks of the breakwater.

For travelers with children, there are chickens to see, a small playground, and occasional kids-focussed workshops. CERES is located next to Merri Creek, where the green space continues. Stroll north or south through bushland which has been replanted over the last few decades with Australian natives, but look out for cyclists!

Melbourne is known for its exceptional hospitality scene, shaped by immigrants from all over the world and enthusiastically embraced by a discerning populace. While there are memorable cheap eats to be had in suburbs far and wide, Melbourne is also home to a handful of top-end restaurants that scoop awards on the global dining scene. Top of the bunch is Attica in Ripponlea, currently ranked among the world’s top 50 restaurants in the prestigious San Pellegrino list.

Melbourne’s working docklands with their stacks of containers and giant bleeping cranes divide the city’s central business district from the eclectic western suburbs. A 12-minute train to Footscray, Seddon or Yarraville, or a 30-minute off-road cycle will get you over to this secret pocket of urban life. This once solidly working-class area has slowly gentrified over the last decade, but still has a strong migrant population bringing all the globe to the table from Italian to Vietnamese to Ethiopian restaurants.

Scienceworks (an interactive science museum) and pretty Williamstown Beach are both great detours for families; while travellers without kids will love the bohemian bars, independent shops and outdoors cafes across “the west”, where you can soak up a distinctly off-the-tourist-map vibe here.

Catch a cult classic at the art deco Astor cinema

One of Melbourne’s best-loved landmarks screens double features as well as a mix of new releases, art-house and classics (David Lynch, Jane Campion, Orson Welles) and cult films (Tron, Goodfellas, Rocky Horror to name a few examples). The whole Astor cinema experience, from the plush furnishing and art deco fixtures to the grand foyer staircase, transports you to a bygone era of enigmatic screen stars and cinema nights as a special event.

Victoria’s cultural, social and natural history are given their due at this highly interesting museum, occupying a striking modern building at the heart of Carlton Gardens. There’s an excellent Indigeous section, a forest in the atrium and the highly venerated remains of Australia’s favourite race horse, New Zealand-born Phar Lap. The museum shares the gardens with the exquisite Royal Exhibition Building, built in 1880 for an international show and repurposed in 1901 as the venue for the sitting of Australia’s first-ever parliament.

Learn about the Anzacs at the Shrine of Remembrance

Taking the form of an ancient Greek temple, this secular shrine is a prominent and fitting civic memorial to those who lost their lives during WWI. It’s the focus for Anzac Day commemorations on 25 April, while on Remembrance Day a shaft of light shining through an opening in the ceiling illuminates the word “love” at precisely the same time as the signing of the armistice (11am on the 11th of the 11th). The views from the top of the monument are outstanding, and there’s a museum beneath.

Watch a game at “The G”, that’s the Melbourne Cricket Ground

It’s not the prettiest or the most architecturally interesting stadium, but the Melbourne Cricket Ground (the MCG, or just “The G”) is sacred ground for many Melburniana, carrying within its bulky frame the treasured hope of Grand Final glory for their beloved local footy team. If you can’t make it to a cricket or an Australian Football League (AFL) game, entertaining guided tours are available, visiting many nooks you wouldn’t otherwise have access to. Cap it off with a visit to the excellent Australian Sports Museum, which lies within.

This historic market sells gourmet produce by the box-load. With over 600 traders, “Vic Market” (as it’s referred to locally) is the largest open-air market in Australia attracting thousands of shoppers a day. Browse fresh produce among the booming cries of fishmongers and fruit-and-veg vendors. The ornate deli hall features everything from soft cheeses and fresh dips, to organic wines, Polish sausage and kangaroo biltong. Pack a picnic and head to nearby Flagstaff Gardens for lunch.