The 10 best food experiences in France 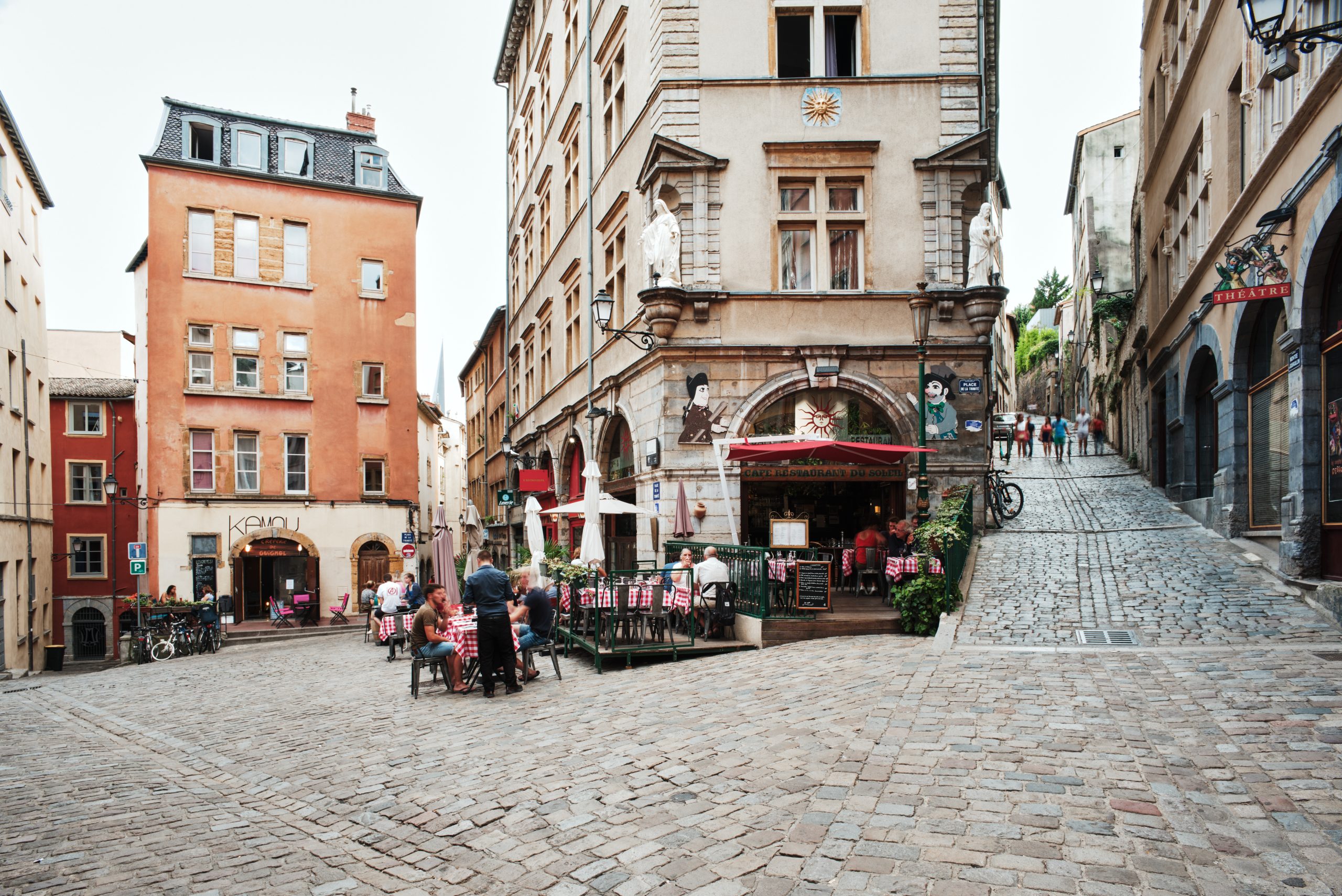 Above all, eating in France is about savoring the experience. Here’s our top 10 of the very best, connecting you to the land, culture and traditions.

Discover the world’s most intriguing experiences with our weekly newsletter delivered straight to your inbox.

Soak up Lyon’s culinary heritage at a bouchon

Lyon is often dubbed France’s “gastronomic capital,” and you’ll see why when you visit a bouchon. These small, convivial bistros sprang up in the early 20th century, when wealthy households’ cooks, known as mères (mothers), set up their own homestyle premises with red-and-white-checked cloths covering closely packed tables.

Unearth “black diamonds” in the Dordogne

In the Dordogne’s woodlands beneath oak and hazelnut trees, trained dogs sniff out elusive black Périgord truffles (Tuber melanosporum) that are traded at speciality markets during the midwinter season (December to mid-February) and star on local restaurant menus.

At the truffe (truffle) village of Sorges-et-Ligueux-en-Périgord, you can learn about the pungent fungi at the eco-museum, Écomusée de la Truffe, and walk in the truffle-producing woods along the Sentier des Truffières. Join a truffle hunt (or out-of-season demonstration) at nearby Domaine Truffier de Saleix, followed by a tasting.

The escargot de Bourgogne (Burgundy snail) frequented Burgundy’s monk-tended vineyards, becoming a staple during Lent. Today you can taste gastropod mollusks at specialty grocers such as Hélice, L’Escargotier Beaunois, in Burgundy’s “wine capital” Beaune and restaurants throughout the region.

Snails are cooked in a bouillon and presented in shells stuffed with parsley, garlic and butter. Grasp the shells with special tongs and pry out the plump snails with a two-prong fork – then mop up the buttery puddle with chewy, freshly baked bread.

In season (generally May to September), you can see snails being raised at farms such as Autun’s L’Escargot Morvandiau, or catch August’s Fête de l’Escargot (snail festival) in Digoin.

Slurp oysters in the Languedoc

Several coastal locales are celebrated for moules (mussels) and huîtres (oysters). A lesser-known gem is the little village of Bouzigues in southwestern France’s Languedoc region. Cruising aboard the Bleu Marin, you can view the shellfish beds in the glinting Étang de Thau before enjoying them at waterside restaurants.

Around the lagoon at the nearby fishing port of Sète, dig into fresh-as-it-gets seafood at covered market Les Halles de Sète.

Warm up with melted cheese in the Alps

Snack on street-food specialities in Nice

Great snacking terrain extends around the boat-filled harbor Port Lympia. For the best piping-hot socca in all of Nice, don’t miss Chez Pipo.

Tuck in at Breton crêperies

Galettes and crêpes are a fixture of Brittany and its engaging former capital Nantes (now part of the Pays de la Loire region), with more than three dozen crêperies alone in Brittany’s present-day capital Rennes.

These large, thin pancakes, expertly spread with a rozell (wooden rake) on a billig (cast-iron griddle), make an inexpensive, filling and informal meal – albeit always served on plates and eaten with a knife and fork, rather than rolled up to go as you might see elsewhere in France.

Begin with a savory galette, made using sarrasin or blé noir (buckwheat flour). The standard bearer is the galette complète with ham, cheese and egg typically miroir (fried and placed sunny-side-up in the center). Follow it up with a sweet crêpe made with froment (wheat flour); the pick of the toppings is caramel beurre salé (sticky caramel made with salted Breton butter). An earthenware bollée (bowl-like goblet) of low-alcohol, lightly effervescent Breton cidre (cider) makes the perfect accompaniment.

The glitzy resort-meets-surfer magnet Biarritz is a fabulous place to enjoy pintxos with a glass of wine. Adjacent to the town’s aromatic covered market, stop in at Bar du Marché or Bar Jean.

Feast on bouillabaisse in Marseille

Once a way for fisherfolk to cook up scraps left over from their catch, today bouillabaisse’s secret is the quality of the fish – four or more different kinds, which are then deboned at your table and presented on a platter. The accompanying tomato-, saffron- and fennel-infused soupe de poisson (broth) comes with croutons, which you top with rouille (garlic-chili mayonnaise thickened with bread) and grated Gruyère cheese.

Avoid tourist-oriented restaurants cutting prices (and corners), and reserve ahead at venerable establishments like Chez Michel, Chez Fonfon or Le Rhul, or try a triple-Michelin-starred twist by Gérald Passedat at Le Petit Nice, one of the finest restaurants in France.

Take a cookery course in Paris

If you’re inspired to get into the kitchen, you can find classes all over the country. Many of the best and most convenient are in Paris, with durations from as little as a few hours and English instruction available.

Near the Eiffel Tower, the prestigious culinary school Le Cordon Bleu has professional courses as well as short programs and workshops unlocking the secrets of everything from breads to sauces and jus, as well as vegetarian cuisine.

Charming Montmartre is the location of Cook’n With Class, whose options include market shopping, and parent-child classes for families. In the Latin Quarter, Le Foodist has an array of classic French cookery and patisserie courses, as does La Cuisine Paris, in Le Marais, which also offers evening courses to create hors d’oeuvres and appetizers or French bistro dinners.

The Market In Virginia That’s An Antique Shop, Farm Store, and Coffee Shop All In One