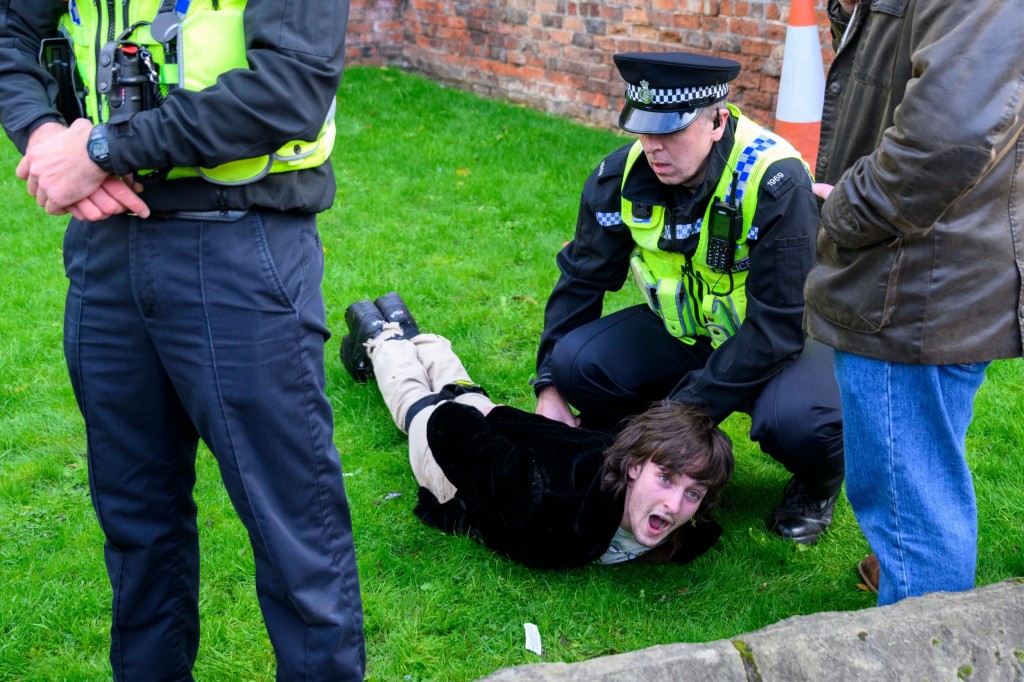 The student suspecting of pelting eggs at the King and Queen Consort has been released on bail with some unusual conditions.

Patrick Thelwell said he has been told he is not allowed to carry eggs outside of his home – unless he is grocery shopping.

He is also banned from being within 500 metres of the Royal couple.

The 23-year-old was arrested on Wednesday after his egg-hurling protest in York.

All three of his throws missed before Charles and Camilla were ushered away.

Thelwell was seen being carried off in handcuffs, and then Metro.co.uk revealed his identity as an Extinction Rebellion squatter who once blocked a bridge as part of a previous left-wing demonstration.

The international relations student has since spoken to The Mirror, claiming the crowd spat at him, ripped out pieces of his hair and ‘called for his murder on the spot’.

He said: ‘The crowd literally screamed and wailed with pure rage – saying that my head should be on a spike.

‘It doesn’t faze me because I understand what fascism is, what it looks like.’

The youngster also said he has received death threats and nasty messages on social media.

He accused the police of ‘holding his mouth shut’ to stop him speaking and ‘kneeing him repeatedly’.

Thelwell went on to try and explain his actions, saying: ‘This is a man [King Charles] who dresses in stolen jewels from India and Africa and every other colony.’

At the time of the protest, he was heard screaming that the country was built on the blood of slavery.

He has reportedly been charged with a Section 4 public order offence, and will appear in court on December 1.