Stephen A. Smith is the president America deserves 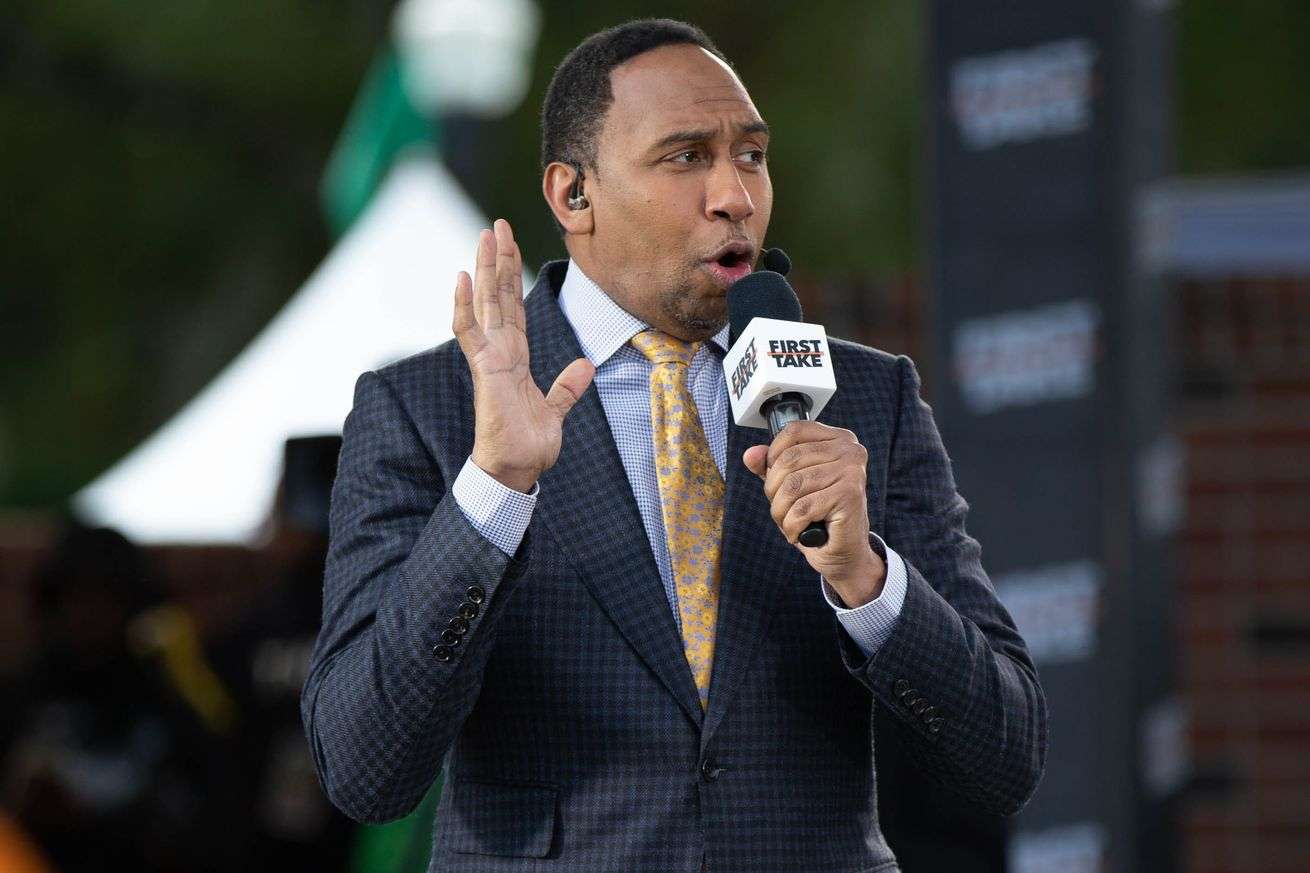 Politics, senators, things of that nature.

Note: Let it be known ahead of time that I have absolutely no clue what Stephen A. Smith’s personal politics are, and in case it actually needs to be mentioned: This is satire. Nobody with a shred of logic would actually advocate for SAS to be president of the United States.

I haven’t felt the need to inherently point out something is satire before, but people absolutely lose it around topics like this, and frankly I don’t need the drama in my life of y’all being up in my Twitter mentions sharing old SAS clips as evidence why he’s not suited to be commander in chief.

The bar to holding political office has never been more accessible. Once the folly of people with law degrees, or those who have a basic understanding of geopolitics — all you need to be a world-class politician in 2022 is an ability to scream loudly and make people believe you. Hell, you don’t even need to really believe the things you’re screaming about, so long as you can grift enough dummies into thinking you side with them.

Enter the GOAT of yelling things loudly he may or may not actually believe.

Stephen A. Smith said on JJ Redick’s podcast that he was approached about running for Senate

Stephen A. Smith was approached to run for senate, but this is setting your sights far too low. It’s limiting your potential. Stopping any possibility of upward momentum and progress. It’s like choosing to be a Knicks fan when the vastly superior Nets are right there for you to support.

So while a nameless individual might have asked SAS to run for senate, I’m putting my name on it. Hello, Stephen A. Smith — my name is James Dator and I would like you to consider running for president of the United States. I’ve given this approximately seven minutes of distracted thought and I cannot think of a single reason this is a bad idea. I know people will have a knee jerk reaction. They’ll say he’s innately unqualified to run for office — but I will counter with a series of watertight facts I just learned after reading the Stephen A. Smith entry on Wikipedia, married with information I already know.

8 reasons Stephen A. Smith is the perfect U.S. President

No. 1: He has years of experience going toe-to-toe with an out of touch old white men

The time SAS dueled with Skip Bayless on First Take makes him uniquely capable of verbally sparring with politicians. Like a public servant Bane, he was moulded by debate and will flourish in this venue.

No. 2: SAS was born in the Bronx, and went to school in North Carolina

Bridging the remaining deep wounds and misunderstanding between the north and the south. Also, SAS went to Winston-Salem State. Know who else is from Winston-Salem? Chris Paul.

Just as Paul dishes out the assists, SAS will assist America. Hell, I just made an entire ticket.

No. 3: Stephen A. Smith is a semi-regular on General Hospital

A TV star as a president? What could possibly go wrong?!

This man has been on ESPN forever, General Hospital, he’s the voice of the stomach in Oberto beef jerky commercials. That range allows him to reach all sorts of Americans will different background and speak directly to them.

No. 4: SAS is a self-made millionaire

This is a man who knows what it takes to grind his way to the top. Not to mention, Smith is actually a really smart dude with an established history of excellent sports takes — but he understood you don’t get that paper unless those takes are hot.

There’s functionally very little difference between spitting hot takes on First Take and spitting them on the floor of congress.

No. 5: Stephen A. Smith loves calling things “blasphemous” that he doesn’t like

What’s more American than that?

No. 6: SAS hates the Cowboys

How about THEM COWBOYS?!?!?! pic.twitter.com/rAeWUVVR1h

It’s time we accepted that while Dallas might be America’s Team in name, they no longer represent us. We can channel this hatred into a new era of understanding and camaraderie.

No. 7: I think he understands the big issues

No. 8: Stephen A. Smith’s father managed a hardware store

Very important in understanding the importance of infrastructure.

If you want to support the Stephen A. Smith presidency …

I dunno. DM me for my Venmo info, or something. I’m not going to lie and pretend the funds will actually be used to get SAS elected. I also don’t have the desire to put in any of the work required to turn him into a candidate as his campaign manager.

However, inspired by SAS I know it’s not about what you say, but how loud you say it. So, in that vein: LET’S MAKE STEPHEN A. SMITH PRESIDENT OF THE UNITED STATES AND SEND ME MONEY TO (not) MAKE THIS HAPPEN!

Evaluating Wilson and the Broncos after minicamp

Fight Night at the Joe: Remembering the legendary Avalanche-Red Wings brawl of 1997

Serena out of Eastbourne after partner injured