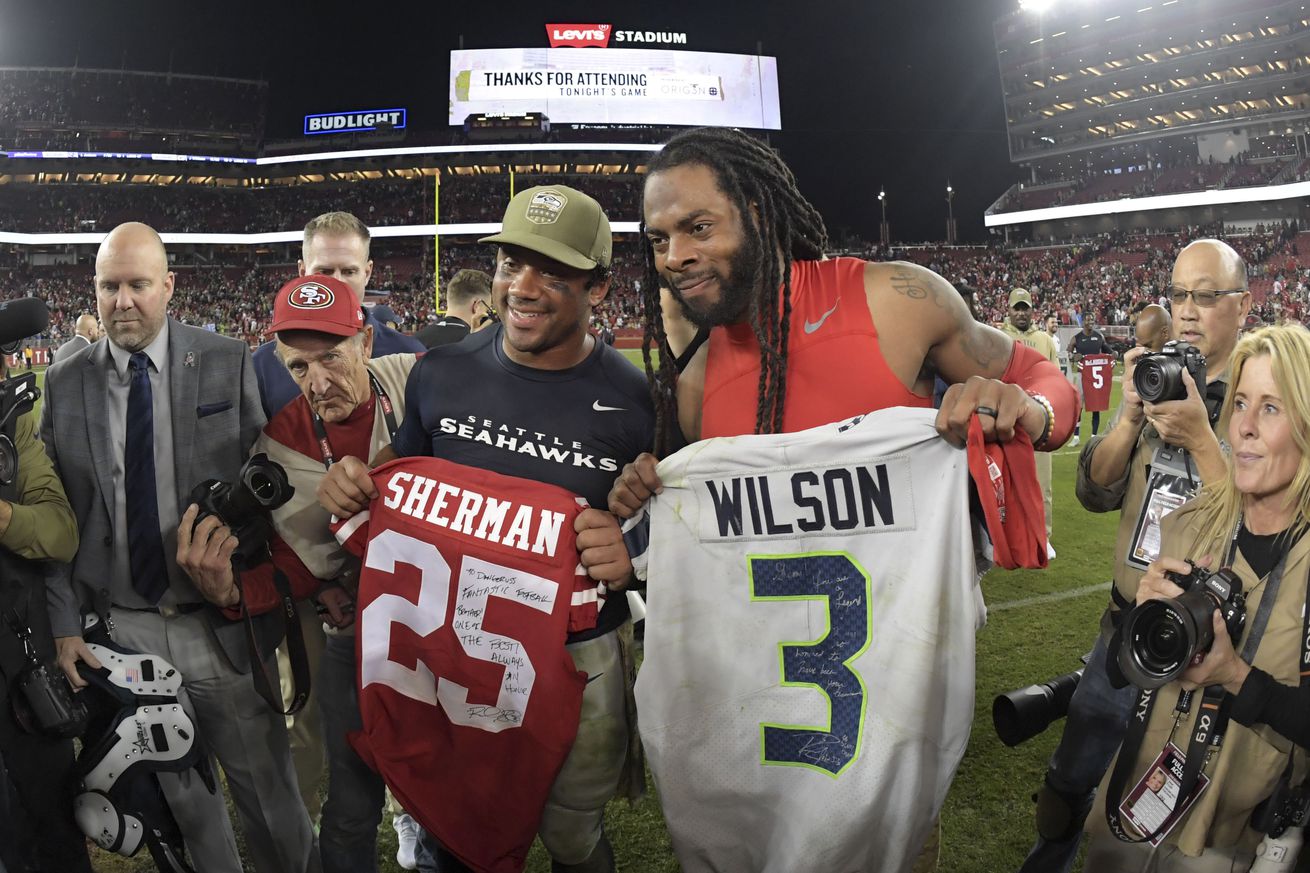 This week on his podcast “The Richard Sherman Show,” the cornerback sat down with former Seattle linebacker K.J. Wright to talk about Russell Wilson, among other topics. In their discussion, they outlined how, in their view, Wilson “received special treatment under Pete Carroll:

But there wasn’t enough years difference for the accountability thing to be like that. Well, he was young. It’s like, well, he’s like a year younger than us. He ain’t that young. When you got 52 guys being held to a certain standard and you got one guy not being held to the standard than it’s gonna cause some friction.

After a while, it had to get to a point where he chose Russ or the defense. And after the Super Bowl loss, he kinda made it pretty clear who he was choosing.

However, as Wright and Sherman allude to, it seems that Carroll has shifted his views since Wilson’s departure. After years of seeking a run-first offense that had Seattle fans begging for the team to “let Russ cook,” Carroll is now hoping that the Seahawks — and Geno Smith — put the ball in the air more:

With Wilson now playing quarterback for the Denver Broncos, the fallout over his time with the Seattle Seahawks continues. After Seattle shocked Wilson and the Broncos in Week 1, current and former Seattle players could barely contain their glee, taking the chance to get their shots in on Wilson:

A MUST WATCH interview with former #broncos DL Shelby Harris on beating his old team. He. Had A LOT too say. Our interview on @nflnetwork pic.twitter.com/KSydYCe0eO

Even the Seahawks themselves got in on the act, poking fun at Wilson’s “let’s ride” promotion that surfaced on social media over the summer:

Among the former Seahawks taking jabs at Wilson on that night was Sherman. The former cornerback, now an analyst with Amazon, posted a few different tweets while at the game.

Sherman really seems to be soaking this in.

It almost makes one wonder if the entire plan for the Seahawks this season is to troll Wilson at every opportunity.