Revealed: One club ahead of Chelsea, Spurs & City in race for centre-back transfer 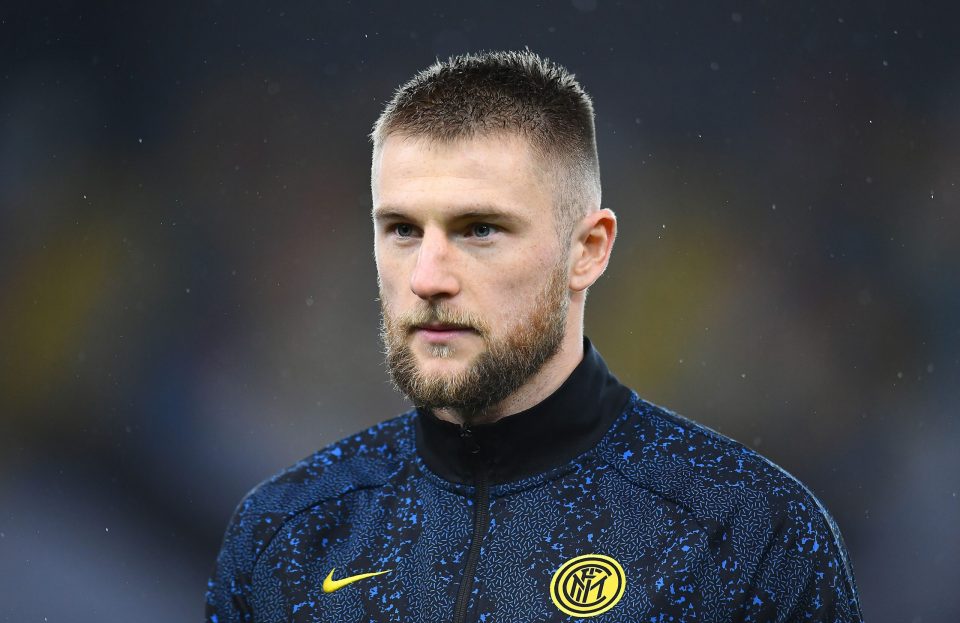 Fabrizio Romano has played down Milan Skriniar links with the likes of Chelsea, Tottenham and Manchester City, following recent transfer gossip about the Inter Milan centre-back.

Skriniar has been a world class performer during his time in Serie A, and it’s unsurprisingly led to rumours of interest from other top clubs around Europe.

A recent report from the Sun claimed that the likes of Chelsea, Spurs and Man City were eyeing up Skriniar, but Romano, writing in his exclusive CaughtOffside column, insists the team showing the strongest interest is Paris Saint-Germain.

“There’s a lot of talk at the moment of English clubs, but my understanding is that the most interested in Milan Skriniar remains … Paris Saint-Germain,” Romano said.

“Manchester City and Spurs have not made any proposal or approach, while Chelsea were focused on signing Wesley Fofana this summer.”

At the moment, Inter are in negotiations with Skriniar trying to extend his contract so we’ve to see how it will end up. His current deal expires in 2023 and I’m sure many clubs would love a top player like this as a free agent, but we’ll have to see what happens with his talks with Inter.

Skriniar looks like he could be a good fit for Chelsea at the moment, even if they did invest in the signings of Wesley Fofana and Kalidou Koulibaly in the summer.

The Blues lost Antonio Rudiger and Andreas Christensen this summer, while Thiago Silva surely cannot go on playing week in, week out at the highest level for much longer.

Revealed: One club ahead of Chelsea, Spurs & City in race for centre-back transfer
Man City attempted to sign Barcelona star but couldn’t sell players to make it happen
Exclusive: Newcastle made “two official bids” for transfer of Premier League star this summer

Tottenham, meanwhile, would surely also be tempted by Skriniar, who previously shone under Antonio Conte when he was in charge at the San Siro.

Man City already have world class options like Ruben Dias and Aymeric Laporte in defence, but Skriniar’s contract situation could make him a tempting option for the Premier League champions.

The post Revealed: One club ahead of Chelsea, Spurs & City in race for centre-back transfer appeared first on CaughtOffside.