Pelosi Shrugs Off Talk Of Call For New Leadership By Younger Members, Again 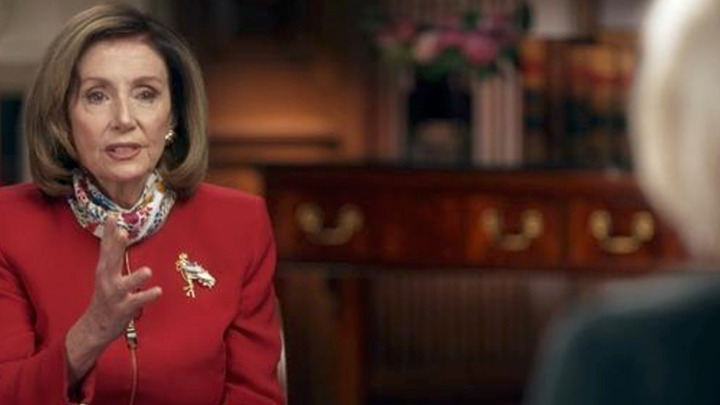 On October 18, Speaker of the House Nancy Pelosi (D-Calif.) rejected a request for new leadership from a member of her caucus. Rep. Elissa Slotkin (D-Mich.), who made the remarks in question, stated on television that the party needed “fresh blood” to lead it going ahead.

“I have been extremely vocal about the need for a new generation, even with my own leadership in the House. Slotkin said on NBC’s “Meet the Press” that “We need new blood, period, across the Democratic Party, in the House, the Senate, and the White House.”

I’ve indicated that I believe we require new leaders. There should be some leaders from the Midwest, right? To represent the centre of the country has been crucial to me, she remarked. We are also present, and I do believe that fresh blood is beneficial.

Pelosi acknowledged the need for some “generational shift” during a subsequent interview on MSNBC’s “Andrea Mitchel,” but she underlined the need of seasoned leaders.

Pelosi agreed that there should be a generational shift. “We do, of course. But in some circumstances, experience is necessary.

Win, baby. That was Pelosi’s response when asked what advice she would give to her caucus, in particular the younger members pushing for a larger role in the 118th Congress. Just triumph.

If that’s what you have to say in order to win, that’s OK, and we won’t do anything other than [be] completely supportive—mobilization-wise, message-wise, and financially—for those folks to win their campaigns, she said.

Slotkin is only the most recent Democrat to advocate for generational shifts in order to advance the party.

Rep. Abigail Spanberger (D-VA), another young, relatively unknown face among House Democrats, made such calls towards the end of September.

Specifically, when Majority Leader Steny Hoyer (D-Md.) postponed a scheduled vote on a bill that would outlaw stock trading by members of Congress and their families, Spanberger criticized her party for what she called “a failure of House leadership.” The latest incarnation of a bipartisan effort that has gained momentum over the last year was the proposed legislation, and Spanberger suggested that the delay in reviewing it was indicative of more serious problems with the party’s present leadership.

Spanberger made the same demand for the election of fresh leaders as Slotkin. As I’ve long stated, this episode “marks a failure of House leadership and it’s just another illustration of why I feel that the Democratic Party needs new leaders in the hallways of Capitol Hill.” “Leadership opted to disregard these voices, push them aside, and search for new ways they could drag the media and the public along—and dodge public criticism—instead of bringing Members of Congress who are concerned about this subject together.”

“The package issued earlier this week was engineered to fail,” she said, “so it’s obvious that House leadership does not have its heart in this endeavor. It was devised to make reform initiatives look as though House Leadership wanted to act, while also complicating a simple reform priority—banning Members of Congress from purchasing and selling individual stocks.

There are generational divisions within the Democratic Party between the old guard Democrats and the newer legislators who were elected during the 2018 blue wave.

The party leadership has an average age of nearly 72 years old, including three octogenarians, despite the fact that House Democrats are, on average, 59 years old, according to FiscalNote statistics.

When Democrats forced Pelosi to promise that she wouldn’t run for speaker again in 2018, generational cracks between the party’s old guard and new Democrats started to show. She eventually broke her word, winning a second term as speaker of the 117th Congress.

Pelosi also looks amenable to serving as the leader of the House Democrats for another term. Pelosi declined to make good on her earlier commitment to resign when asked by reporters if she will run for speaker or minority leader again.

However, Democrats other than Slotkin and Spanberger have also called for a leadership turnover in the party.

Few members of their caucus, like Representatives Angie Craig of Minnesota and Dean Phillips of Minnesota, have gone so far as to demand that President Joe Biden and other current Democratic leaders be replaced by a “new generation” of Democrats.

As more youthful Democrats have established themselves in Congress, there has been a gradual increase in calls for this. Uncertainty still exists over the number of party members who agree with the viewpoint; most Democrats have worked hard not to seem divided in front of a difficult midterm election.

But after the election, power clashes between seasoned politicians and ambitious newcomers may come to the surface—especially if Republicans win back control of the lower house, as experts anticipate.