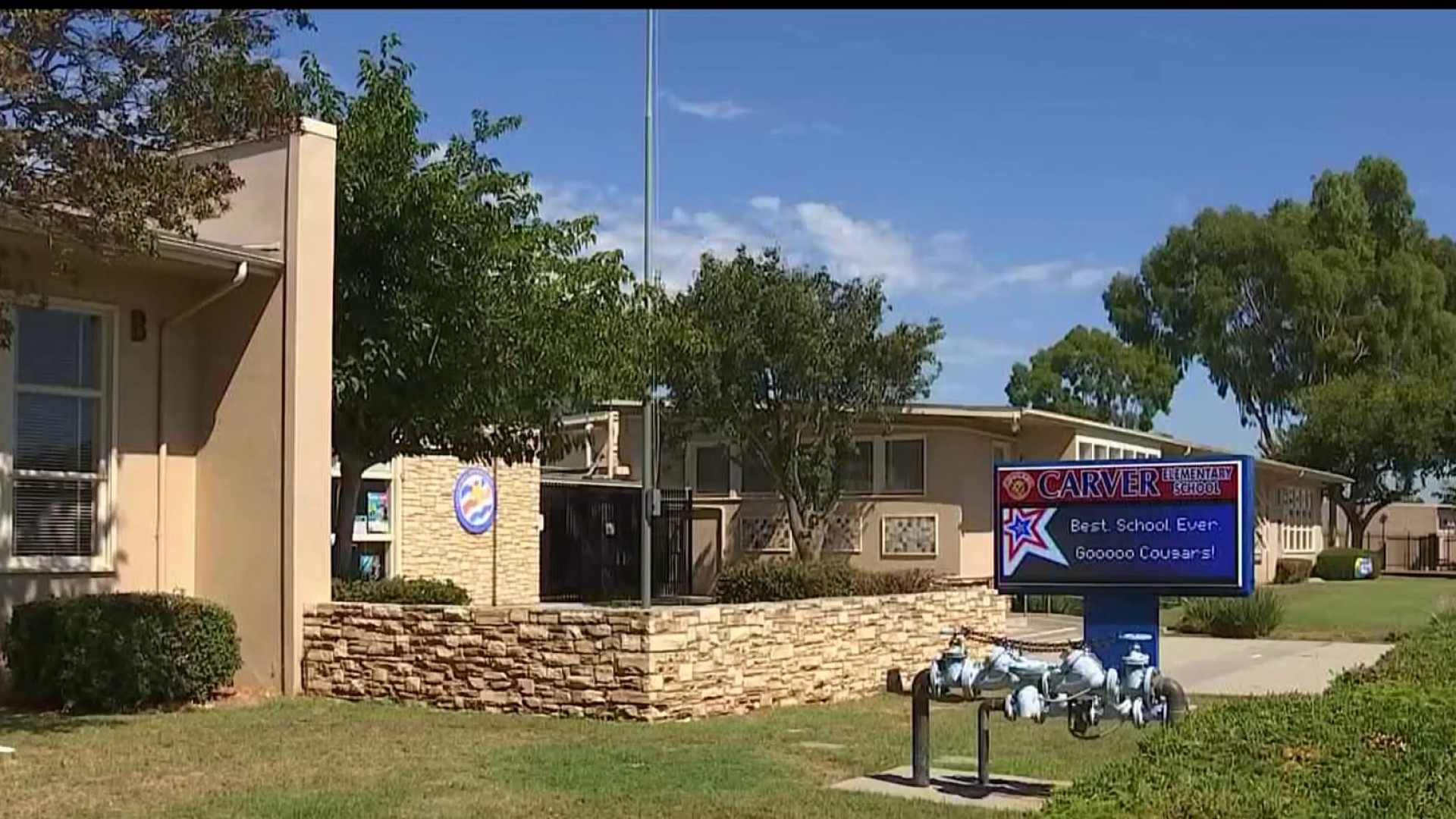 The Long Beach Unified School District says all of their schools will have air conditioning within the next eight years, but parents who have children who go to these schools today want a solution now.

“This is insane. our district is building new gymnasiums for schools, they’re updating fields, but they can’t put air conditioning in classrooms? it’s an actual health and safety risk,” parent Tiffany Siebert said.

A group of parents with children at Long Beach Unified Schools are calling it an emergency.

No air conditioning on several school campuses — during these record-breaking heat waves.

Siebert has two children at different Long Beach Unified Schools, and neither campus has air conditioning.

In a statement to NBC4, the school district says “About 80 percent of our schools have widespread air conditioning.”

Back in 2016, voters approved a multi-million dollar bond measure to install new central heating and air conditioning systems on campuses that didn’t have it.

The problem is, the construction timeline is slow.

“None of my kids will benefit from that,” parent Odalys Mongi said.

Mongi has two kids who go to Patrick Henry Elementary School, and according to the district’s website, new heating, ventilation, and an air conditioning system won’t happen until 2027-2028.

She, like Siebert and a group of others, want solutions now.

“It’s been insane, honestly. The first couple of weeks were just miserable for them. My daughter, who is 4 in TK, I went into her classroom on back to school night on september 8, and the teacher had a thermometer in there and it was at 100 degrees,” Mongi said.

The school district says they cannot fast track the construction, writing in their statement “the installation of air conditioning district wide is, by necessity, a multi-year project due to various factors including available labor, materials and the fact that school bond funds are issued in increments (we wouldn’t have the funds or capacity to complete all projects at once).”

In the meantime, Long Beach Unified says school staff has been making adjustments like using fans in classrooms, rotating students into spaces that are air conditioned like libraries, and opening windows and doors earlier in the morning for better air circulation.

The district also says that because a lot of these schools are much older buildings, the electrical systems have to be upgraded first before air conditioning units can be installed and you can’t simply just plug one in.