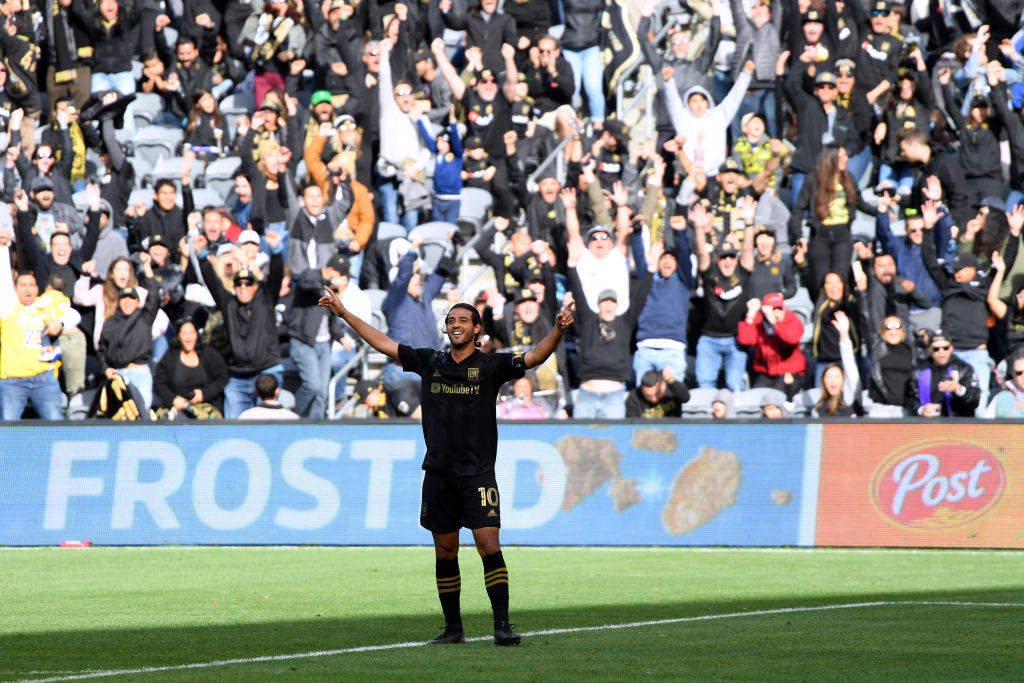 Los Angeles FC spent most of this year reigning atop the Major League Soccer standings. eventually claiming the Supporters’ Shield as the league’s regular season champions for the second time in four years.

And because this star-studded club plays in MLS, a dominant season and a half-decade of remarkable success could be seriously dampened by one 90-minute playoff game against its crosstown rivals Thursday night.

“We know that all the things we did in the past during the season don’t matter anymore,” LAFC forward Carlos Vela said. “It’s a totally different competition now.”

LAFC opens the MLS postseason eager to avoid the disappointing fate of another Los Angeles sports powerhouse that plays 6 miles from Banc of California Stadium.

While baseball people debate the fairness of the expanded postseason, first-year LAFC coach Steve Cherundolo was busy preparing MLS’ top team for a knockout playoff game that could have an outsized impact on how some fans view the season, even if it shouldn’t.

“It’s certainly different than playing for a Supporters’ Shield,” Cherundolo said. “You have 34 chances to get that job done. In a knockout environment, you have 90 minutes or 120 minutes and penalties if you need. Not really sure this is the best way to measure a team’s performance over the entire season, so it’s about Thursday night.”

Only seven of the last 26 MLS regular-season champions also raised the MLS Cup, and only two teams have done it in the past decade. LAFC also won the Supporters’ Shield in its second season of existence under coach Bob Bradley in 2019, but then lost to Seattle in the Western Conference finals.

Cherundolo grew up in Southern California, but he spent most of his adult life as a player and coach in Germany, where regular season success is the ultimate goal. That’s the case in about three-quarters of the world’s domestic leagues, including every top European league.

With that background in mind, Cherundolo tells his players to think about the playoffs not as an extension of the regular season, but a Cup competition with a separate narrative and outcome.

“Every title means something, and to me, they’re all the same,” said Cherundolo, who broke the MLS record for victories by a first-year head coach. “The teams that I’m coaching, we’ll try to win every single competition we play in. They all mean something, so I don’t really put one above the other. … We have forgotten that (Supporters’ Shield). We have put that on the shelf in the building, and we are moving on, and that means nothing on Thursday.”

LAFC got a brutal matchup for the first of a potential three playoff rounds: The club begins at home against the Galaxy, who steamed into the playoffs in their best form of the year.

LAFC has won just one of its last six meetings with the Galaxy, who lost just once in their final 11 games of the regular season before beating Nashville last weekend in the opening playoff round. Coach Greg Vanney’s club is rolling behind Javier “Chicharito” Hernández and Riqui Puig, the electrifying 23-year-old midfielder newly arrived from Barcelona.

“They’ve changed some pieces, but it’s still the same game,” Cherundolo said of the Galaxy. “They’ve changed a little bit in their progression and positional play … but at this stage of the season, nobody is trying to reinvent themselves. I think they have a little more confidence than they had in the middle of the season.”

LAFC isn’t in top form, winning just three of its final nine matches before trying to stay sharp during its current 11-day break with an opening-round playoff bye. The parallels to the Dodgers’ circumstances are remarkable, but Cherundolo is still confident his top players will perform when needed most.

Gareth Bale hasn’t been a major factor since the longtime Real Madrid winger moved stateside in the summer. The captain of Wales’ World Cup squad has started only twice in 12 appearances while playing 347 total minutes, and while he scored two goals early in his tenure, he is scoreless in his last eight games.

Italian star Giorgio Chiellini has contributed more, making nine starts in central defense and clearly having a leadership impact on his younger teammates since arriving from Juventus during the summer.

But LAFC is loaded with talent, and top goal-scorers Vela and Cristian Arango are healthy and ready to lead this team as if it’s got nothing to lose Thursday.

“As players, we live for the big games,” LAFC midfielder Kellyn Acosta said. “It’s more excitement than nervousness. It’s serious in a sense, but we’re having fun out there. We play a child’s game for a living.”